We offer 3 Day Trip to Abu Simbel with Aswan and Luxor from Cairo by flight t Visit Aswan Highlights by a modern A/C Car, Visit  Phiala temple, the Unfinished Obelisk, The High Dam, and Abu Simbel temples, drive to Luxor and visit the valley of the kings and the temple of Queen Hatshepsut and Karnak

Early morning, we will pick you up from your hotel in Cairo by private A.C. Car at 04:00 to be transferred to Cairo airport for a short flight to Aswan. The flight departs at 07:00 and arrives atAswa at 008:25  Upon arrival in Aswan .you will meet your private tour guide who will join you to visit:
You will visit the High dam, Phiala temple, the Unfinished Obelisk and Enjoy sailing on the Nile with Egyptians Felucca
►❤  Phiala temple:
Built to honor the goddess Isis, this was the last temple built in the classical Egyptian style. Construction began around 690 BC, and it was one of the last outposts where the goddess was worshipped. 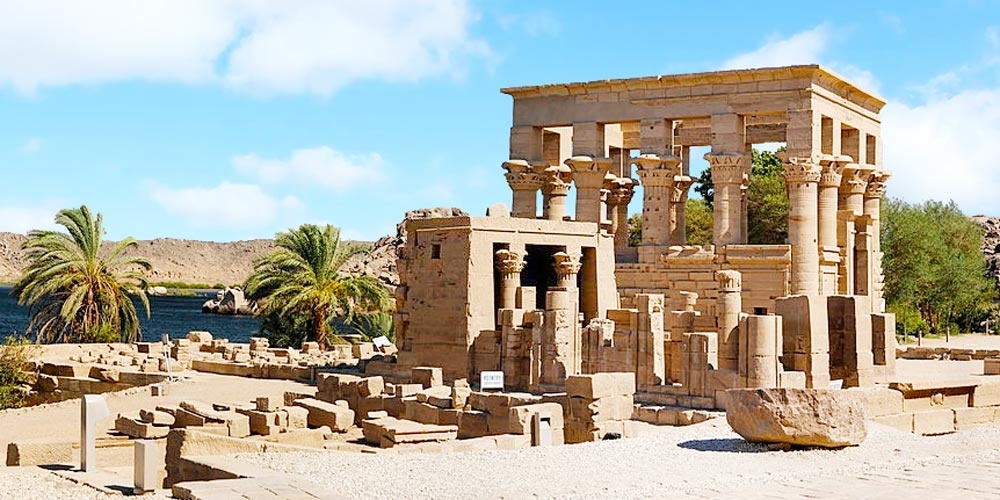 ►❤  The high Dam:
Aswan High Dam is a rock-fill dam located at the northern border between Egypt and Sudan. The dam is fed by the River Nile and the reservoir forms Lake Nasser. Construction for the project began in 1960 and was completed in 1968. It was officially inaugurated in 1971. 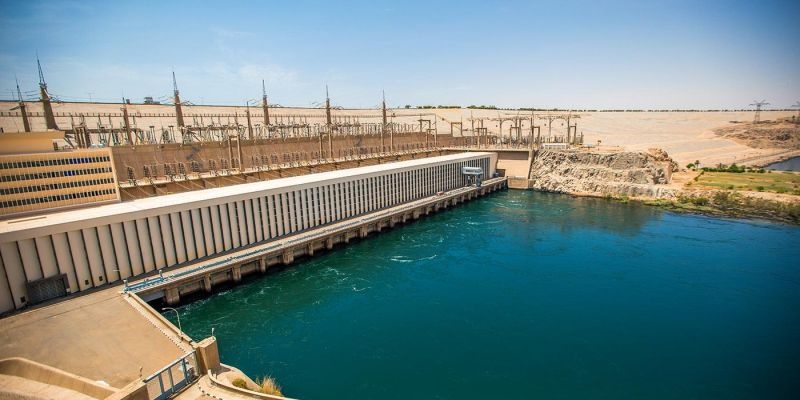 ►❤  The unfinished obelisk:
Aswan was the source of ancient Egypt’s finest granite used to make statues and embellish temples, pyramids, and obelisks.
The large unfinished obelisk in the Northern Quarries has provided valuable insight into how these monuments were created, although the full construction process is still not entirely clear. Three sides of the shaft, nearly 42m long, were completed except for the inscriptions. At 1168 tonnes, the completed obelisk would have been the single heaviest piece of stone the Egyptians ever fashioned. 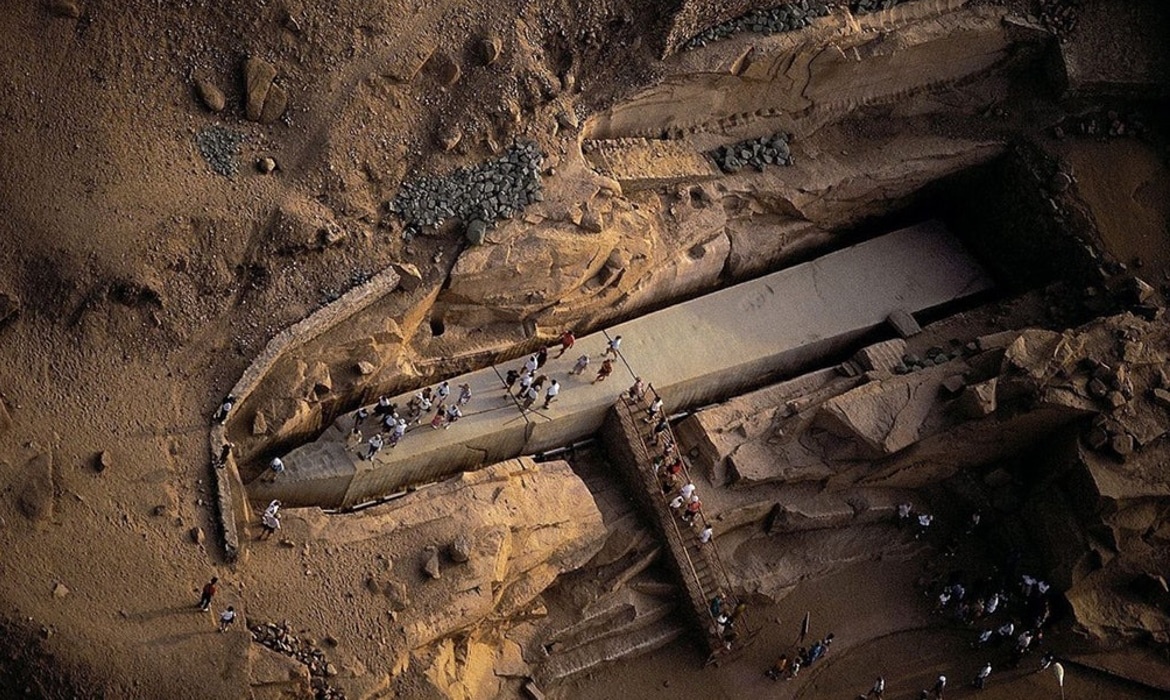 ►❤  Optional trip to the Nubian village

The Nubian village is one of Aswan's attractions. It's worth visiting and spending  2 hours. The place is very authentic and genuine, Colorful and artistic, the Nubian Village will surprise you in every corner! While walking in the village, you will straight away feel the soul of this place!
►❤  Optional Trip to the sound and light show at Phaila Tempel
Travel through history and discover the secret behind the name Philae. Enjoy an exceptional journey at the Philae temple Sound and Light show, which will steal your heart by revealing the ancient secrets and mysteries.
Overnight in Aswan
►❤ Day 2-Aswan-Abu Simbel- Cairo
An early pick-up from your hotel in Aswan at 04: 00, travel by air-conditioned vehicle from Aswan to Abu Simbel, It takes 3 hours driving to the temples of Abu Simbel before the heat of the day.
The two temples were Carved out of the mountainside during the reign of Pharaoh Ramesses II in the 13th century BC,
Upon arrival, an Egyptologist guide will tell you all about one of the greatest and most whimsical pharaohs in Egyptian history. Marvel at the main façade of the Great Temple to Ramesses II and its 4 statues of the pharaoh seated on his throne following his advancing age.
In theory, the main temple is dedicated to Amon-Re Horakhty and Ptah, but in practice, it was constructed for the greater glory of its builder, Ramses the Great. Continue to the smaller temple of Ramesses' consort, Queen Nefertari, situated right next to the Great Temple. Admire the impressive rock-cut façade depicting the pharaoh and his queen. Re-board the coach at
Lunch will be served in Aswan
At 16:00 sailing trip with Felucca around Elphinatine island and Visit Lord Kitchener island-
Overnight in Aswan 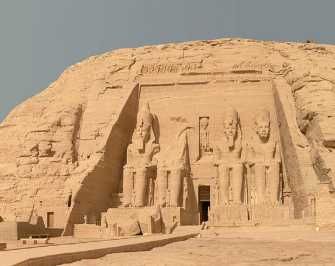 ►❤ The Valley of the Kings:
Once  called the great Place of the Truth, this valley is Called now the valley of the Kings, It is a Majestic domain of the Pharaohs who once lay in great stone Sarcophagi, awaiting immortality, The isolated valley behind Deir el Bahri is dominated by the Pyramid-Shaped Mountain Peak
►❤ The colossi of Memnon:
Massive  pair statues Known as the  Colossi of Memnon, Rising about 18 M from the plain, are the remains of what was once the largest  complex on the west bank, Built by Amenhotep the Third
►❤ The Queen  Hatshepsut  temple :
Rising out of the desert Plain, in a series of terraces, The temple of  Hatshepsut  Mergs with sheer limestone cliffs on the eastern face of the Theban Mountain as if Nature herself had built this Extraordinary monument.

s more than A temple, is a spectacular Complex of Sanctuaries, Kiosks, Pylons, and Obelisks, All dedicated to the Theban gods and to the Greater Glory of Egypt`s Pharaohs,  Karnak

was the Most Important place for the worship of the Theban Triad(Amun, Mut, and Khonso)
Lunch will be served during the trip
Transfer to Luxor airport for a domestic flight to Cairo. 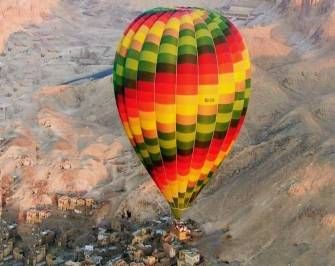