Cairo Day Tour (Giza Pyramids – Egyptian Museum ) start your Cairo Day Tour to visit Pyramids of Giza, visit The Great Pyramid of the king Cheops belong to the four dynasties, visit Chephren & Mycerinus pyramids, then drive to the panorama area, take memorable photos of the three Pyramids together, continue visiting the Sphinx and the Valley Temple, Next tour to the Egyptian Museum including Tutankhamun treasures, Optional to visit the Mummy room, and Overnight in Cairo. Pick Up time from your hotel at 08:00 am with your Egyptologist tour guide, Enjoy a fantastic orientation tour of Cairo on an 8-hour excursion that takes in the major monuments of Old Cairo and the maze of streets and stalls of the historic Khan El Khalili Bazaar. Following a hotel pick-up from Cairo or Giza, you will drive up to the Saladin Citadel, constructed by Salah al-Din on the Moqattam Hills in 1183 AD as a defense against Crusader armies. Known for its fresh air and sweeping views of Cairo, it is now a preserved historic site of mosques and museums, including the Mosque of Muhammad Ali Pasha.

Continue to the Khan el-Khalili Bazaar, one of the oldest bazaars in the Middle East. Discover a maze of alleys that have been at the centre of Cairo’s trading activities since the 14th century. Breakfast on the board on the Nile cruise, Breakfast on the Nile Cruise, Visit the west bank of the Nile Including
► The valley of the Kings:
Once  called the great Place of the Truth, this valley is Called now the valley of the Kings, It is a Majestic domain of the Pharaohs who once lay in great stone Sarcophagi, awaiting immortality, The isolated valley behind Deir el Bahri is dominated by the Pyramid-Shaped Mountain Peak
► The colossi of Memnon:
Massive  pair statues Known as the  Colossi of Memnon, Rising about 18 M from the plain, They are the remains of what once the largest  complex on the west bank, Built by Amenhotep the Third
The Queen Hatshepsut temple:
Rising out of the desert Plain, in a series of terraces, The temple of Hatshepsut Mergs with sheer limestone Cliffs of the eastern face of the Theban Mountain as if Nature herself had built this Extraordinary monument.
13:00 sail to Esna lock, lunch during the sail
18:00 arrive, Esna Lock, Sail to Edfu, Dinner onboard.
Overnight on board of the Cruise in Edfu. The temple and the associated settlement site are located 40 K.M north of Aswan, the temple was dedicated to the deities Sobek and Horus and dates mainly to the Ptolemaic and Roman period (332 B.b -395 A.c)

21:00 arrive Aswan and overnight onboard the Cruise. Dinner and overnight onboard the Cruise 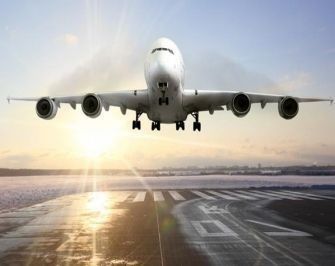 Reservations should be made as early as possible to book the desired Nile cruise, spaces will be secured upon receiving a deposit of 25 %, and during the Christmas and New Year holidays, the required deposit is 50%. This deposit forms part of your final payment. Deposits can only be made by credit cards, wire transfer, and or the Western Union