4 days tour to Alexandria and Siwa oasis from Cairo

►❤ Day 1-Cairo - El Alamein
Pick up time from your hotel in Cairo at 07:00  and drive to   El Alamein  From  Cairo
To:  El Alamein, Egypt.
Driving distance: 250 km
Duration: 3  hours .
El Alamein    Controlled the north African coast which opens the way to the whole of Egypt and the trade routes to the Far East via the red sea and the Indian Ocean. During the second world war, the Axis powers wanted to dominate Egypt in order to close Britain`s sea routes to its colonial empire, which the British were desperate to protect. starting in 1940 with the Italian invasion of Egypt via Libya, The coastal town of Al Diffa was the scene of the ongoing battle.
►❤ El Alamein    Museum
The small   El Alamein museum,  about 1 mile west of the British memorial, is located on the north side of the road, for anyone interested in the war Memorabilia. it is worth a stop. Created in 1965 from debris found on the battlefield, It contains uniforms, Weapons, Flags and other war Paraphernalia. Displays include Photographs and the battle sites
►❤ El Alamein    War Cemetery
It was designed by Sir Herbert Worthington and is maintained by the British war graves commission in   Cairo, Here 7,367 men from Britain, Newzealand, Australia, South Africa, Greece, France, India, and Malaysia are buried in individual graves, while 11,945 men, whose bodies were never found, are honored in the cloister that precedes the graveyard
Beyond the cloister is the Individual graves, each, topped with white Marker, Approximately 815 soldiers were identified and their names are inscribed over the graves
►❤ The German war Memorial
Thee kilometers, west of the Italian marker, the German war memorial is a single octagonal building erected in 1959, overlooks the sea, Patterned after the castle del Monte. the memorial contains the bodies of 4280 German soldiers, at the Entrance, it stands an impressive golden mosaic, to the right of the entrance is a small chapel where families and friends honor the dead with wreaths, Photographs, and memorial ribbons.
►❤ The Italian Memorial
The Elegant white marble Italian Memorial, the largest structure at    El Alamein  .stands 5 kilometers beyond the German Memorial, it was designed by Paolo Caccia dominoni who served  at El-Alamein and also wrote a book about it
In the Entrance,  there is a small museum and  in the chapel is inscribed ( To 4800 Italian soldiers, sailors, and airmen, the desert and the sea did not give back 38,000 who are  missing)
The main memorial overlooks the sea at the top 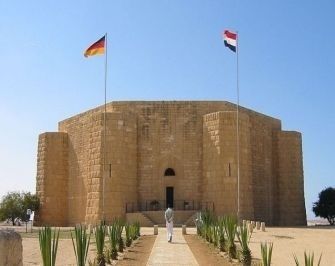 Then drive to Siwa from   El Alamein
It took 5 hours to Siwa . On arrival, you are going to visit Shali fortress before you go to watch the sunset at Ftmas Lake in Siwa then go to The most famous restaurant in Siwa to have your lunch  . After that, you will go to your echo lodge hotel to have a rest .

Breakfast at the hotel.
Pick up at 09:00 am from the hotel. You will visit today's Siwa attractions,
►❤   the Mountain of the Dead
is a conical mountain a little over a kilometer to the north of Shali. Tombs from the twenty-sixth Dynasty, Ptolemaic, and the Roman periods are cut into the side of the mountain, There are four tombs worth seeing at Gebel Al – Mawta.
►❤ Temple of the Oracle
then proceed to  Alexander the Great Temple is also known as the Temple of the Oracle. It is believed that Alexander the Great wished to consult the Siwan oracle to seek confirmation that he was the son of Zeus. The Greek god of gods, when he and his entourage arrived at Siwa oasis after a long trip through the desert. Then drive to the salt lake at 08:30
at 09:00 then Proceed to the salt lake to get an amazing experience to swim, the water makes you float above
►❤  Cleopatra's bath
at 11:00 Then proceed to (Cleopatra's bath )The spring of the sun. It has been mentioned by travelers to Siwa, The legend maintains that Cleopatra swam here, Then Proceed to the temple of Umm Ubaydah or Amun temple, Just 200 m further from the Temple of the Oracle, the temple was erected by the pharaoh Nectanebo of the 30th Dynasty,
12:00( Taste the Siwan lunch )  in a Siwan restaurant at Abdo restaurant,
Then you will adventure the desert by discovering the Great Sand Sea. by Jeep 4x4, Visit the hot and Cold spring Bir Waheed  Later, we enjoy some traditional Bedouin Tea by sunset& Overnight in desert Camp and Enjoy Bbq Dinner. If you need to Sleep in a Hotel instead of the camp, This is also available. we have nice Ecolodges in Siwa 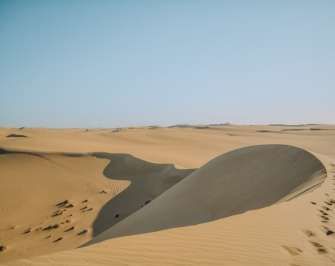 Breakfast at the Camp at 07:00 then drive back to   Siwa oasis

►❤   Cairo-Alexandria
Start your private tour in Alexandria, starts at 9:00 am with Pickup from your hotel by our Egyptologist, and transfer by Private A/C Vehicle
Start your day Tour in Alexandria Visiting The Roman  Catacombs of Kom el Shoqafa
►❤  The Catacombs Kom el Shoqafa :
Archaeologists believe that the Catacomb of Kom el Shoqafa was started in the 2nd century A.D. and was used to intern the dead for the next 200 years. This was a period in the history of the city of Alexandria when there was a great mixture of different cultures. Of course, there was the ancient history of the great Egyptian kingdoms which went back thousands of years
►❤  Pompey Pillar:
Has nothing to do with Pompey. The story behind the name refers to the possible burial ground of the Roman general when he fled to Egypt and was assassinated after losing a major battle in Greece against Caesar. The red granite column was probably built to honor Emperor Diocletian. Today it stands 25 meters high and is the tallest ancient monument in Alexandria
►❤   The Citadel of Sultan Qeitbay:
The Citadel was built in the 15th Century by the Mamlouk Sultan Qeitbay, To Guard the City against the threat of Crusaders, This wonderful Islamic Monument was built by the use of the ruins of the old Lighthouse that was constructed by Ptolemy 11 in 3rd Century B.c. The Lighthouse was damaged during an Earthquake that Occurred in Egypt in 1303 A.c during the reign of the Mamlouk King  Qeitbay
Lunch in Alexandria in Egyptian Restaurant
►❤  The new Library of Alexandria :
The Library of Alexandria was reborn in October 2002 to reclaim the mantle of its ancient namesake. It is not just an extraordinarily beautiful building; it is also a vast complex where the arts, history, philosophy, and science come together. Moreover, the myriad activities it offers have made it a place for open discussion, dialogue, and understanding.
At the end of your tour check into your hotel in Alexandria, 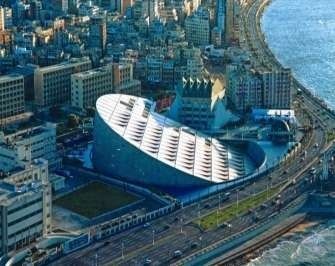 After finishing your tour in Alexandria around 5 pm .You will go back to your hotel in cairo for 3 hours driving .

Prices Quoted Per Person in U.S.D

Note: The Program Can be extended to be 5 days 4  Nights with 75 $ Per Person Extra