6 Days tour Package Nile cruise and Cairo from Marsa Alam Includes 3 nights amazing Nile Cruise from Marsa Alam between  Aswan and Luxor, you will discover the many archaeological treasures, like Abu Simbel, The valley of the kings, and Giza Pyramids

Our representative will pick you up from the hotel in  Marsa Alam .Transfer to Aswan to board your Nile cruise.Lunch on board the Nile Cruise, proceed
Visit of Aswan including the Temple of Philae and tour by Felucca around Elephantine, the high Dam, the unfinished Obelisk

►❤Phiala temple:
Built to honor the goddess Isis, this was the last temple built in the classical Egyptian style. Construction began around 690 BC, and it was one of the last outposts where the goddess was worshipped.

►❤ The high dam:
Aswan High Dam is a rock-fill dam located at the northern border between Egypt and Sudan. The dam is fed by the River Nile and the reservoir forms Lake Nasser. Construction for the project began in 1960 and was completed in 1968. It was officially inaugurated in 1971.

►❤ The Unfinished Obelisk  :
Aswan was the source of ancient Egypt’s finest granite, used to make statues and embellish temples, pyramids, and obelisks. The large unfinished obelisk in the Northern Quarries has provided valuable insight into how these monuments were created, although the full construction process is still not entirely clear. Three sides of the shaft, nearly 42m long, were completed except for the inscriptions. At 1168 tonnes, the completed obelisk would have been the single heaviest piece of stone the Egyptians ever fashioned.

Breakfast & Lunch on board the cruise.Early Visit to Abu Simbel from Aswan 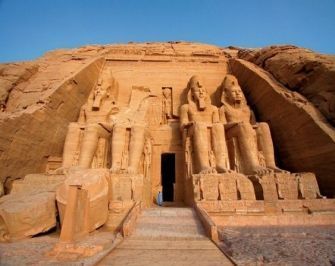 Breakfast on the board on the Nile cruise, Breakfast on the Nile Cruise, Visit the Edfu
►❤ Edfu temple :
Upper Egyptian site dominated by a large well -Preserved temple, dedicated to the hawk-God Horus, The Construction of Ptolemaic temple of Horus, which was founded on the site of a much earlier temple, dated to the period between the reigns of Ptolemy the Third(246 B.c), The descriptions on the walls include the Myth of contending of Horus and Seth(Probably performed annually as a religious Drama.
Sail to   Luxor  through Esna lock
Visit   Luxor  temple
►❤ Luxor  Temple:
Largely built by the New Kingdom Pharaoh Amenhotep the Third and Completed by King Tutankhamon and the Great King Ramses the second, The First pylon was raised by Ramses the second and Decorated with His Military Battle of Kadesh.
Dinner &overnight on board the Cruise.
Galabyia Party. 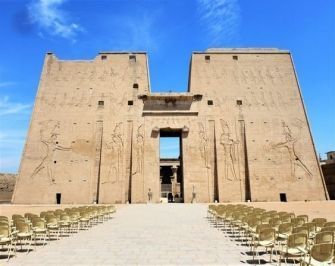 ►❤ The Valley of the Kings :
Once  called the great Place of the Truth, this valley Called now the valley of the Kings, It is a Majestic domain of the Pharaohs who once lay in great stone Sarcophagi, awaiting immortality, The isolated valley behind Deir el Bahri is dominated by the Pyramid-Shaped Mountain Peak

►❤ The Queen  Hatshepsut  temple :
Rising out of the desert Plain, in a series of terraces, The temple of  Hatshepsut  Mergs with sheer limestone Cliffs of the eastern face of the Theban Mountain as if Nature herself had built this Extraordinary monument.

was the Most Important place for the worship of the Theban Triad(Amun, Mut, and Khonso)
Lunch will be served in  Luxor

Depart to Cairo by the sleeping train

►❤ Day 5- Giza Pyramids and the Sphinx

Upon arrival at Cairo airport you will be met by your private guide to visit :
►❤ Giza Pyramid Complex:
The complex includes three main pyramids, six little pyramids, the great sphinx, and the Valley Temple . The complex dates back to the 4th dynasty 2400 years B.C.
►❤ The Great Pyramid:
It is the oldest and largest of the three pyramids of the Giza plateau and the only one to remain intact from the 7 Wonders of the Ancient World. The height of the great pyramid is 147m, the number of stones used in construction is 2,300,000 and it took twenty years to be built.
►❤ The Great Sphinx:
It is the largest statue in the world, standing 73 m. long, 19 m. wide, and 20 m in height. It is the oldest known monumental sculpture.
►❤ The Valley Temple:
A Granite mortuary temple used by Ancient Egyptians for the mummification process and this is the only remaining one at Giza plateau.
Lunch will be served at the Pyramids/ Nile view restaurant, then move to visit:
►❤ Khan El Khalili Bazaar:
No visit to Cairo is complete without a stop at Khan EL Khalili bazaar; one of the most famous and oldest bazaars in the Middle East.Then transfer to your hotel in Giza for overnight. 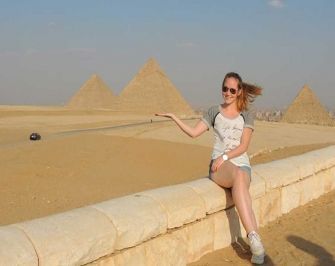 Check out after breakfast, then join your private tour guide to visit  Cairo  Highlights including:
►❤ The Egyptian Museum :
The museum displays a rare collection of 5000 years of art. Over 250,000 genuine artifacts are presented, including an exhibit dedicated to Tutankhamen collection of treasure, gold, and jewelry which was enclosed in his tomb for over 3,500 years.
Lunch will be served at local restaurant in  Cairo  then proceed to visit
►❤ Salah el-Din Citadel:
It served as Egypt's seat of government till the 1860s,  Cairo  Citadel is a magnificent fortress. It was constructed during Salah ad-Din reign. The construction work has started in 1176 and was completed in 1182. Then pay a visit to
►❤ Mohamed Ali Mosque:
It was constructed between 1830 and 1848, the mosque named " The Alabaster Mosque" because of most of the walls made out of pure alabaster. The mosque is a replica of the Blue Mosque in Istanbul
Then transfer to  Cairo  airport for flight to  Hurghada  and transfer to your hotel in  Marsa Alam 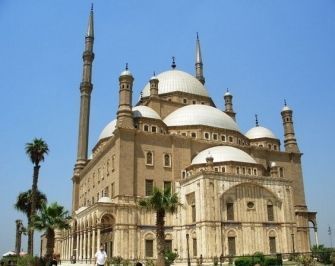 ►❤ The Price for groups