Gebel Maghrafa, Mountain of the Ladle, and Dist (they are 50 meters apart) dominate the plain around Bir Ghaba. Maghrafa, the smaller of the two mountains, is an Oligocene ferruginous butte, 600 meters (1920 feet) round at the base and 15 meters (48 feet) at the top. Paralititan stromeri (Stromer's Tidal Giant) is the name of the dinosaur that was redis-covered recently by a Penn/Egyptian Geological Museum team. It is named not only for its location along the shores of an ancient sea, but for its size, being the largest and heaviest dinosaur known, and for the man who first found dinosaurs in Bahariya, the German scientist Ernst Strome, Stromer found the giant creature in 1914 at the base of Gebel Dist. 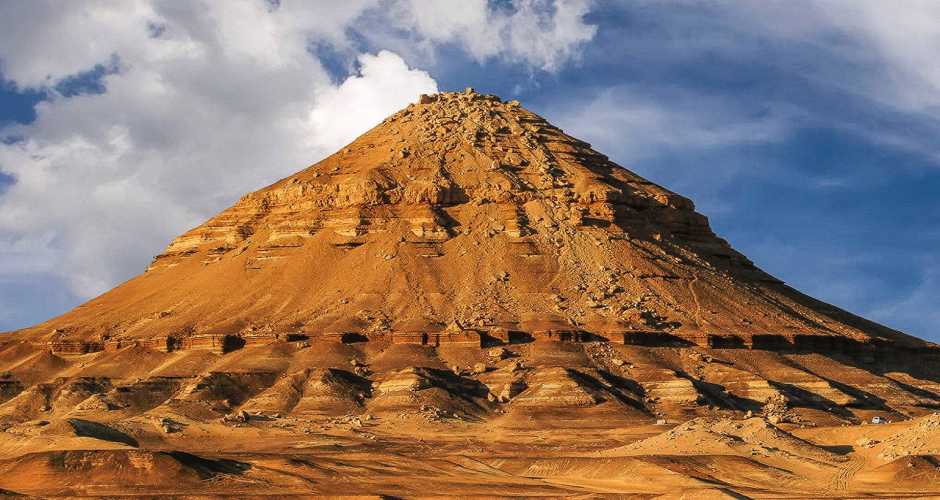 His research and samples were lost during World War II when his Munich museum was destroyed by Allied bombing. The modern scientists found five tons of material including 16 bones of the giant, some in fragments, but one arm bone 169 centimeters long. They estimate the beast to have been about 25 meters high and to weigh 50 to 80 tons. It ate plants and enjoyed life along coastal lowlands amid mangrove trees about 93-99 million years ago in the Cenomanian stage of the late Cretaceous period. No other dinosaur has b4n found enjoying mangroves. The dinosaur is not the only find in the area. Fish, turtles, a crocodile and a lot of vegetation tell as that the surroundings were subtropical. Simply retrace your steps back to the place where the desert and garden routes meet and turn right along the garden route. As one continues along the road the entire plain comes into view on the right. With mountain as the backdrop, there are fields, desert, and long vistas. A good place for photos. 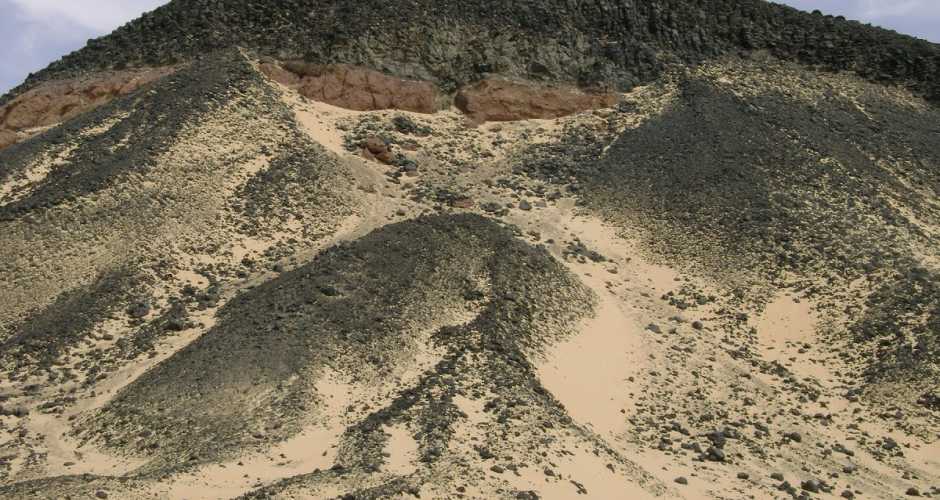