Al Fayoum is famous for its more than 200 waterwheels, which have become a prominent symbol of the town and the oasis. These four rather rickety and unassumingly small examples are slap in the centre of Medinat Al Fayoum. The Greeks invented the waterwheel, and the first depictions of them are seen in Ptolemaic Egyptian sources, so it’s quite likely that since Pharaonic times these devices have kept the town well irrigated despite its irregular topography of rolling hills and steep depressions. 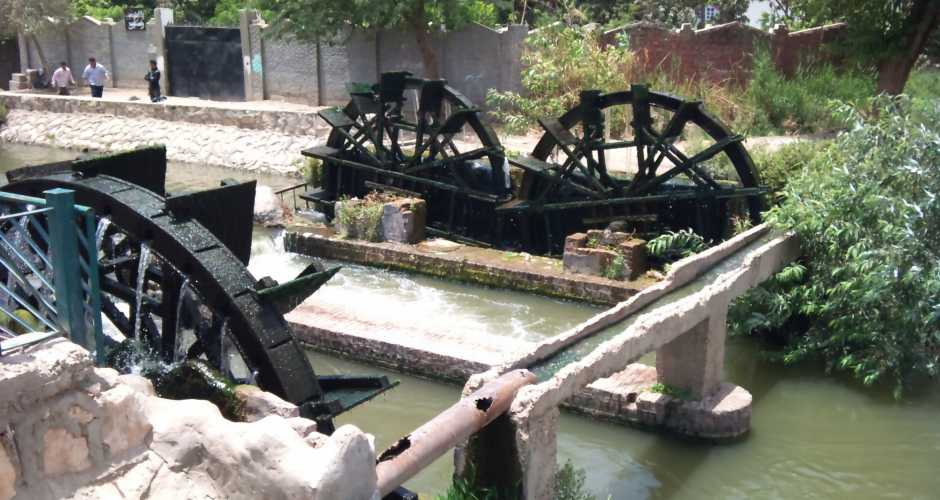 The largest waterwheel in Egypt is located in Basiouniya village 14 km east of Fayoum city.  It rises 8 meters high and weighs more than 2 tons. This waterwheel is providing  88 feddans (37 Hectares) of cultivated lands with fresh water and its cost is 50000 EGP.The waterwheel is maintained yearly during the low – flow season in mid-January and it needs to be changed every six years. During the time of reinstalling new ones, celebrations are held by the locals to commemorate this joyous moment as it considers a prominent source of economic aid for them.

Fayoum has more than 200 Waterwheels which are scattered throughout its depression. Since the Greco Roman era, these waterwheels have kept the Fayoum well-irrigated despite its irregular topography. The waterwheels are made of special white wood called (Azizy), some parts are made of Casuarina wood and it takes 7-10 days to be made. The peasants of the Fayoum call it “Taboot” as to differentiate between it and the normal Sakia which is driven by animals.Now the Waterwheels are considered as an iconic landmark of the Fayoum. Tourists can take a look at these magnificent irrigation machines by strolling through Fayoum’s streets! 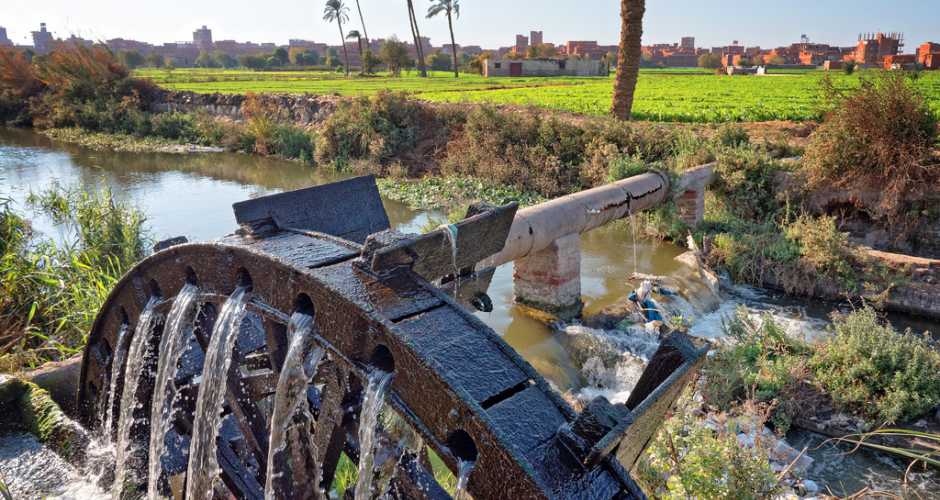