The Temple Of Wadi Es-Sebua

Egypt's temple of Wadi Es-Sebua is located 50km south of Aswan Dam. It is known to be the second largest temple of Nubian region, after the famous temple of Abu-Simbel. This temple is named “Es-Sebua”, which means “Lions” and its name is justified due to the presence of the rows of lion-headed sphinxes before the entrance of the temple. They serenely but fiercely guard the entrance just as they have for centuries. 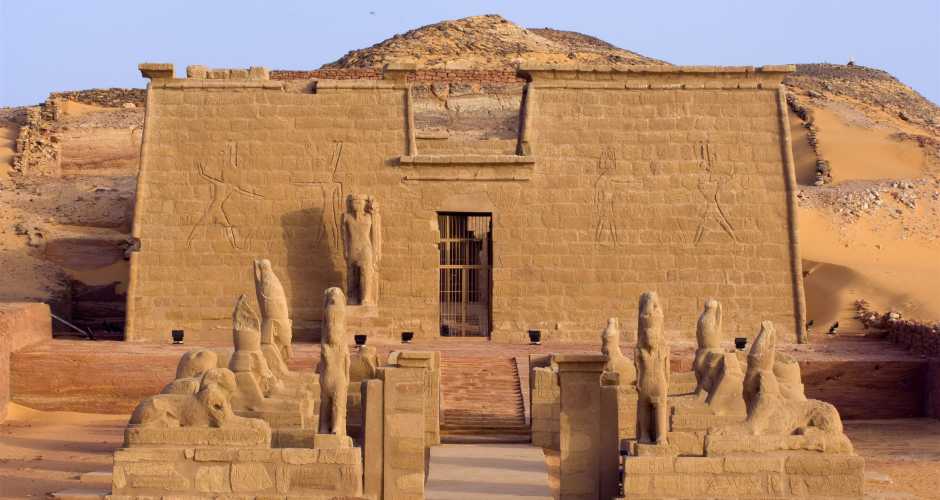 The temple is known as Es-Seboua meaning in Arabic "lions". The temple was dedicated to the worship of god Ra- Hor-Akhty, Amon, and Ramsis II as a defied person. The temple is built out of stones, except for the sanctuary and the inner vestibules which hare fully craved into the bedrock. The temple consists of an entrance with a pylon, then an open courtyard, then a hypostyle hall and the inner sanctuary. The walls of the temple are decorated with many religious scenes and important reliefs. In the Christian area, many parts had been converted into a church. This temple, like most of the other Nubian monuments, has been rescued and relocated 4 km north from its original location to escape the rising water of Lake Nasser. 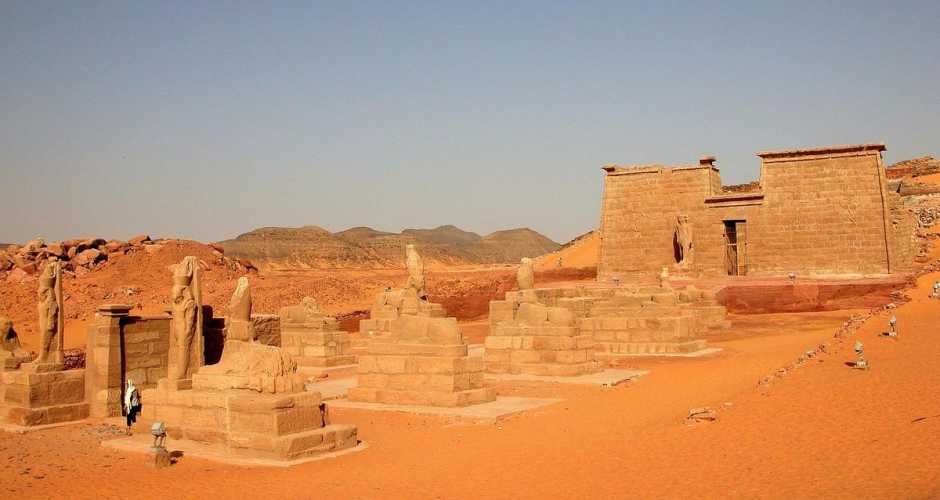 History of the Temple of Wadi Es-Sebua

This temple was built by Ramesses II and was dedicated to the god Amun and Ra-Horakhty, along with deified Pharaoh Ramesses II himself. Hence, it was then called “House of Amun” and its construction was started in the 44th year of the reign of Ramesses II. The Pharaoh engaged his Libyan prisoners as laborers, to build this temple; whom he captured after the war with the Libyan invaders. Later on, some parts of this temple complex were acquired by the Christians, who redesigned those areas into a church. Like many other Nubian temples, this temple also had to be shifted to a higher altitude, to save it from the destructive waters of Aswan Dam. The dam having previously destroyed another temple of the same era that was built by Amenhotep II. But luckily, 5 stelae from this destroyed temple could be saved and now they are kept safely in the Aswan Museum. 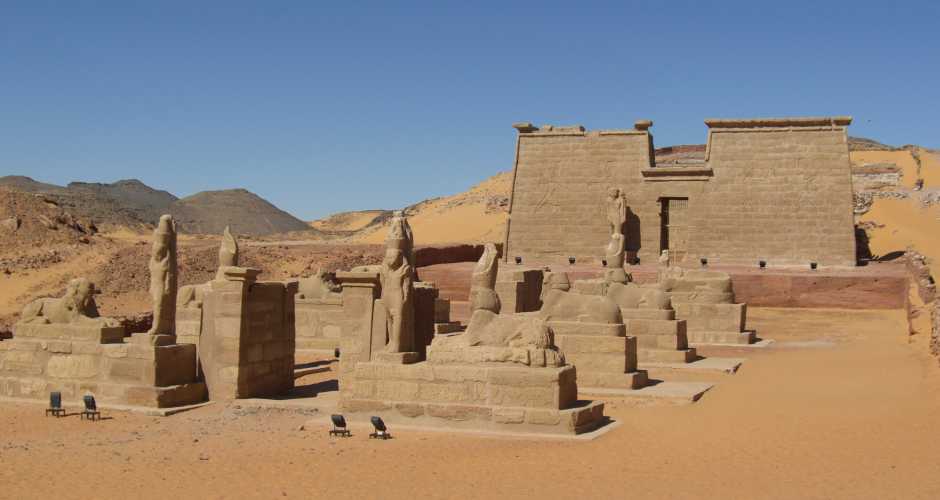 The Unique Structural Features of the Temple of Wadi Es-Sebua

Most of this temple's structures were built with stones, except the inner vestibule and the sanctuary, which were carved out of bedrock. The whole temple complex comprises of an entrance with a pylon, an open courtyard, a hypostyle hall and a sanctuary. But the most noteworthy feature of this temple is the lines of sphinxes that lead from the entrance to the sanctuary, through the open courtyard. Earlier, a large brick wall used to enclose the total complex, which no more exists; nor survived the brick-made pylon of this temple, that was guarded by two huge statues of Ramesses II. 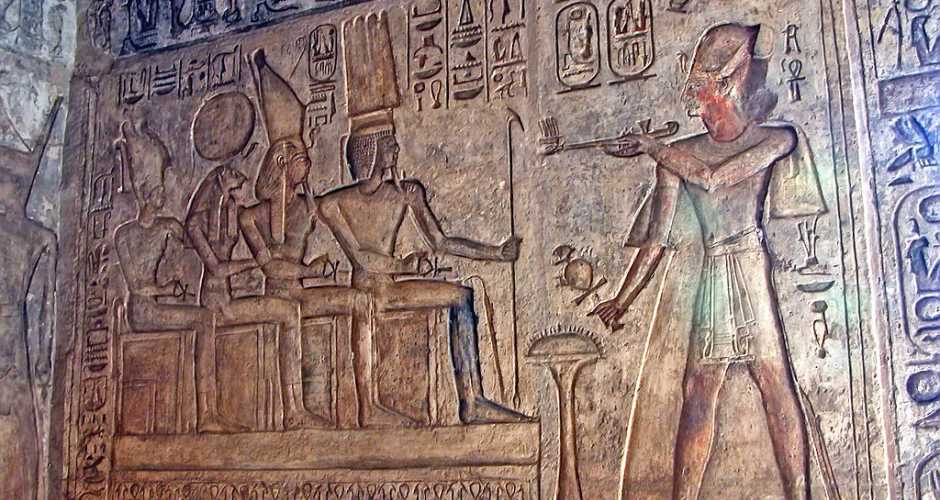 There are two lines of lion-headed sphinxes leading to the hypostyle hall, which is adorned with reliefs depicting many religious incidents of those times. There is also a sphinx, with the head of Ramesses II, near the backend of the courtyard, where two more rows of falcon-headed sphinxes are seen, each holding a statuette of Ramesses II between their front legs and an inscription, remarking on the Pharaoh's desire for a long life.A stone-made pylon faced this hall, which depicts the feature of Ramesses II offering to Amun on the southern side and to Ra-Horakhty on the northern side. Though numbers of statues of Ramesses II were made, now only one huge statue stands near this pylon, with a smaller statue of his queen placed by his side. Another statue of Ramesses II is seen to be lying on the sand of the courtyard, holding a standard with the head of a falcon. 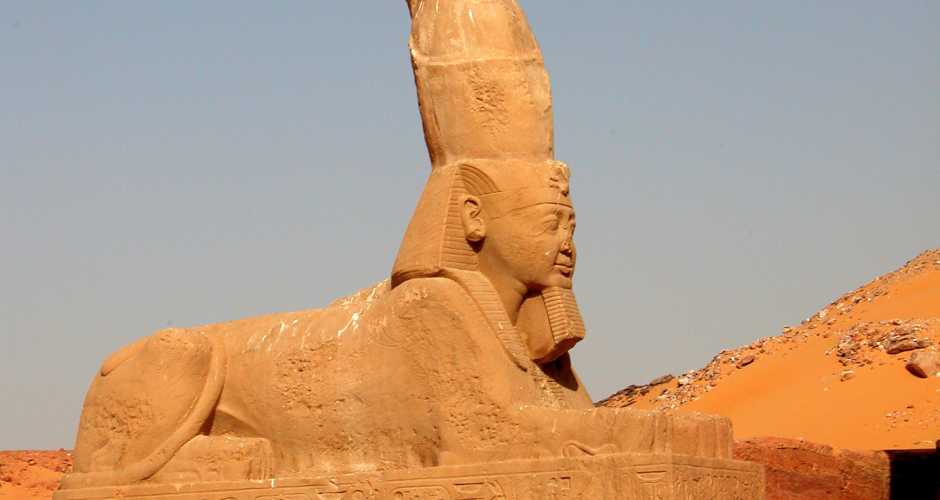 The altar lies to the south of this courtyard, which is dedicated to God Ra-Horakhty. There is another hall, called “Hall of Appearances”, with twelve Osiride pillars, carved out of bedrocks. Various interesting reliefs of the Pharaoh with all the deities are depicted on the walls here. This hall is followed by another chamber, which was perhaps the chapel, due to the many pictures on the walls, showing many religious events and sacred animals for offerings. 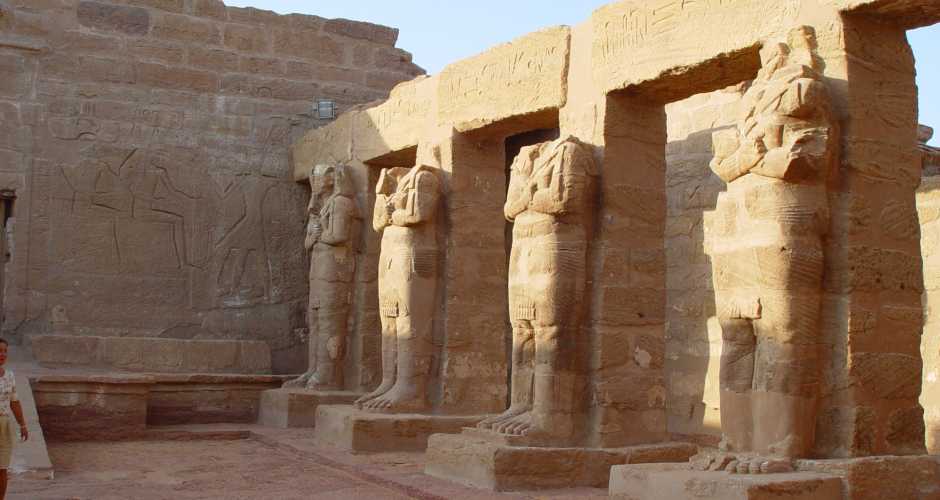