Memphis is the ancient Egyptian city that served not just as an important city but also as the capital of ancient Egypt during the Old Kingdom. It was the home of many pharaohs, including King Tutankhamun, and it remained an essential city throughout history, until its demise around the time of the rise of Christianity after the first century A.D 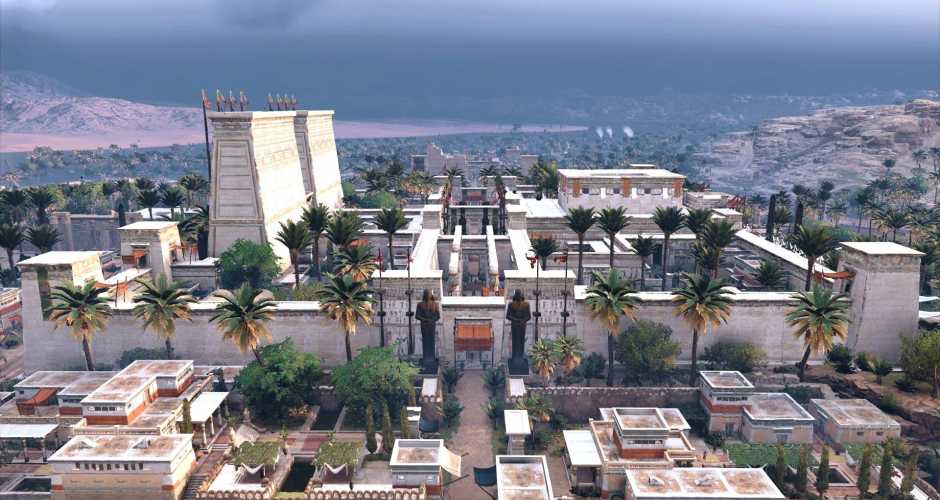 Memphis is located to the South of the Nile River delta on the West bank. It sits about 15 miles south of modern Cairo, and lays on the border that divides Upper and Lower Egypt. It is home to the pyramids of Giza and the Great Sphinx. It is also home to the great necropolis, Saqqara, which was a popular burial place for Pharaohs of the Old Kingdom as well as other noblemen.

Memphis was founded by King Menes. He unified Upper and Lower Egypt into one monarchy. The first name for the city was “White Walls” which likely derived from the whitewashed brick of Menes’ palace. Memphis was such an important city during the Old Kingdom that many pharaohs and other powerful people chose the desert bluffs here as their burial place.Memphis is the cult center of Ptah, a creator God in ancient Egyptian religion. He was also patron of craftsmen which was appropriate because Memphis, in its heyday, thrived as a center for commerce and trade. Although it wasn’t directly on the Nile River, a canal connected it, allowing for abundant trade.

Many temples were built here in honor of Ptah, Sekhmet (his wife) and their son, Nefertem. However, these temples now lie in ruins. At one time, the Great Temple of Ptah stood as one of the city’s most prominent structures. Memphis enjoyed being the capital city of ancient Egypt during eight consecutive dynasties during the Old Kingdom. With the rise of Thebes during the New Kingdom, Memphis declined. It did, however, function as a second capital of Egypt and saw the birth of Amenhotep II.Memphis was seized by the King of Persia, Cambyses II in 525 B.C. Alexander the Great defeated the Persians in 332 B.C. and kept Memphis as his headquarters while he planned his city, Alexandria, to the north.During the rise of Christianity, many of the temples were destroyed and Memphis was eventually abandoned. The few structures that remained were dismantled to build other villages including the city of Cairo.

Only a few ruins remain of the great city, Memphis, today. One of them is a statue of Ramses II. Once measuring 40 feet in length, it has been damaged and the lower legs and feet are now missing from it. At one time, it adorned the temple of Ptah. However, now, it has sustained a lot of damage from centuries of lying in the sand.The other important ruin at Memphis is the alabaster Sphinx. Smaller and less prominent than the Great Sphinx at Giza, the alabaster Sphinx stands about 13 feet high and 24 feet long. It is estimated to weigh about 80 tons. 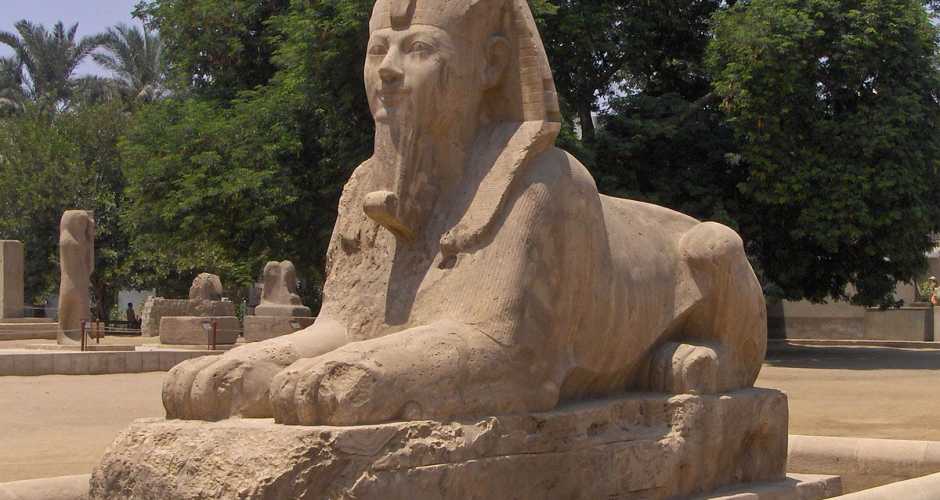 Memphis in the New Kingdom

The Middle Kingdom was followed by another era of instability and disunity known as the Second Intermediate Period (c. 1782-1570 BCE) and characterized chiefly by the rise in power of a people known as the Hyksos who ruled Lower Egypt from Avaris. They took control of Egyptian cities from their northern stronghold and raided Memphis, carrying monuments back to Avaris. Although the later Egyptian writers claimed that the Hyksos destroyed Egyptian culture and oppressed the people, they actually admired the culture greatly and emulated it in their art, architecture, fashion, and religious observances. 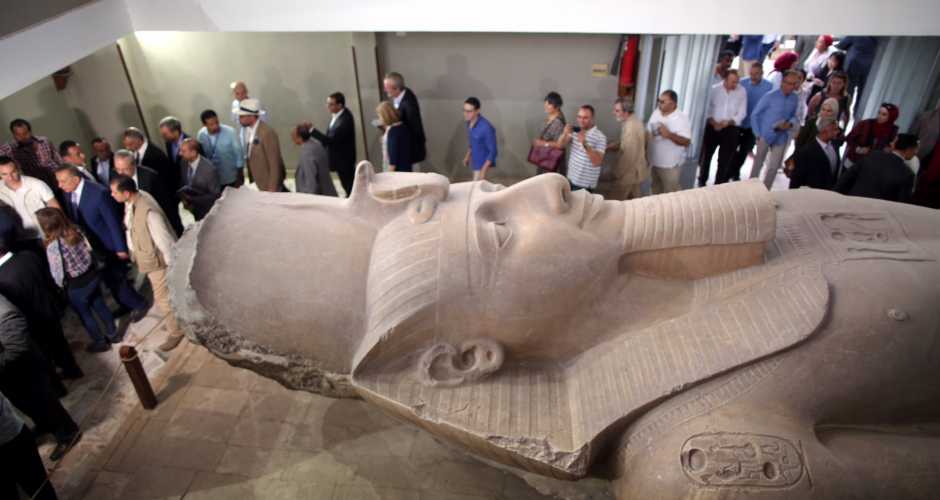 In 525 BCE the Persian general Cambysses II invaded Egypt, defeating the army at Pelusium and marching on Memphis. He took the city and fortified it, making it the capital of the satrapy of Persian Egypt. When Alexander the Great (356-323 BCE) took Egypt in 331 BCE, he had himself crowned pharaoh at Memphis, linking himself with the great monarchs of the past. During the Ptolemaic Dynasty (323-30 BCE) which followed Alexander's death, the Greek pharaohs maintained the city at its traditional level of prestige. Ptolemy I (323-283 BCE) respected the city and had Alexander's body entombed there at the beginning of his reign. He further honored Memphis as he established his new cult of Serapis at nearby Saqqara. Ptolemy II (283-246 BCE) had Alexander's body removed to Alexandria and initiated a number of building projects there including the Serapeum, the great library, and the university. Alexandria became the jewel of Egypt and a center of learning and culture, but Memphis would begin to decline.

The city was still considered an important religious center, however, and the priests of the city were on par with secular authorities in power. The temples and shrines of the gods were rebuilt and renovated under the Ptolemies and new buildings were raised. Egyptologist Alan B. Lloyd writes: 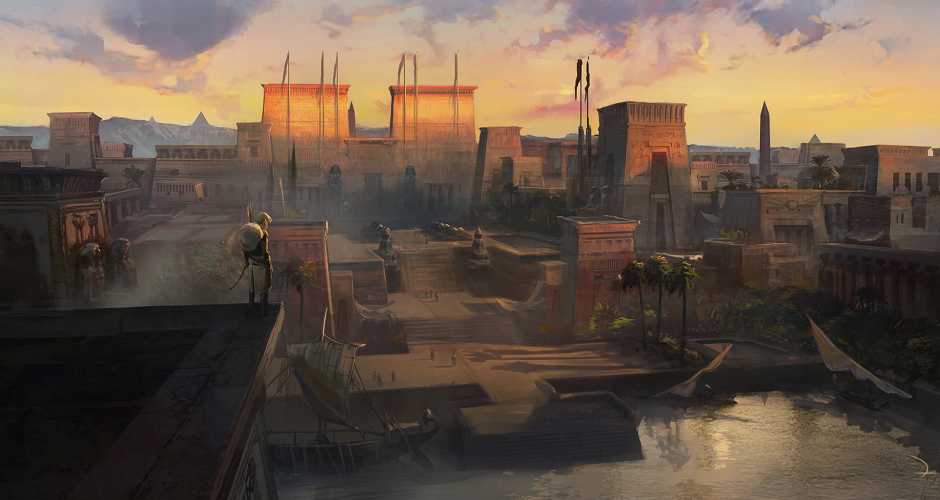