“The Black Desert” is located south of the Farafra Oasis in the Western Sahara. This name stems from the fact that there is a layer of black powder covering its mountains, highlands, and sand. This powder covers the summits of some mountains and highlands making them look like they are wearing hats to show off their ways of accessorizing. On the other hand, other mountains and highlands are fully covered in this powder, draping down its sides, as if they are wearing black velvet robes.

The Western Desert of Egypt is far more than sand dunes. Here you will find five large oasis ( plus one man-made ), the black desert as the white, huge mountain plateaus ( as Gilf Kebir which alone is nearly the size of Switzerland ), and the large sand dune ocean that is located between the Siwa oasis in northwest to Gilf Kebir in southwest. 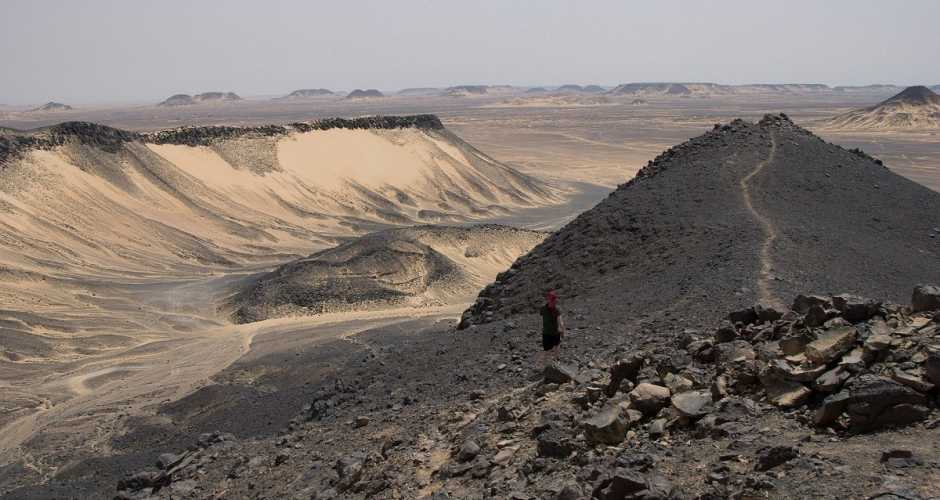 The Black Desert is characterized by its isolated hills which constitute one of the most important features of a landscape distinguishing “El-Wahat El-Bahariya Depression” from other desert depressions. The hills are scattered like an archipelago of islands forming what is now known as the “Black Desert.” Moreover, the hills vary in size, composition, height, and shape as some are dark in color consisting of dolerite, and iron quartzite while others are more reddish in color as its surface rocks consist of iron sandstone. A few of the desert’s hills are composed of white limestone.

On the outskirts of the Black Desert, there are glowing black volcanic hills that give the whole place a special charm at sunrises and sunsets. As for lunar nights, and especially when there is a full moon, the desert looks like an oil painting of an environmental resort amidst clouds. Furthermore, near the end of the desert, there are black volcanic hills that prove the eruption of dolerite, which is a dark volcanic material, dating back to the Jurassic period, i.e. 180 million years ago. These eruptions resulted in the formation of this type of black rocks. 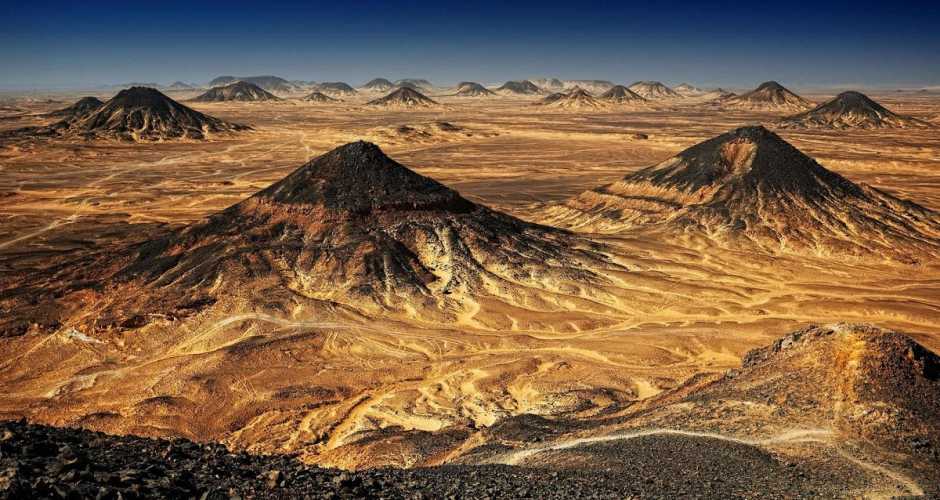 As for the “Mountain of the English”, it is considered the most famous of them all. It is a historical tourist attraction where the tourists head to visit the ruins that date back to World War I. During that period, the British occupation forces have made use of this mountain to station their troops there as it is the highest point in the Black Desert. When being at the top of it, they would be able to detect any infiltration from the enemy forces. That is what made Captain Williams from the British army give orders to construct a building consisting of three rooms and a bathroom there in order to observe and monitor the Senussi Libyan forces that were attacking the oasis at the time. 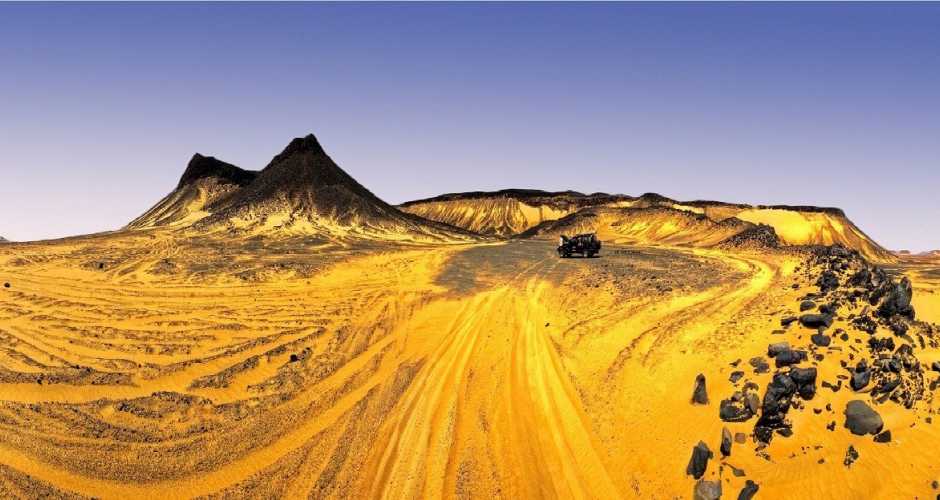 After discovering the second largest dinosaur skeleton in the world, near Al-Dast and Al-Maghrafa mountains, on the borders of the Black Desert (which is a place close to the Bahariya Oasis), the Black Desert has been declared a natural reserve as of 2010. In addition, remains of shrubs, and fossilized woodlands have been found there which indicate that this desert has once worn a dress of greenery and freshness. Not only did it wear it, but it also was a plentiful, fruitful land providing various herbivorous and carnivorous animals, even dinosaurs, with food and shelter. 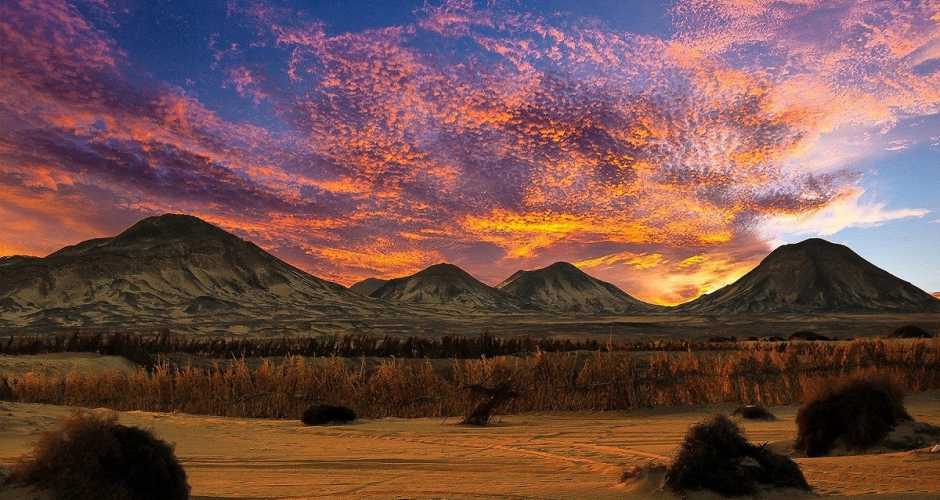