The main area of population and the administrative centre is Biwiti (Resthouse 35km North; limited accommodation). In the town is a 26 Dyn.Tomb-chapel of one of the governors. The hill to the South West of the town is known as Qarat al-Farirgi (Ridge of the Chicken Merchant). It contains subterranean galleries of bird burials, including ibises and hawks, dating from 26 Dyn. to Roman times. It has been partly cleared and consists of a central gallery with several side branches and was obviously associated with the worship of the gods Thoth and Horus. Thus it is similar to the avian galleries at Saqqarah and Tiinah al-Gabal. The main gallery shows evidence of a fire. Belief by the local inhabitants that the bones were those of hens gave rise to the modem name. In the cliffs are rock-cut Tombs of the Governors, also of the 26 Dyn. 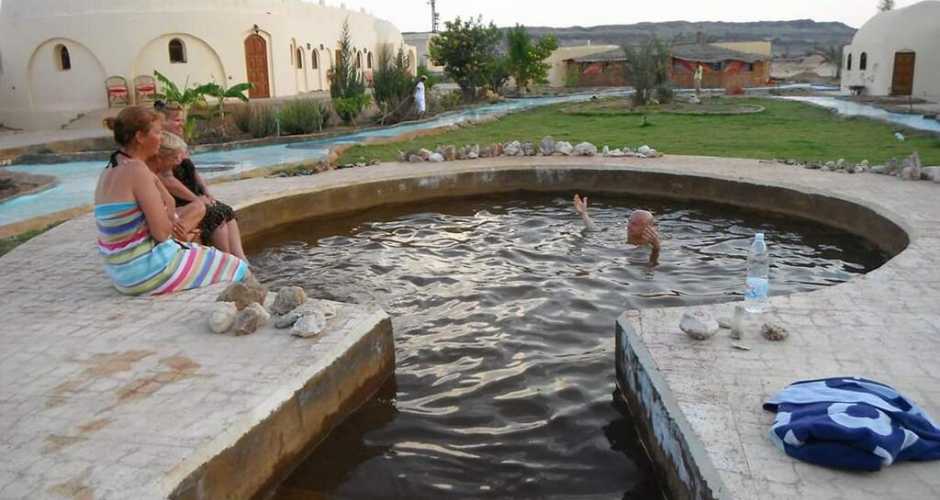 Adjoining Bawiti to the West  is al-Qasr, another population centre. SW of this is Qasr al-Masbah, with a Temple of Alexander the Great surrounded by a girdle wall. Cleared in 1938-39 and 1942, it consists of two chambers. Alexander is shown on the walls before Amun-Rec and other gods. Inside the girdle wall are stores and priests' houses. Nearby is the site of a Roman village.6km E of Bawiti is Mandishah, the other ancient centre, and just N is al-Za.bii, with a large rock covered with ancient Libyan graffiti.14.Skm E at al-Ffarrah are some late rock-cut tombs.

A few kilometres north-east of el-Qasr, in the area known as el-Tibbaniya where the ancient caravan route from Bahariya to Siwa begins, are the ruins of a temple complex first excavated by Ahmed Fakhry between 1939 and 1942. This is the only known temple in the whole of the Western Desert to be built in the name of the Greek conqueror Alexander ‘The Great’, whose images and cartouches Fakhry found on the monument. 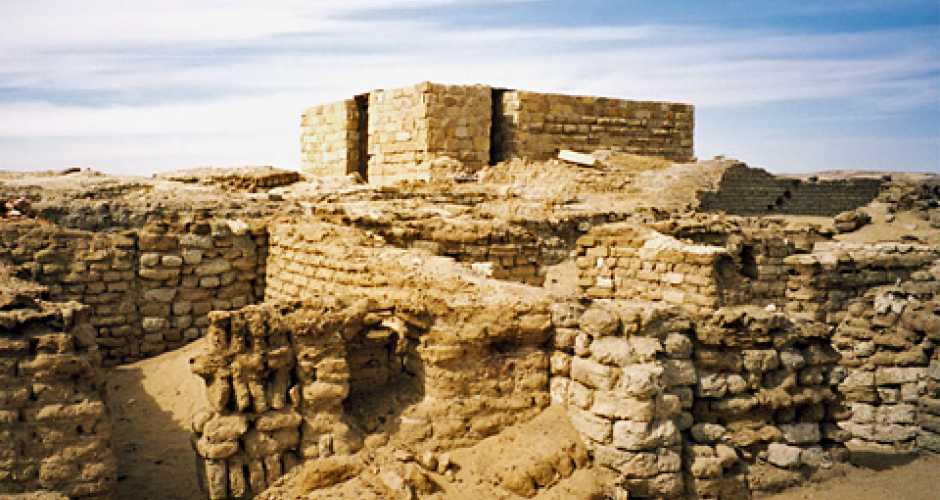 The main part of the temple consists of only two sandstone chambers in the northern part of an enclosure, which was surrounded by a mudbrick temenos wall. Both the temple and a stone gate in the enclosure wall face south. When Fakhry excavated here he reported that the partially preserved walls of the temple showed many undamaged inscriptions and reliefs depicting Alexander in the presence of Amun-Re and other deities. The temple is thought to have been dedicated to Amun and Horus. Fakhry found an inscribed red granite altar in front of the temple which also bore the name of Alexander (now in Cairo Museum) and a small statue of a priest of Re in the second chamber. Sadly, the inscriptions have suffered a great deal of deterioration since Fakhry’s excavations, the cartouches are unreadable and many of the reliefs have now vanished due to the effects of years of wind-blown sand. 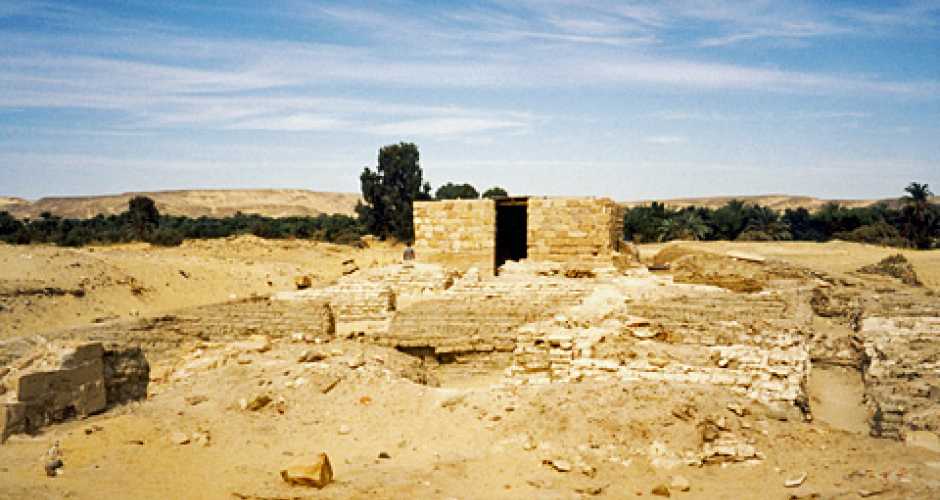 Surrounding the temple within the enclosure are at least 45 mudbrick dwellings and store-rooms, where the priests and administrative staff would have lived and worked. A great deal of broken pottery, coins and other small artefacts were found scattered about the area, including a number of Greek and Coptic ostraca. This suggested to Fakhry that the site had been inhabited at intervals from the time of Alexander through to the 12th century AD. The Supreme Council of Antiquities under the direction of Dr Zahi Hawass re-excavated the site in 1993-94 uncovering several chambers which had never been cleared, but there could still be much more awaiting investigation.

Attempts have recently been made to consolidate the blocks of the temple, but a complete restoration is urgently needed if the erosion to the structure is to be halted. This is probably an important site – perhaps constructed to commemorate Alexander’s visit to Siwa Oasis to consult the oracle at the Temple of Amun at Aghurmi. Did the conqueror pass this way during his journey back to the north coast? Perhaps we will never know, but the close proximity of the famous ‘Valley of the Golden Mummies’, the cemetery which begins only a few hundred metres away, may indicate the importance of the temple to the Graeco-Roman people who wished to be buried in the area. 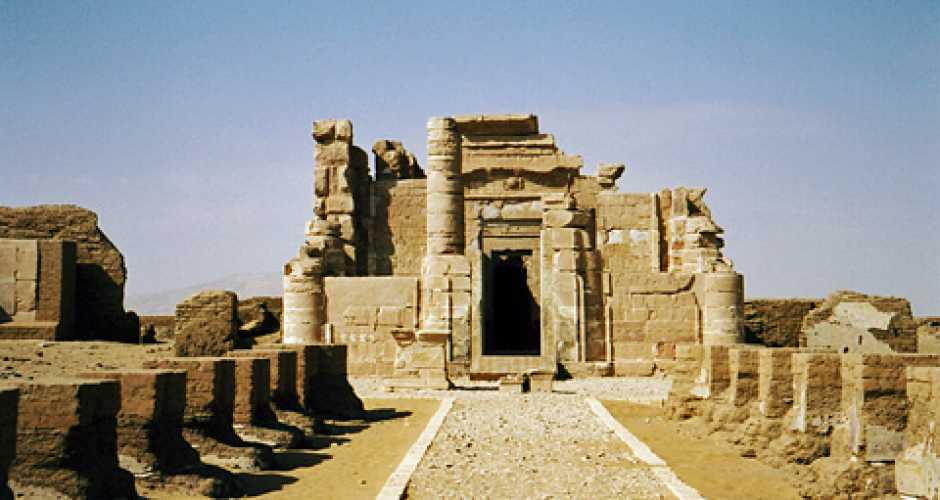