A smooth sided Pyramid, Teti is located at Saqqara near Cairo Egypt. Dating back to what was known as the 6th Dynasty, it was one of the earliest original Pyramids built.Situated in a green belt area known as Saqqara and about 50 minutes from central Cairo, it also has stunning views across the desert plain towards the 3 Pyramids at giza with the Red Pyramid in View between them.

Teti  is historically the second known Pyramid containing Pyramid texts. Excavations have revealed a satellite Pyramid, two Pyramids of Queens accompanied by cult structures, and a funerary Temple. The Pyramid was opened by Gaston Maspero in 1882 and the complex explored during several campaigns ranging from 1907 to 1965. It was originally called Teti's Places Are Enduring. The preservation above ground is very poor, and it now resembles a small hill. Below ground the chambers and corridors are very well preserved.

Located at Saqqara and excavated by Meriette in the 1850s, it has since been engulfed by sand and may be closed; in one of the funeral chambers ( accessible by a sloping shaft and low passageway), the star-patterned blocks of its vaulted roof have slipped inwards. Although most of the VI Dynasty kings who followed Teti chose to be buried at South Saqqara, several of their courtiers were interred in a ‘street of tombs’ beside his pyramid, which was linked to the Serapeum by an Avenue of Sphinxes ( now sanded over). 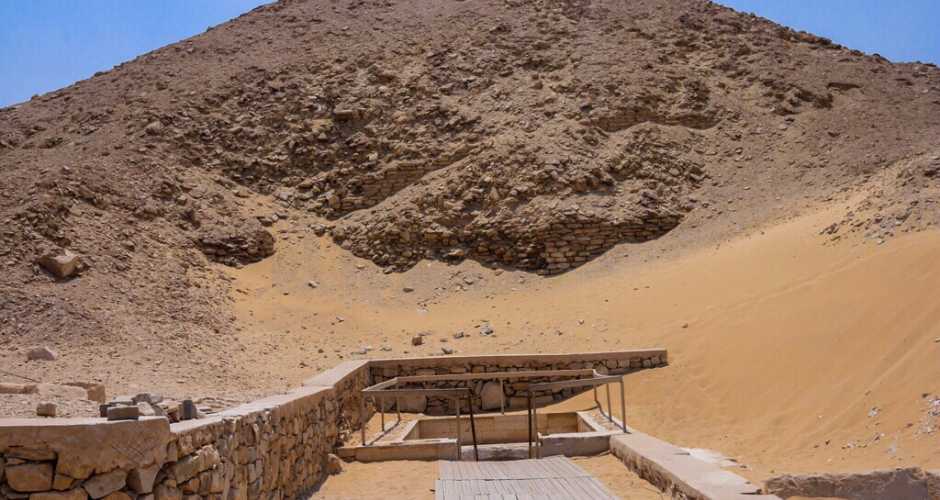 The pyramid is entered from the north side. The entrance is located at ground level, along the central axis. It was covered simply with some flagstones. A small rectangular entrance chapel was built directly above the entrance. The painted reliefs on its side walls showed the usual offerings bearers. A false door of black basalt was built against the back wall of the chapel. The roof of the chapel was made of a single limestone slab, decorated with a pattern of stars. The remaining pivot sockets indicate that wooden doors once closed the entrance chapel.

The substructure of Teti's pyramid is similar to Unas', be it that it is slightly larger. The walls of the descending passage are covered with granite. This passage opens into a small corridor chamber, followed by a horizontal passage. Three portcullises were intended to block the passage and prevent robbers from desecrating the burial.

The horizontal passage opens into the antechamber, that is located under the centre of the pyramid. To the east is a room with three niches, that perhaps contained some statues of the king. Opposite the three niches, to the west of the antechamber, the burial chamber can be found. But for its lid, which has been broken by tomb robbers, the basalt sarcophagus is very well preserved. It is the first to have had an inscription: a single band of the Pyramid Texts. 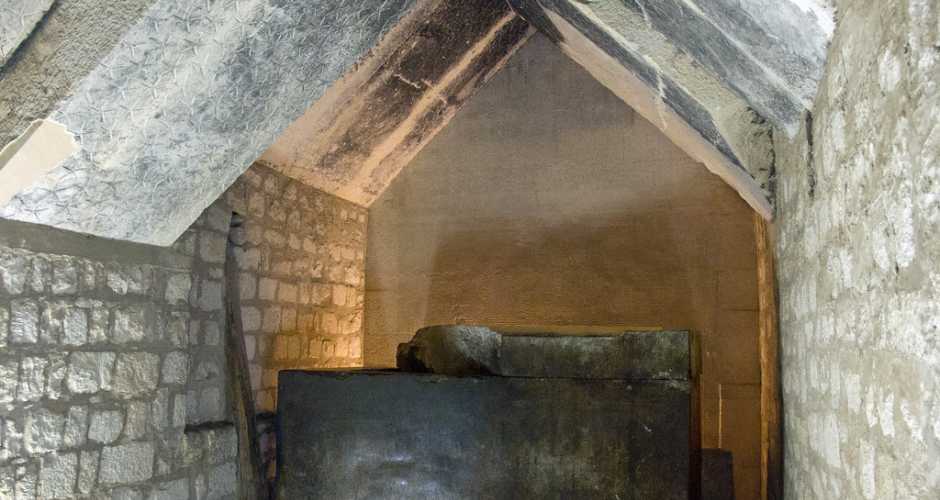 A view inside Teti’s Burial Chamber.

As was the case with Unas' pyramid, the wall's of the burial chamber, the antechamber and part of the horizontal passage are inscribed with Pyramid Texts. The texts are far more damaged than Unas', which is due to the poorer state of preservation of the pyramid's substructure. The ceilings are painted blue and covered with five-pointed stars, and the walls are decorated with sections of the
pyramid texts. Unfortunately the walls have been very badly damaged and some of the blocks have been removed..There is a
large Mortuary Temple with five niches and a small sanctuary set against the face of the pyramid; it appears to have been destroyed
during the Second Intermediate Period, as Teti's cult was still flourishing during the Middle Kingdom. The Causeway has vanished
and the Valley Temple, if it existed, has not been located. To the N are two small pyramids of Teti's queens but both are covered by
sand. 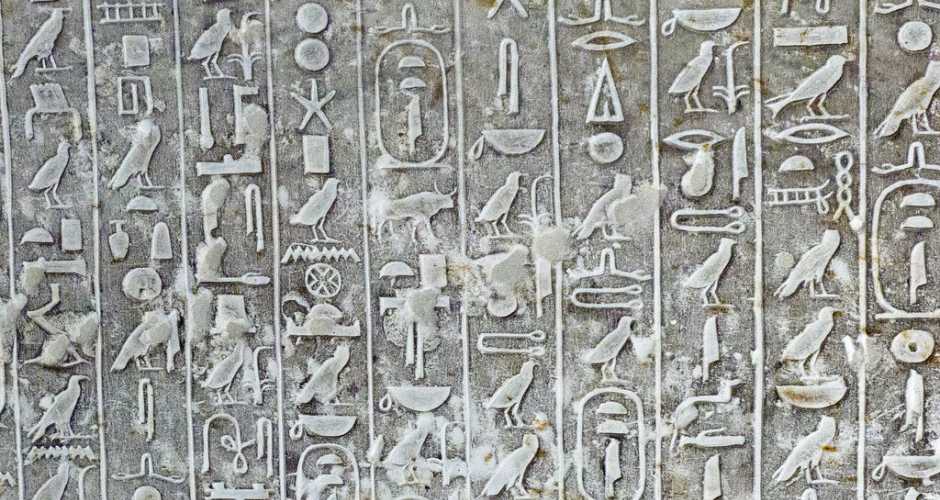