Saint Simeon Monastery is located in the vicinity of Aswan, on Elephantine Island in the Nile River. Unfortunately, the remains of the monastery have never really attracted much interest from archeologists, but they certainly have made it onto the tourist map in more recent years. This is largely due to the ever increasing popularity of Nile cruise holidays, and the fact that the island is also home to some other interesting sites, including the Tombs of the Nobles.

A Brief History Of The Saint Simeon Monastery

Saint Simeon Monastery was built by a monk during the 7th century and was subsequently dedicated to a 4th century local saint by the name of Anba Hedra. According to legend, Anba Hedra got married when he was eighteen years old but on the day of his wedding he renounced mankind and immediately decided to devote himself to chastity and become an ascetic after witnessing a funeral procession. Anba Hedra, known today as St. Simeon spent the next seven years doing religious studies under the direction of Saint Baiman. On completion of his studies, Anba Hedra spent the next eight years involved in ascetic practices before finally retiring to the desert so that he could devote his life to studying St. Anthony. Anba Hedra later moved onto Elephantine Island and began building a monastery. The original structure was built from stone and mud bricks, and surrounded by a ten foot high wall which gave the Saint Simeon Monastery a fortress-like appearance. Records show that the monastery was also rebuilt or at least extended during the 10th century.By the time work on the monastery was completed in the 10th century, it provided accommodation for around 300 monks, and it had room for roughly 100 pilgrims. The monks that lived at the monastery would travel into Nubia in groups with the aim of converting Nubians to Christianity. Unfortunately, Saint Simeon Monastery was all but destroyed by Saladin and his forces in 1173 and it was sadly never rebuilt. 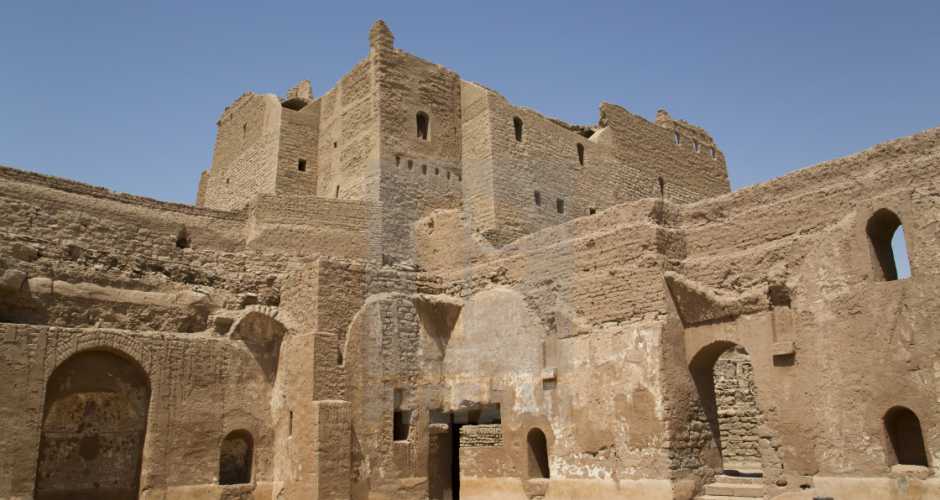 Despite the fact that the monastery is essentially only collection of ruins, there are still some interesting things to see. For example, visitors can still see graffiti on the walls of the last pilgrim room on the right hand side. This graffiti was left by a Muslim pilgrim shortly before the monastery was destroyed. Visitors can also explore the chamber where St. Simeon used to spend several hours at a time praying. According to legend, he used to fasten his beard to the ceiling above his head in case he fell asleep during these extended prayer sessions. 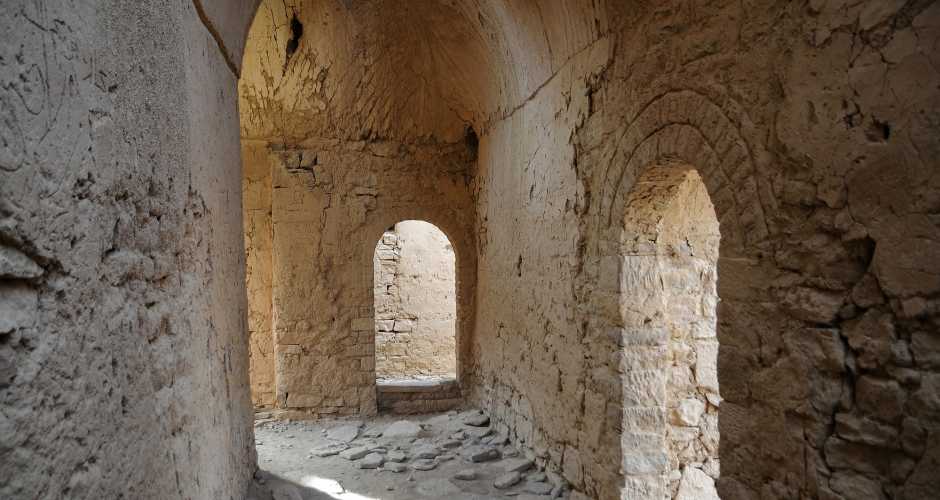 There are other things to see at the site as well, and a visit to Saint Simeon Monastery is certainly recommended because the tiny Island is also home to the Tombs of the Nobles which happen to be some of Egypt’s most ancient tombs, dating all the way back to the Old Kingdom. Tourists arriving at the island will almost always be greeted by locals who have camels for hire, and this is a wonderful way to reach the various attractions, including the monastery ruins. As is always the case when hiring a camel, visitors should haggle for a good rate, and make it clear to the camel owner how long they want the camel for. 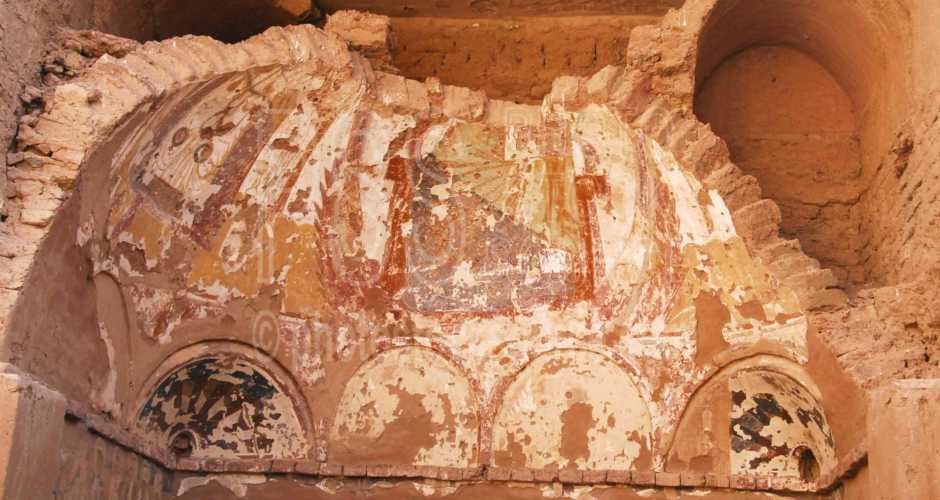 If you make the trip to St. Simeon, it is worth also visiting the Tombs of the Nobles. These tombs cut into the riverside cliffs near Kitchener’s Island are the burial places of Old and Middle Kingdom dignitaries of the ancient town of Swenet that stood on Elephantine Island. There are also tombs from much later during the Roman era here. 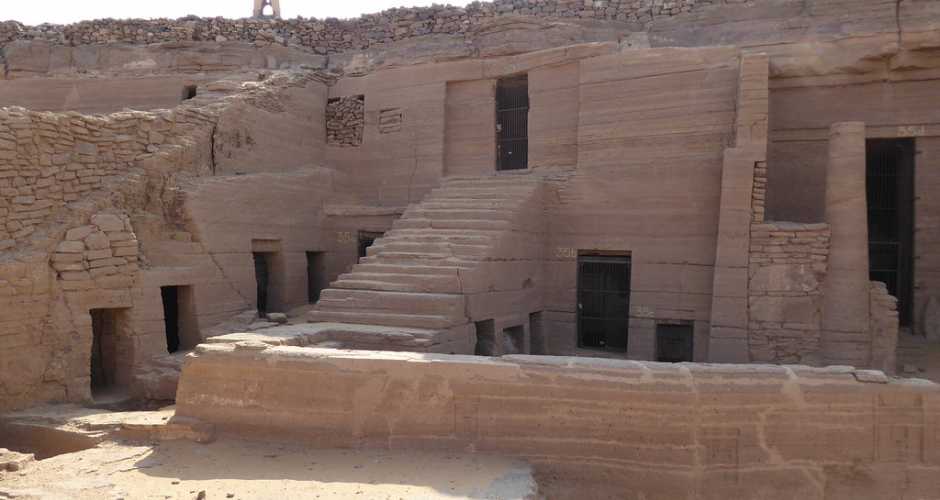