The Pyramid Complexof Unas is reached from the car park with the Step Pyramid to the right. The Causeway, about 600m long, runs between the Pyramid and Mortuary Temple in the W and the Valley Temple in the E,with several turns to avoid uneven ground. It was built of limestoneslabs to enable the blocks facing the pyramid to be hauled up with the least difficulty and was afterwards decorated with carved scenes of offerings, hunting, animals, famine, the transport of granite columns, market scenes, goldsmiths and ships. Many of  these decorated slabs were found lying haphazardly around the causeway. A small section of the wall and roof, decorated with
yellow stars on a blue background, has been reconstructed to show its original condition. The pyramid appears to have been built in a manner similar to Djedkare's: the core masonry consisted of accreted blocks, encased in a fine limestone casing.By the New Kingdom, the pyramid had already fallen into decay. This is shown by a massive inscription left by Khaemwaset, the famous son of Ramesses II and High-priest of Memphis, referring to his restoration of the monument. 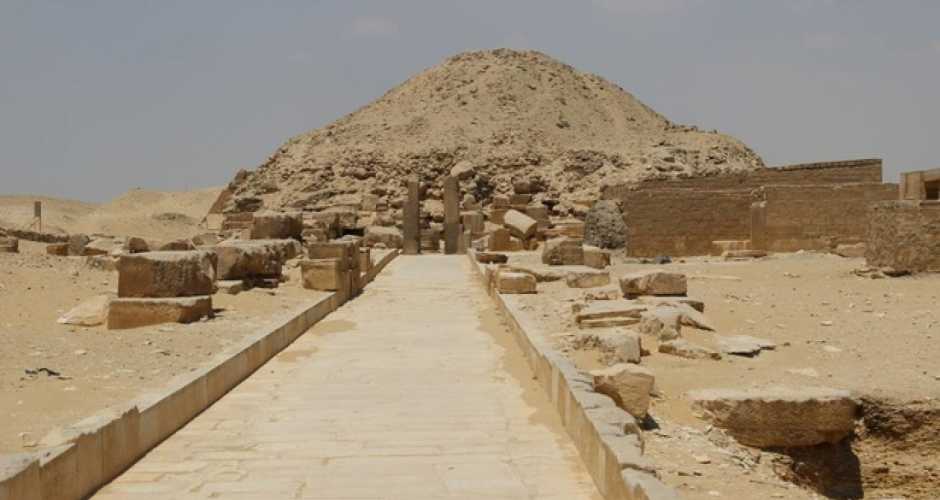 The pyramid is entered through an entrance chapel, of which only some trances remain. The entrance is located in the middle of the North side of the pyramid, not in the pyramid’s face but at ground level in the pavement of the pyramid court.From the entrance, a descending passage goes down to a small corridor chamber. The horizontal passage after this corridor chamber was once blocked by three granite portcullises, hoping to prevent robbers from entering the king's tomb. After the portcullises, the passage opens into an antechamber of 3.75 by 3.08 metres, located directly under the pyramid’s centre axis.

To the east of the antechamber opens a small room with 3 recesses, sometimes described as magazines or as statue niches.
Opposite the magazines, thus to the west of the antechamber lies the Burial chamber, with its basalt sarcophagus still in place. To the left of the foot of the sarcophagus was the canopic chest. A left arm and hand, together with pieces of a skull were found in the debris of stones and dirt. These fragments were mummified in several lengths of linen bandages, preserving some of the skin and hair. It is not impossible that these are the remains of Unas himself. They are now preserved in the Cairo Museum. 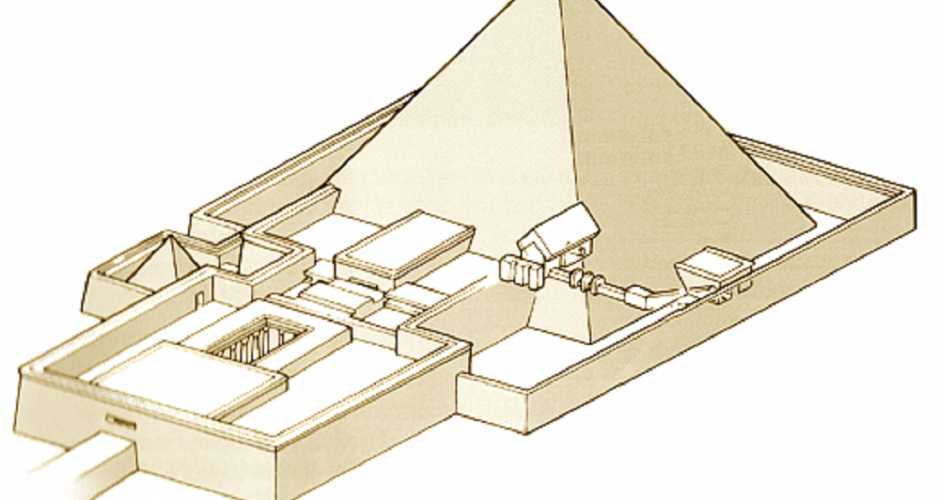 Nothing more than a mount of rubble, with only part of the original encasing limestone blocks, is all that remains of the Pyramid of Unas.

From an architectural point of view, Unas' pyramid offers little to no surprises. The rooms underneath the pyramid follow the same basic arrangement as Djedkare's pyramid before or Teti's pyramid after Unas. The pyramid of Unas, however, is the first since Netjerikhet’s to have had decorated rooms.

All the rooms underneath the pyramid were built with fine limestone, except for the west wall of the burial chamber and the western halves of its north and south walls, (thus the walls immediately surrounding the sarcophagus) where alabaster was used, on which a false door and an elaborate pattern design representing a reed mat and wood-frame enclosure have been carved and painted.
The ceiling of the burial chamber was painted with golden stars in a dark blue sky. Unas was thus buried in a black basalt sarcophagus, representing the (fertile) earth, in an area closely resembling his living quarters, underneath the dark nightly sky.

Even more important, however, is the decoration of the remainder of the burial chamber, the antechamber and part of the horizontal passage, which consists of vertical columns of meticulously carved hieroglyphs painted in blue. These columns contain the earliest known example of the so-called Pyramid Texts, and even more the oldest collection of religious texts known to mankind! They are a collection of spells and formulae meant to protect the deceased in the afterlife. The pyramid of Unas contains only 283 of the more than 700 known spells of the Pyramid Texts. 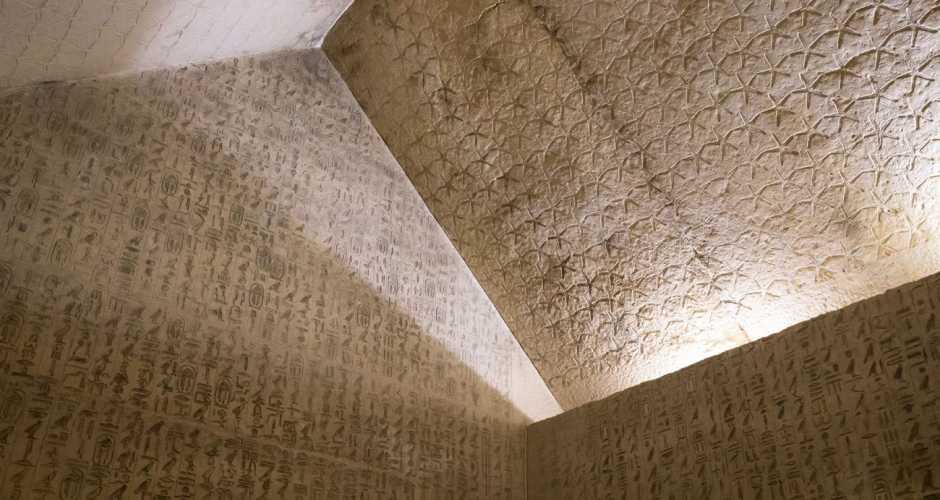