The Montaza Palace gardens are located at the eastern edge of Alexandria on the north coast of Egypt. The complex, which is around from 360 acres in size, is a beautiful property that overlooks Al Montaza Gulf. The complex also contains five beaches for swimming: Aida, Cleopatra, Vanessa, Semiramis, and the private beach of Helnan Palestine Hotel. There's all sorts of fun to be had in Montaza. One great option is to take a boat ride and see the gardens from the water. Other awesome marine activities are waterskiing, diving, snorkeling, or even just chilling out in front of the ocean.

History Of The Montaza Gardens Complex

In the year 1892, Abbas Helmy II, the last Khedive of Egypt and Sudan, began to frequently ride horses and donkeys on the shores and in the neighborhoods of Alexandria with some of his friends. They used to start their rides from Sidi Bisher, a neighborhood in the west of the city of Alexandria today and then rode to different places along the Mediterranean. One summer night, Helmy ordered his men to prepare 80 donkeys for his Alexandria ride with the Khedive Music band that consisted of 48 music players and their instruments. When they reached Sidi Bisher, a group of Bedouins heard the music and were fascinated. When they learned that the Khedive was among the ride they followed him around. 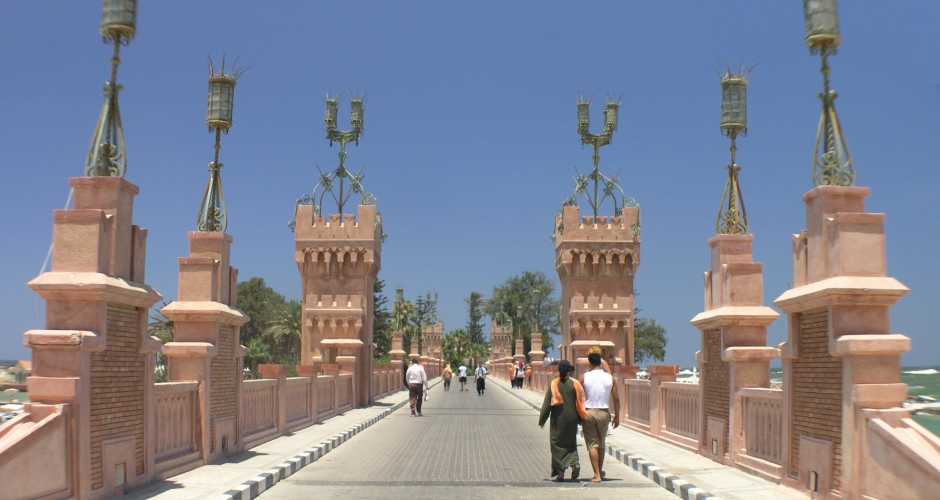 Helmy II loved one area near Sidi Bisher especially strongly, because of the scenes of the sea there and because of the quiet and fascinating atmosphere of this location. He even went again to view this area more closely and he went to a specific spot located between two outcroppings with a small island to its north. At this moment Helmy decided to use this spot for his summer residence and decided to build a palace and some gardens there. On the top of one of these outcroppings there were old cannons that go back to the reign of Mohamed Ali who put them there to protect the north coast of Egypt and Alexandria. These cannons are still at the same spot today where Helmy built the Salamlek Palace in front of it. The other outcropping's top contained a center for coast guards and the Khedive bought it form the government and built the Haramlek Palace there. Helmy II also bought the house of Sinadino, a rich Alexandrian tradesman and added the land to his complex and he bought a lot of lands from people living in the area to expand the space of his summer resort.

The Khedive followed the construction of the two palaces himself and he named the whole complex, the Montazah, or the garden, a name that was suggested to him by Mahmoud Shokry Pasha, the head of the Turkish Divan in Egypt.After the death of Abbas Helmy II, the royal family continued taking care of the Montazah complex until the reign of the last king of Egypt, Farouk I. then, the Egyptian revolution of 1952 took place and the Palace was owned by the government which opened the gardens for public and the Salamlek Palace was transformed into a museum until it was added to the presidential palaces which serve as a hosting place for the president's visitors. 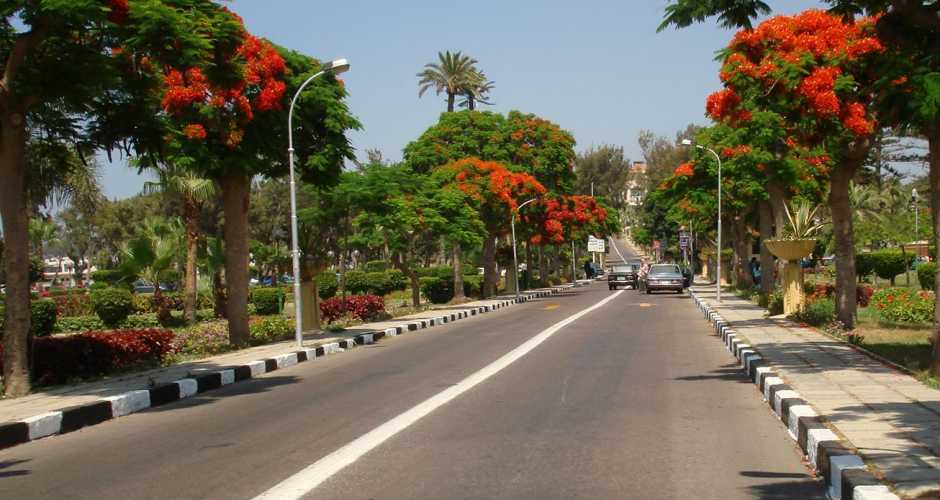 The garden of Al Montazah is 3000 meters wide contains a huge selection of trees and plants, some of them quite rare. Some of the tropical plants are still in good shape although they have been planted more than 75 years ago. The plant collection in Montazah includes Catania, huge boots, Zamia, Carlota, and special types of palms. This is beside the big size plants like Anthurium, Hokiry, Araliaceae, Victoria, and Ropilia. 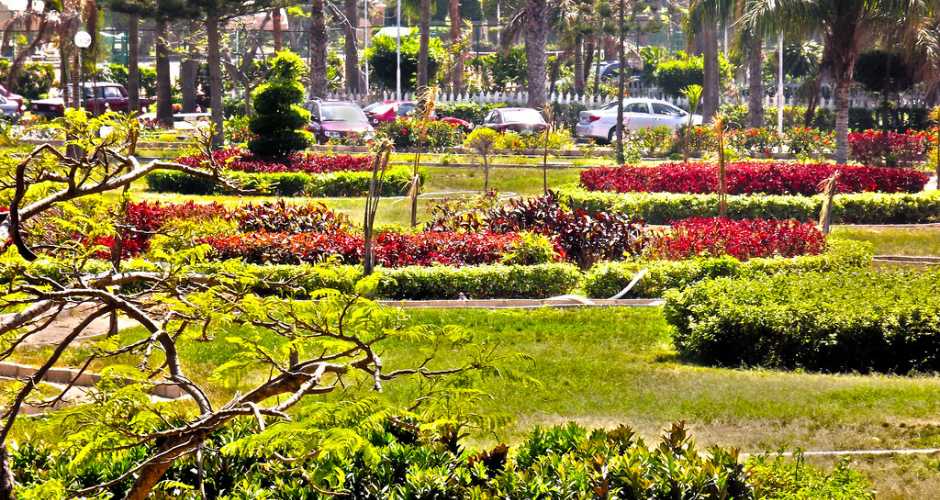 This is the only hotel which was built inside one of the royal palaces. Its ownership was transferred to the government after the Egyptian revolution in 1952. It stands just in front of the modern lighthouse of Al Montazah. The hotel was built on the orders of the former Egyptian president Gamal Abdel Nasser to host the first Arab Summit which was attended by all the Arab president and kings of that time. Afterward, the hotel became the lodgings of most of the kings, queens, presidents, and important figures who visit Egypt. The hotel even hosted the visitors of Egypt at the event of the grand opening of the new Library of Alexandria. The list included French president Jack Chiraq, Sofia the Queen of Spain, and Queen Rania of Jordon. The hotel is a favorite summer spot for some of Egypt's prominent artists and authors as well.The hotel contains 233 rooms and all of them have splendid sea or garden views. It also has 20 suites, two royal suites, and a villa which takes the whole space of the sixth floor of the hotel and is suitable for large families and groups. The villa contains 6 rooms, special private kitchen, and a big reception hall. 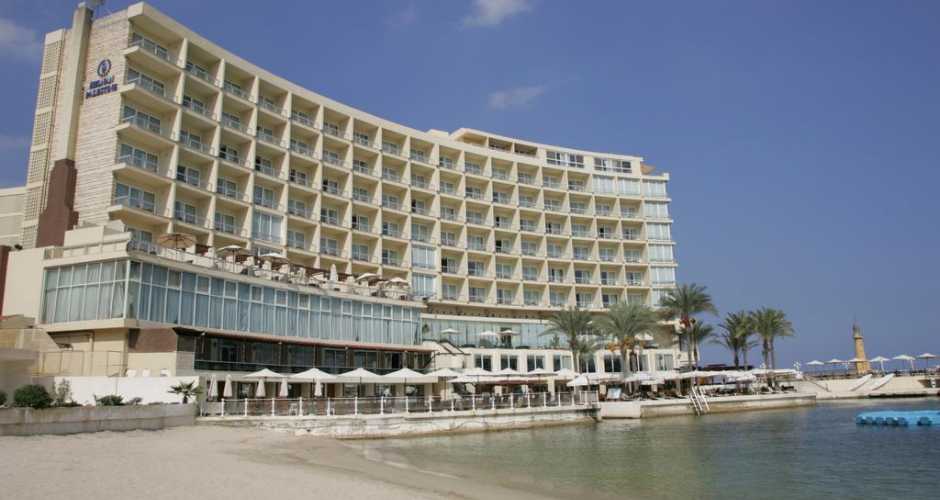 The palace has a distinctive design that combines different types of styles with the Byzantine style dominant. This is beside the Gothic, Classic, and of course Islamic styles of architecture. Haramlek Palace contains a lot of French antiquities and it was decorated richly in the Baroque and Rococo styles that consist of amazing ornaments of plants and geometric designs.The palace consists of a huge open-air hall in the middle of it with all the rooms and suites surrounding it. The palace has three floors. The first floor consists of many rooms and halls and the most important among them is the office of the king, the billiards hall, and the dining lounge. The second floor used to host the chaperones and servants of the kings and queens, while the third and last floor hosted the suites of the king and the queen with a huge balcony in between. This floor also has the baby prince suite which was designed out of cork in order to prevent the sleeping baby from being disturbed because of the sound of footsteps. 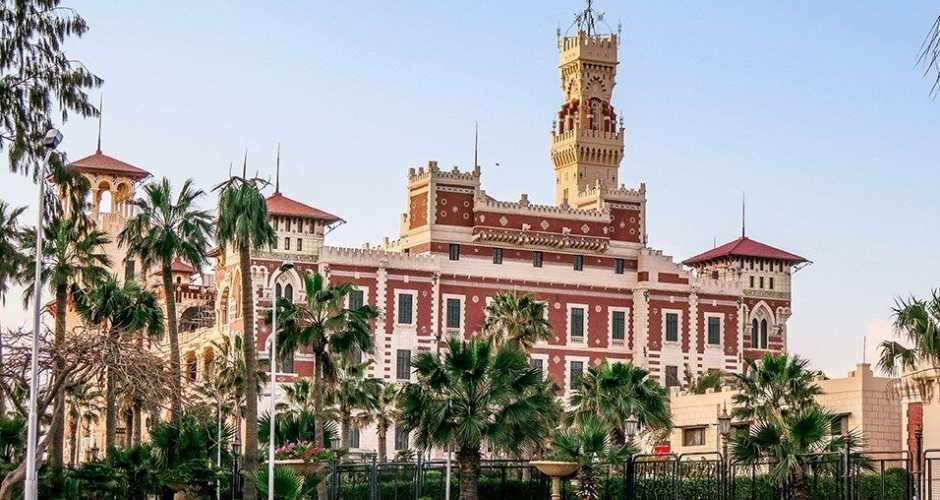