Imhotep was an architectural genius who also made major advances in sculpture, and various fields of medicine becoming one of the most famout achitects in ancient Egyptian and world history. Imhotep was the first doctor known in human history and invented many medications and drugs used to cure a large number of diseases. He was also the first architect in historical record and the first to use stone columns in his various constructions in ancient Egypt. 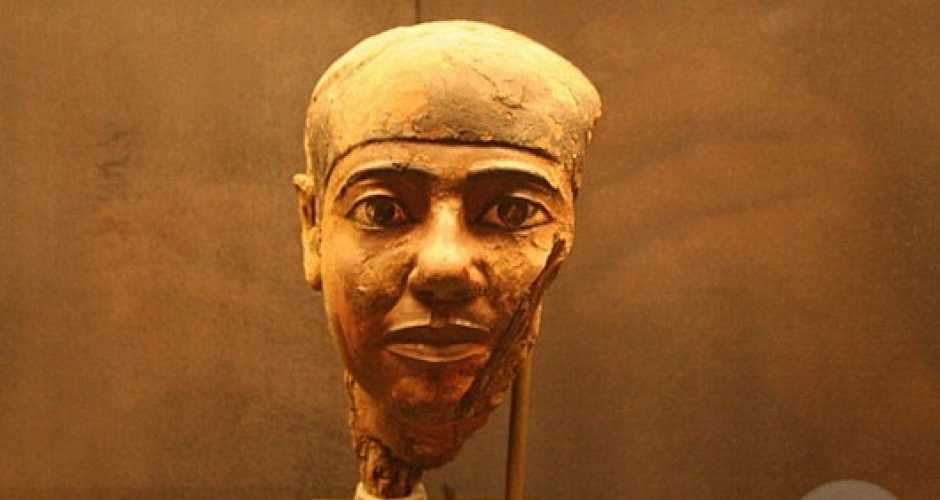 The Imhotep Museum was constructed in Saqqara to honour the memory of Imhotep, one of the most skilled architects of ancient Egypt, and credited with the idea of erecting the tombs of the kings and queens in the pyramid shape we see today.

Imhotep constructed the first pyramid in Egypt, the Step Pyramid of Djoser and a whole complex around the pyramid. The Step-Pyramid of Djoser is the oldest surviving stone building in the world.

Prior to this time, the deceased used to be buried deep inside the ground in tombs that were made of mud bricks. All these concepts changed with the inventions and creations of Imhotep. 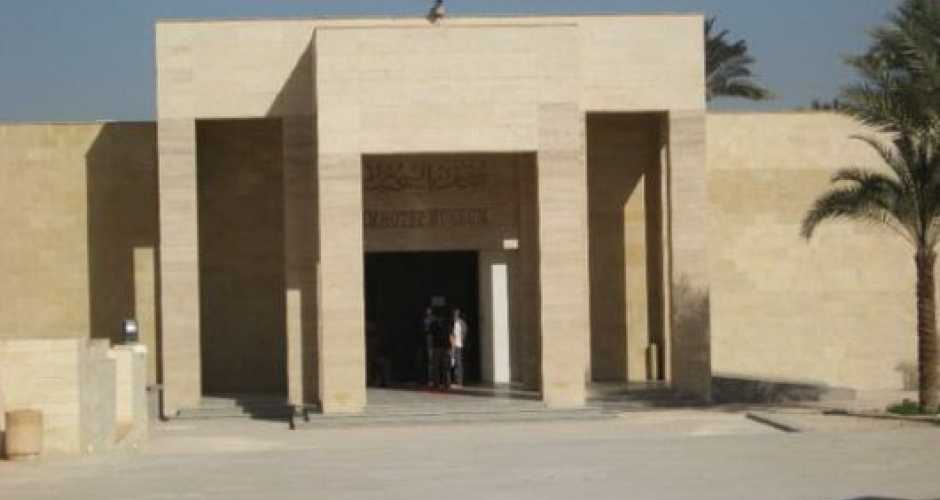 Moreover, Imhotep was a renowed astrologer and some historians and scientists assert that he created the Ephemeris System, and invented the ancient Egyptian style of writing and black ink that became widely used.

He composed and wrote a number of poems that were famous in ancient Egypt among the royal family and the common people as well.

Due to his exceptional skills and talents, Imhotep worked in many important positions in the reign of King Djoser who belonged to the 3rd Dynasty. Imhotep was the general director supervising the affairs of the royal palace of the king.

He became a vizier in the reign of Djoser as well and he had many privileges that were reserved for the Pharaohs and members of the royal family.

It is a great mystery that Imhotep suddenly disappeared from historical records; there was no mention of his death in any ancient Egyptian records, and to this day his tomb has not been discovered. 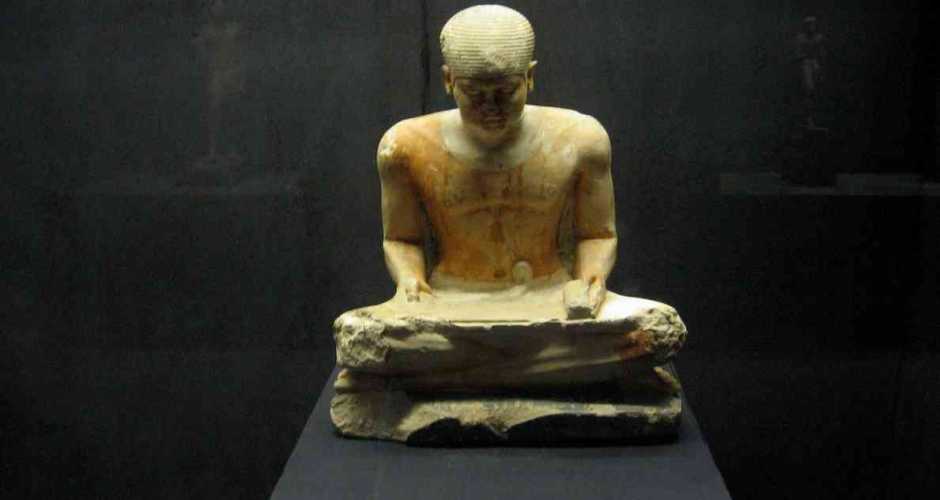 The most astonishing achievement of Imhotep was his design and construction of the Djoser Step Pyramid in Saqqara that was built in the period from 2630 to 2611 BC.

Opened in 2006, the Museum of Imhotep is one of the newest museums to be opened in Egypt. The museum which is located near the Saqqara Pharaonic historical site and ancient royal necropolis hosts around 250 of the most valuable displays.

The Museum of Imhotep in Saqqara consists mainly of 6 large halls situated over a large corridor.

The first hall of the Imhotep Museum, located in front of main entrance of the museum, hosts the ancient base of one of the statues of King Djoser, and four exhibits illustrating the architectural style in ancient Egypt before and after Imhotep and how it evolved greatly because of him.

The hall also hosts many other displays dating back to the Old Kingdom of ancient Egypt.

The second half of the Imhotep Museum in Saqqara is called the Missions Hall and it displays the results of excavations that were carried out in Saqqara over a very long period of time; Saqqara is considered to be among the most important archeological sites in Egypt.

The Missions hall displays about 62 items that consist of a statue of the god Amun that was transferred from the Egyptian Museum of Antiquities and a coffin in the shape of a mummy which is coated with gold.

There is also the Physician collection divided into two rows; the first has 21 bronze statues and the second has 20 offerings, tables and vessels, which are all made of pottery except three made of alabaster. 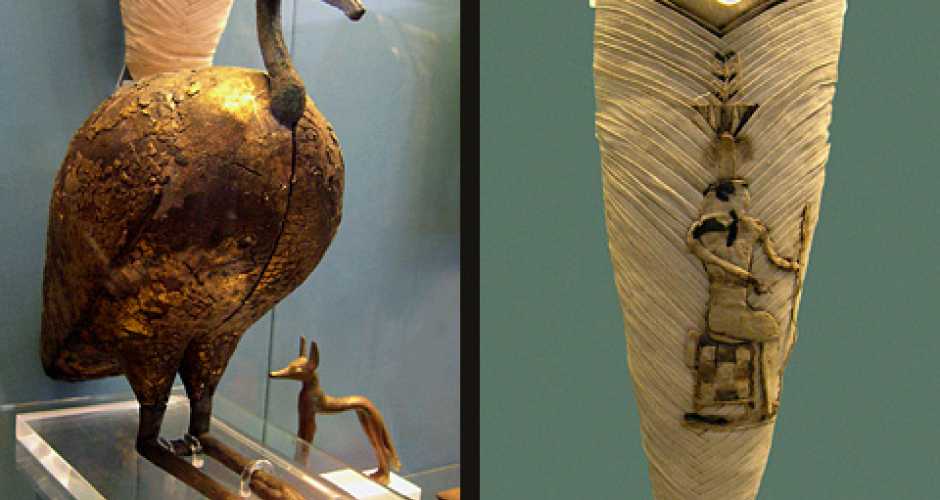 There are also five items made of limestone that include a statue of the King Psammetic from the Late Period, two funerary portraits, and two limestone blocks with colored carvings. The third hall hosts 76 artifacts, including 60 containers made of alabaster.

In the Saqqara hall, there is also a wonderful statue craved in a limestone block, illustrating the use of albaster. There are also 16 statues that date back to the Old Kingdom and one statue that dates back to the Middle Kingdom.

The most famous and important display in this hall is the statue of Ptah-Shepes designed in the shape of the reader and another statue of a man and his wife situated inside a sarcophagus.

The forth hall of the Imhotep Museum hosts eight examples of mosaic walls, gathered from various sites. These items give wonderful examples of the architectural features of different structures in ancient Egypt like columns, ceilings, and grounds.

The forth hall of the museum has a small bronze statue of Imhotep in which he holds a papyrus in his hands and another statue of Kind Djoser made of limestone.The Hall of the Tombs of Saqqara hosts nine collections. These include a wooden coffin, a statue, a model of a boat, and a model of a burial chamber.The other collection in the Hall of the Tombs of Saqqara includes a colored mummy mask that was excavated by a Japanese mission.

This hall also hosts the portrail of a family at the entrance of the hall. This is beside a small statue of King Pepi I, some papyrus, and a small obelisk.Afterward, there is the Hal of the Library that has around 300 books and manuscripts that include periodicals and the publications of the Supreme Council of Antiquities.

In the same hall, there are the personal belonging of the famous archeologist Jan Philip Lauer which includes a compass, a camera, and some photographs.The next section of the museum is the Tomb Hall, containing a real size model of an ancient Pharaonic tomb. This artificial tomb contains a wooden coffin, and some excavations that include pottery, alabaster, and wooden items.

Outside the museum there is a hall displaying a model of the Saqqara Complex, a cinema hall documenting the whole historical site of Saqqara, and some shops. Behind the museum, there are two large storage rooms where displays are preserved for further study by students and researchers. 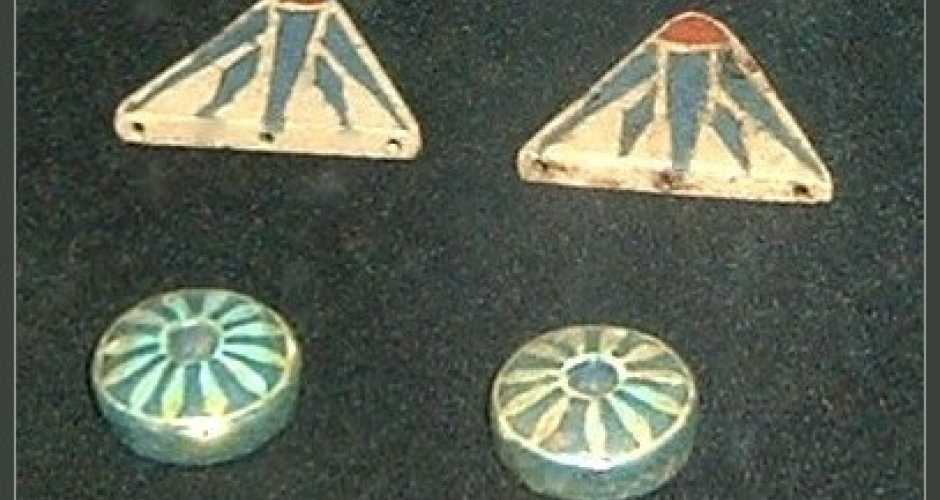 One of the masterpieces now displayed in the "New Discoveries" hall of the museum is a mummy that was found during recent excavations around the Teti Pyramid. When we moved the sands we found a mummy that was the most beautiful mummy I have ever seen. When I saw the mummy for the first time I was shocked. The colors looked like it was painted yesterday – yellow, blue, red and black. We know that it dates to the 30th Dynasty, but regrettably we do not know the name of the owner because there were no inscriptions to tell us. The mask is gilded. The mummy itself was wrapped in linen and is 176 cm in length. The casing is painted with scenes. On the chest there is painted a pectoral with a winged scarab. On each side there are five gods holding scepters.

Under the necklace there is a winged goddess, Ma'at, with two feathers. On the legs of the mummy are scenes of the god Anubis performing the mummifications.

Also in this hall are artifacts found during the excavations of Dr. Zahi Hawass near the Tomb of Qar. This newly discovered tomb was owned by a dentist from the Old Kingdom. There are surgical tools and bronze statues of the gods and goddesses, including Isis, Horus, Osiris, Ptah, Anubis and others. Dr. Zahi Hawass has made enormous contributions to Egyptology. Doing excavations, restoring monuments, opening new museums, publishing numerous books and articles, recovering stolen artifacts and increasing public awareness about Ancient Egypt and the new discoveries through the media, under his leadership the face of Ancient Egypt in today's world has reached heights never before achieved. Just as the Ancient Egyptians might say, "His name will live forever." 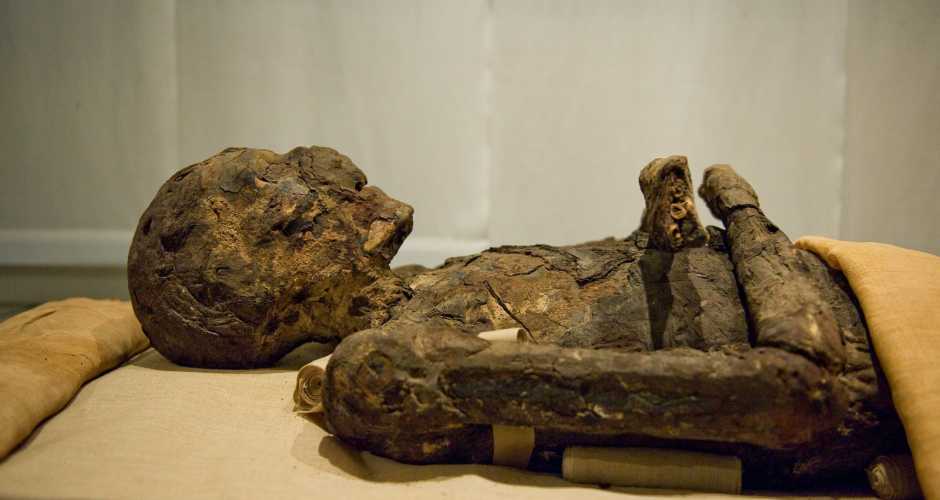