Opened in 1997, the Nubian Museum is a belated, but well-executed, tribute to the culture and influence of Nubia and the Nubian people on the history of Egypt. This ancient culture, every bit as old as that of Ancient Egypt, existed along the banks of the Nile for millennia in the areas we call southern Egypt and northern Sudan today. One of UNESCO's best-known international safeguarding campaigns began on 8 March 1960, when an appeal was made to the international community to help save the 3,000-year-old monuments and temples of ancient Nubia from flooding by the rising waters of the Aswan High Dam. The campaign, supported by more than 60 of the Organization's Member States and numerous international scientific teams, aimed to carry out excavations in areas that would be submerged by the building of the High Dam and to dismantle and then reconstruct various major monuments. Many of the artifacts now conserved in the Nubian Museum were found on sites that have since been submerged by the waters of the High Dam. Together, they bear witness to the long history of Nubia, which for millennia has acted as a bridge between different regions, most notably between Africa, the Middle East and Europe. They highlight the myriad interconnections and exchanges that have taken place in the region in work that bears witness to remarkable scientific and aesthetic developments. 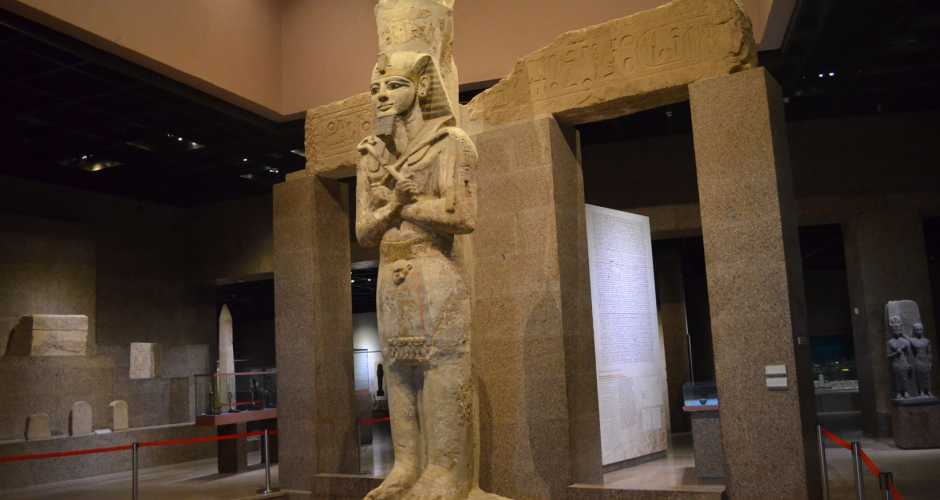 The museum is considered to be a gateway to the history of Nubia that enables visitors to understand the complex history of this unique area. Each exhibit has a description note underneath it written in Arabic and as well in English. The first place that attracts the attention of the visitor is the garden of the museum which hosts more than eighty historical statues and historical rocks, some of which are dedicated to the gods of ancient Nubia. There are also some artificial lakes and waterfalls that serve as a demonstration of the river Nile and its flow into the lands of Nubia. 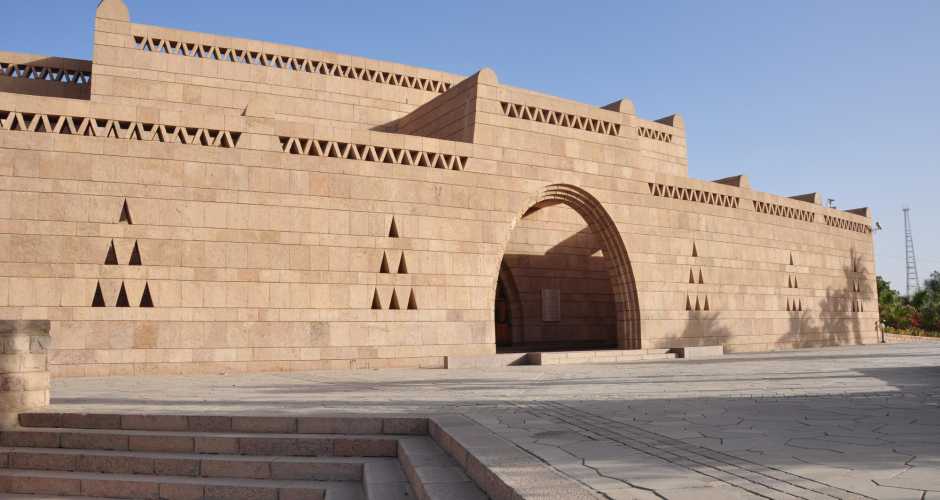 Building Of The Nubian Museum

The museum was designed by Mahmoud Al-Hakim who succeeded in creating a museum in harmony with the surrounding setting of huge rocks, small mountains, and the shining sun of Aswan. The new Nubian Museum was opened in 1997 and the beautiful lines of its architecture alone make it well worth seeing. Nestled into the hillside at Aswan, it covers 50,000 square metres and includes landscaped gardens and buildings which are divided up into many different sections. 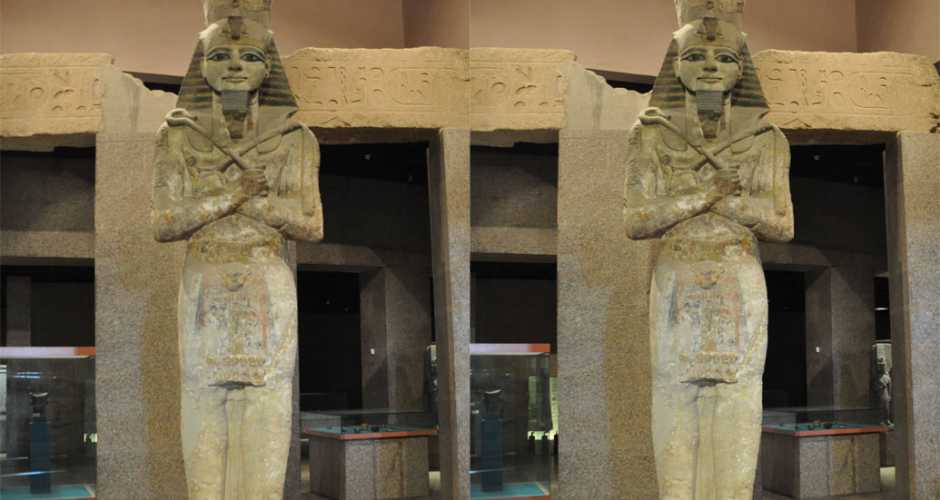 A lot of wild plants are cultivated in this area which is 34,000 meters large. This section also has a theatre that hosts regular Nubian dances for visitors to view this unique folkways of the Nubian people. There is a cave as well that contains ancient drawings. The museum consists of two floors. The ground floor contains the main gates of the museum, exhibition halls, and visitors reception hall, while the first floor contains an information center, culture activities center, and another exhibition hall.When the visitor first enters the building of the museum, he or she has to walk in a circle to the left to go to the starting point of his tour which starts with the antiquities found in Nubia around 3500 B.C. The most important exhibits in this section include a bone comb with two giraffes carved on the handle, a vessel made out of an ostrich egg and decorated with incisions and a paleolithic ax. 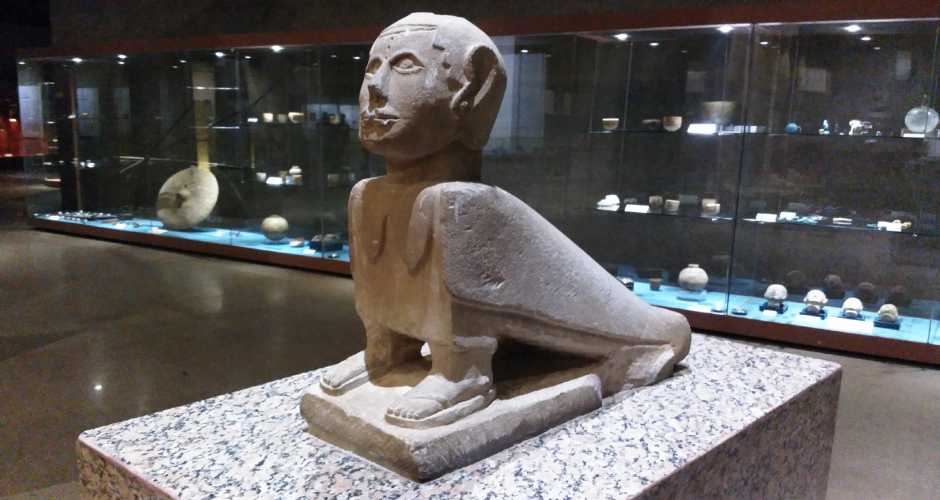 The most important Christian displays in the Nubia Museum include a wooden Coptic cross, a Coptic prayer book that contains Coptic inscriptions, Byzantine-style fresco from the church of Abdalla Nirqi, 10th century, and a Fragment of a linen shroud depicting a human face.When the Moslems opened Egypt in 641 AD, Islam became the official religion in Egypt. However, in Nubia Islam took some time to replace the dominant Christian beliefs. It wasn't until the 16th century when most of the Nubian people changed their religion to become Moslems. This Islamic section includes a child's tunic from the Fatimid period, a tombstone from the Fatimid period, 968-1070 A.D. and a water vessel from the Mamluk period. 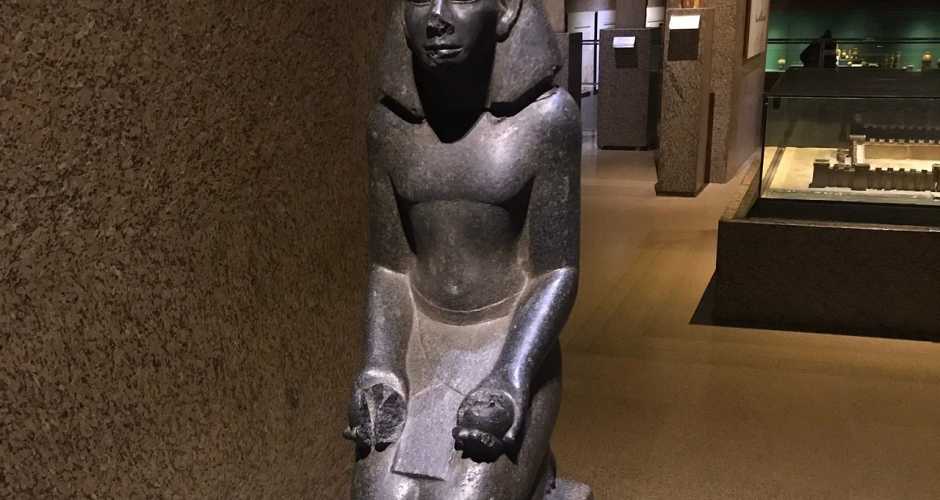 The last and maybe most interesting section of the Nubia Museum is the modern Nubia section with demonstrates the lives of Nubian people today and a few decades ago. Many tourists from around the world are fascinated with Nubia, maybe because of its uniquely rich culture. This section includes a silver pendant and anklets, a lot of Nubian handcrafts, a Russian chain worn on the forehead by Nubians, and a pectoral jewelry piece, named the Bey necklace.