Al Minya is one of the most important archaeological sites in Egypt. Tell El Amarana (Akhenaton) was the Capital City of the King Akhnaton called by some the heretic king. Bani Hassan with the amazing tombs of the rulers of the old City. during the Middle Kingdom, Tuna El Gebel, The old Cemetery with the tomb of Petosiris, the high priest of Thoth and the tomb of the Isadora and El Ashmunein, which was a town of great importance as a cult Center of Thoth, the god of wisdom, healing and writing.

(Akhenaton) was the Capital City of the King Akhnaton during 18th dynasty called by some the heretic king, Ekhnaton built his city in a bay of cliffs on the east bank of the Nile as a centre for the worship of his new religion Atenism, The ancient city has become a pilgrimage for those of us who have been Captivated by this Unique Period of Ancient history. The texts tell us that king with his queen Nefertiti was directed to the new city in year 5. The City was called Akhetaton( Horizon of the Aten)The dedication ceremony is recorded on three boundary stelae carved on limestone Cliffs at the Northern and the southern extremities of the New City. A further eleven stelae were cut on both banks of the river to define the boundaries. 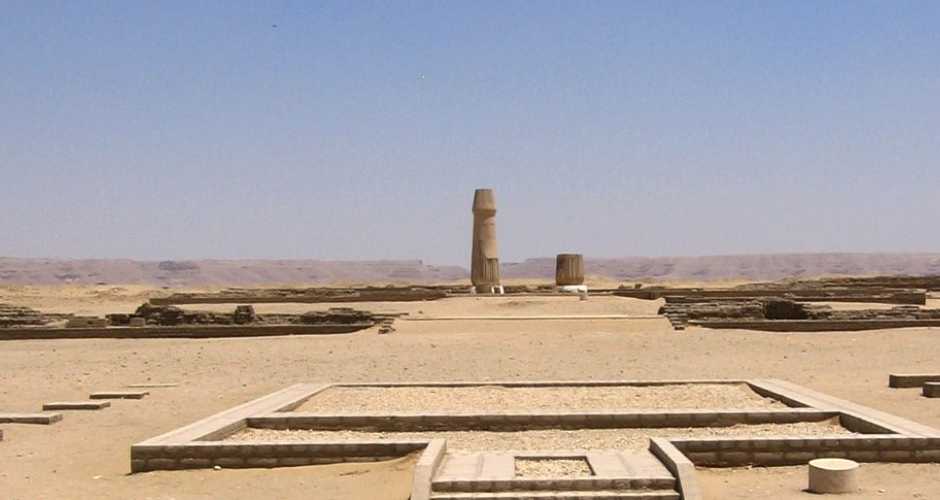 Situated to the north end of the Cliffs surrounding the Amarna plains, the North tombs are just over 3 k.m from el Till ferry landing, from the Privately run resthouse at the base of the cliff, along a flight of the modern step ascends to the six decorated tomb open to the visitors, which are divided into two groups. The view from the top of the steps gives the visitors a panorama of the Northern end of Akhnaten and shows what a vast area the ancient City covered. among these tombs, The tomb of Huya, The tomb of Meryre, The tomb of Pentu, the tomb of Panehesy. 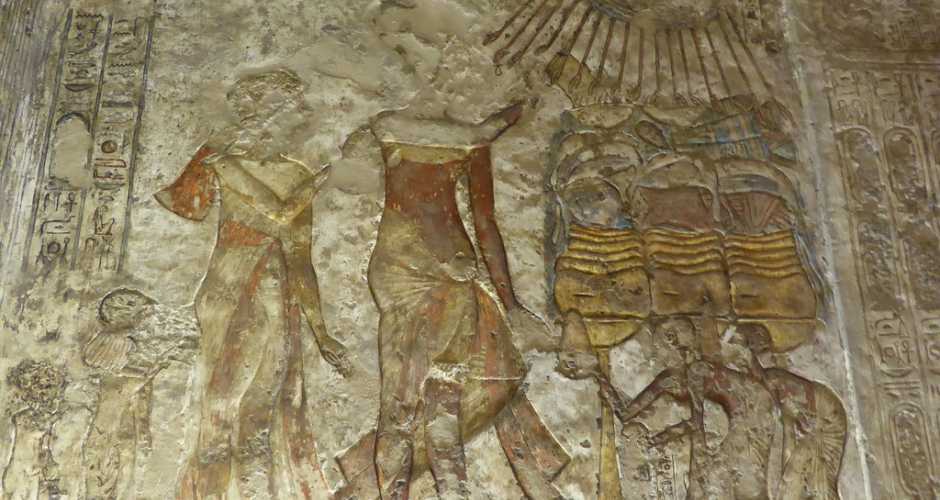 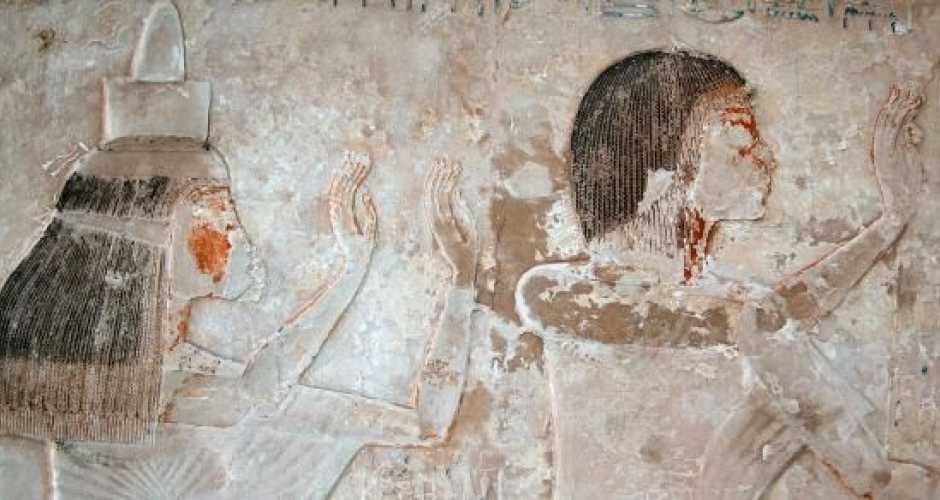 The entrance to the royal wadi is often said to take the form of the hieroglyphic symbol of the horizon, the Akhet. The royal tomb began with similar proportions to the earlier tombs in the valley of the kings at Thebes, however, several chambers for the subsidiary burial of members of the royal family were cut after the early death of the king's second daughter Meketaten. 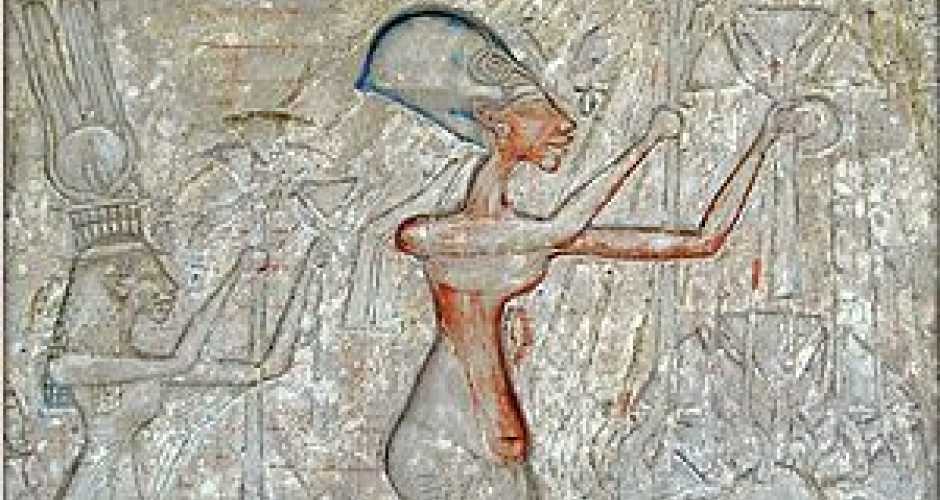 Bani Hassan is a small village south of El Minya, where an important group of Rock-Cut tombs are carved into the high limestone cliffs on the east bank on the east of the Nile. The most important of the tombs belonged to the Provincial ruler of the 16th upper Egypte nome. and offer a rare chance to see the distinctive style of the colourfully painted scenes of the daily life, the recreations and the military activities. 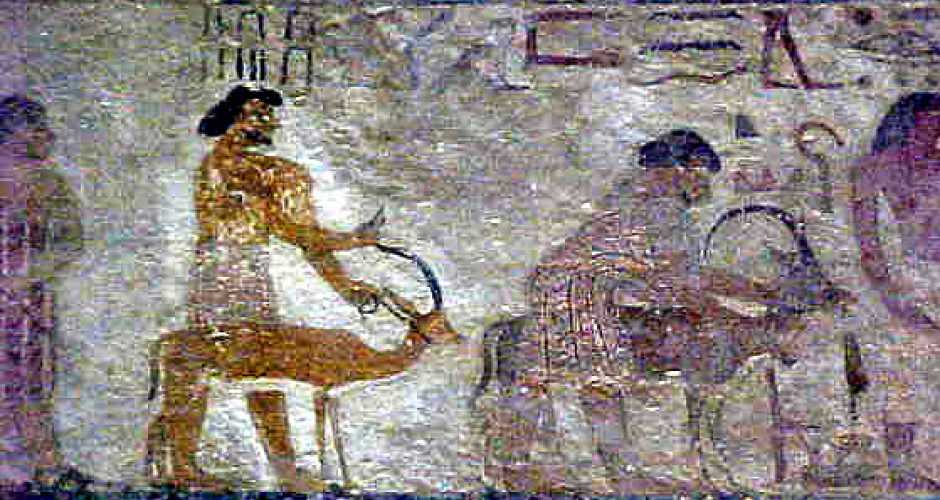 Near the modern Village of tuna el Gebel, on the edge of the western desert, the large site functioned as Necropolis for the ancient town of Khum or Hermopolis, The Cemetery was located 11 K.m from the City, in an area which is perhaps, better known as the north -western boundary of Akhnaton`s City of Akhenaton  and it is marked by a boundary stela 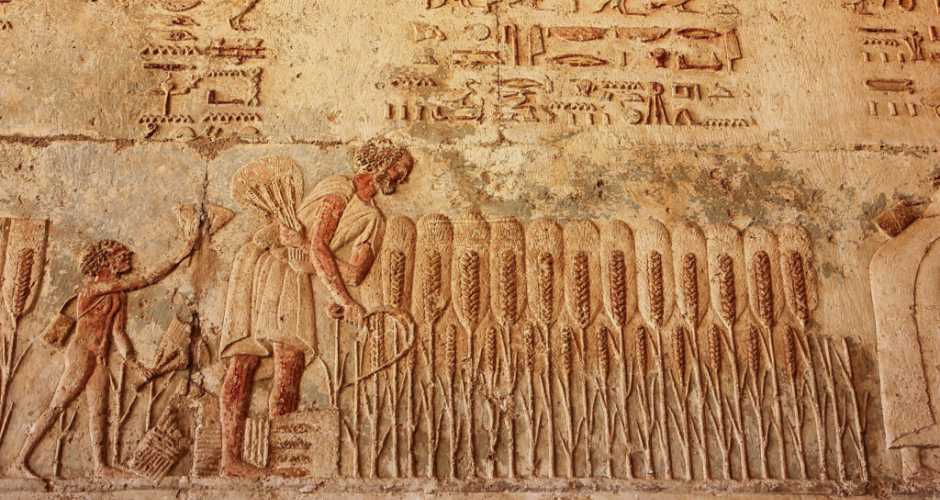 El Ashmunein was a town of great importance as a cult Center of Thoth, the god of wisdom, healing and writing. During the old Kingdom, the town was known as Khmunw. It was called Hermopolis Magna-The Greek god Hermes was associated with Egyptian Thoth, Who dominates the site in the guise of two famous colossal baboon statues. 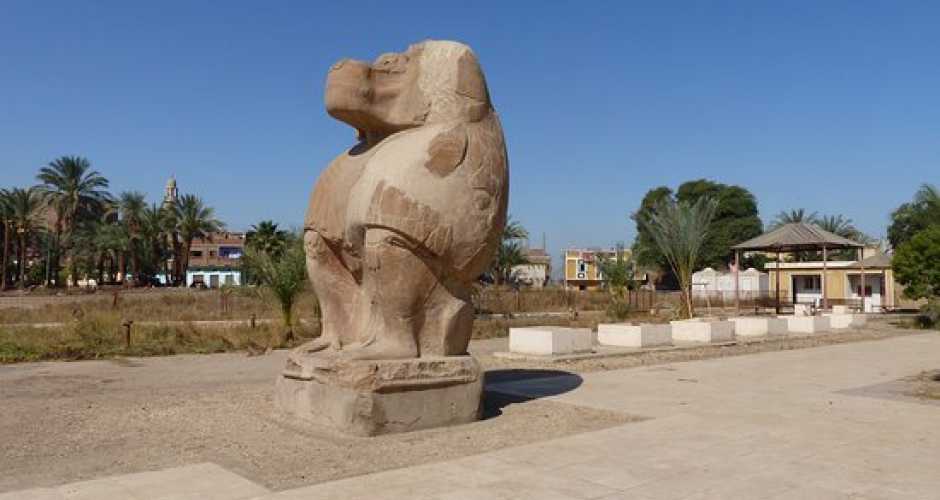 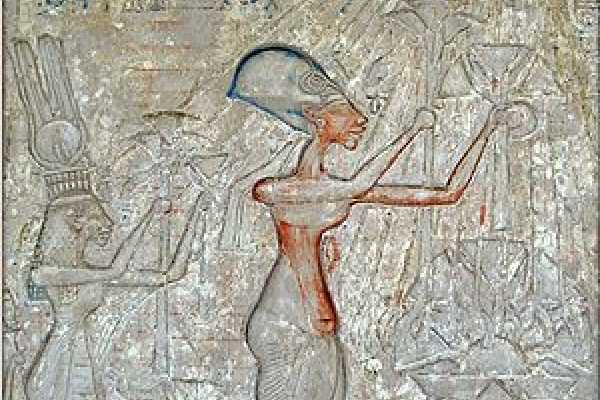 Enjoy a Private 2 Day Trip to El Minya From Cairo, El Minya is one of the most important archaeological sites in Egypt. You will Visit Tel El Amarana tombs and the Royal tomb of King Akhnaton. Bani Hassan, Tuna El Gebel and El Ashmunein. 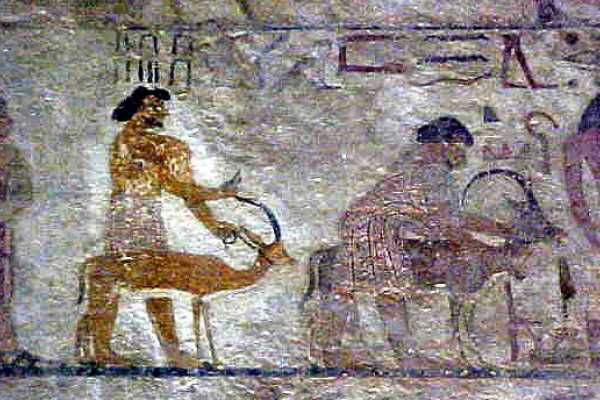 Enjoy Private day trip to Al Minya from Cairo. Al Minya is one of the most important archaeological sites in Egypt. You will Visit Tel El Amarana tombs and the Royal tomb of King Akhnaton. Bani Hassan, Tuna El Gebel and El Ashmunein.