Kalabsha Temple is one of the wonderful attractions in Aswan which considered the most delightful city on the banks of the Nile River, as it is the most favorite winter resort for all people since the nineteenth century.

Kalabsha Temple returned to the roman times and was dedicated to the Nubian god Mandoulis, and go back to the time of roman emperor Augustus, later emperor have contributed for the construction, for example, kaligula and Trjan.It originally was built on much early site that dates back to the 18th dynasty and most probably go back to king Thothmosis and Amenhotep II.The temple is considered among the most complete temples in all of Nubia. Located within view of the High Dam, Kalabsha Temple is often the first stop for any cruise on Lake Nasser. It was moved to this spot from its originally location 30 miles to the south after the construction of the dam. 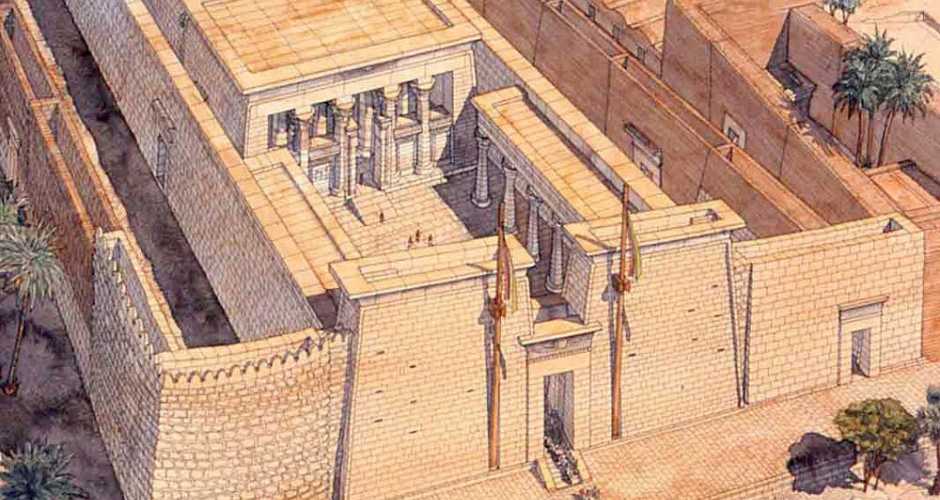 The design of Kalabsha Temple is classical for the Ptolemaic period with pylons, courtyard, hypostyle hall and three room, However the Pylon is offset, which creates a trapezoid in the courtyard beyond, It was based on the site of an earlier structure built by Ptolemy IX as evidenced by a chapel There is also a small chapel and gate on Elephantine Island from Kalabsha, and a gate built by Augustus was given to the Agyptisches Museum in West Berlin. 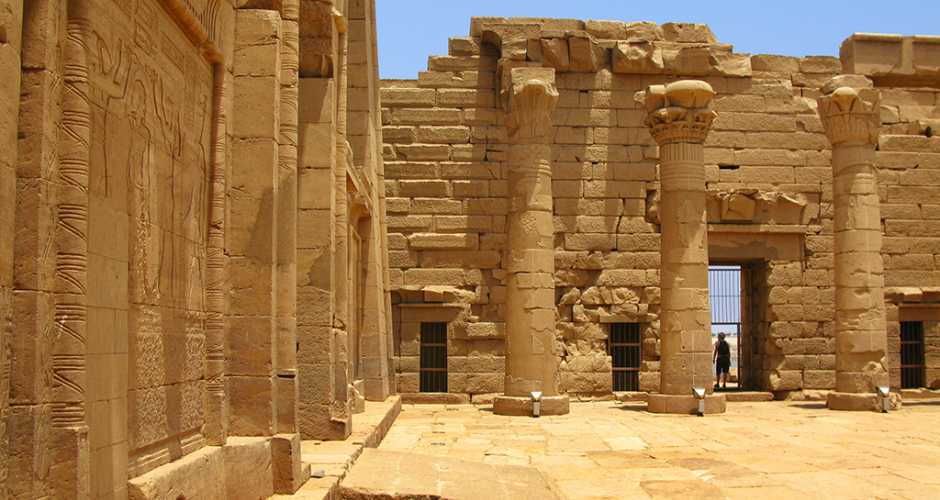 It has a large pylon, which is connected to the rest of the complex by a wall, creating a closed space. There are stairs to the roof, offering a great view of the lake and back up to the High Dam. 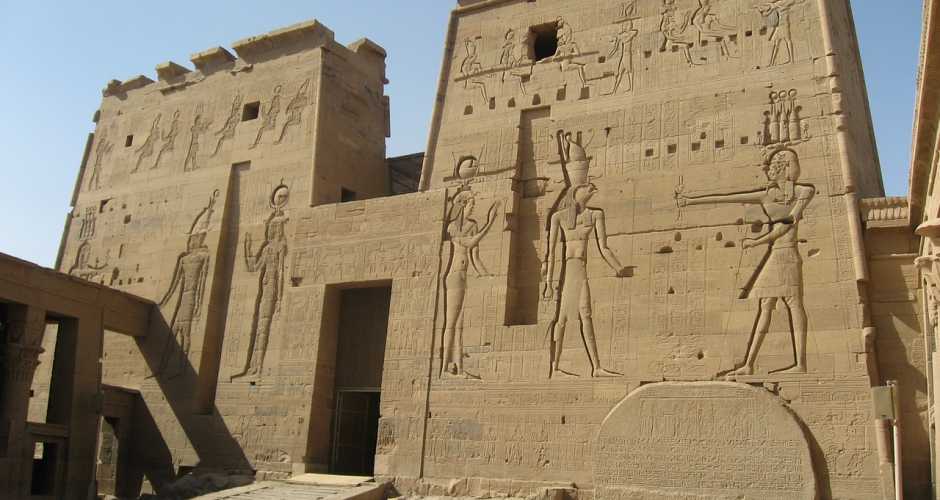 The courtyard just inside the pylon once had columns on three sides, At either end is a staircase that leads to the upper stories of the pylon and a good view of Lake Nassar, On the right screened wall separating the courtyard from the hypostyle hall is an engraving from Aurelius Besarion (around 249 AD), the governor of Ombos and Elephantine decreeing the expulsion of swine from the town for religious purposes, On a column here is the text of King Kharamadoye and is one of the longest Meroitic inscriptions found to date. 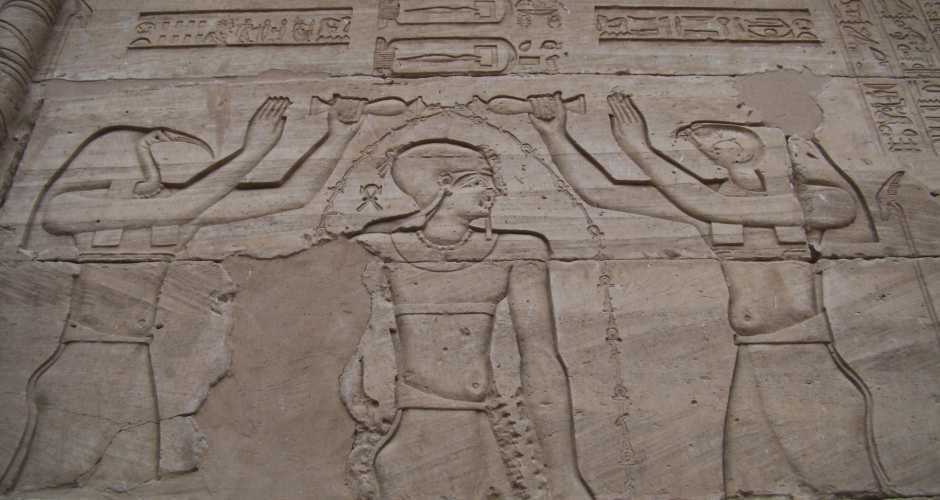 The temple's original outer stone gateway was given by the Egyptian government to Germany in 1977, in thanks for helping to move this building. It is now in the Egyptian Museum, Berlin. As a result of a massive Unesco effort, the temples here were transplanted from a now-submerged site about 50km south of Aswan. The new site is on the west bank of Lake Nasser just south of the High Dam.,When the water level is low you can sometimes walk across to the site; otherwise, you can find a motor boat on the western side of the High Dam. 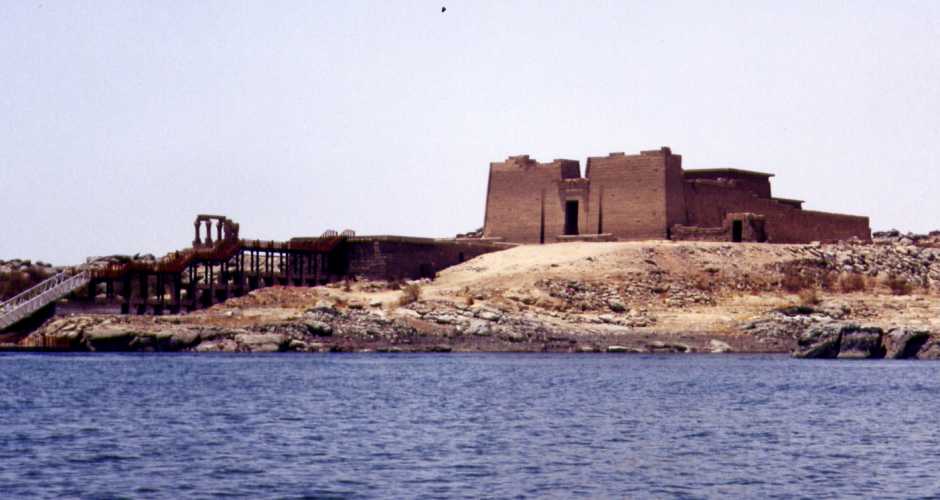