THE PYRAMID OF HAWARA

The Pyramid of Hawara ( Arsinoiton Polis) was built by the King Amunemhat III during the twelfth Dynasty  The Pyramid,  it `s casing removed in the Roman times, looks like a heap of rubble, but the site was one of the most important archaeological discoveries in Egypt.The Mortuary temple was the labyrinth that so mazed The greek traveller ( Herodotus) I visited this Place and found it to surpass the descriptions( He said the Labyrinth was believed to have been hewn from one single rock and Contained over 3000 rooms, It was also mentioned by almost every ancient traveller Strabo, DiodorusHere at Hawara 146, Fayoum portraits were found in the Cemetery North of the Pyramids( You Can see a few of them  at Kom Aushim Museum and in Cairo Museum) 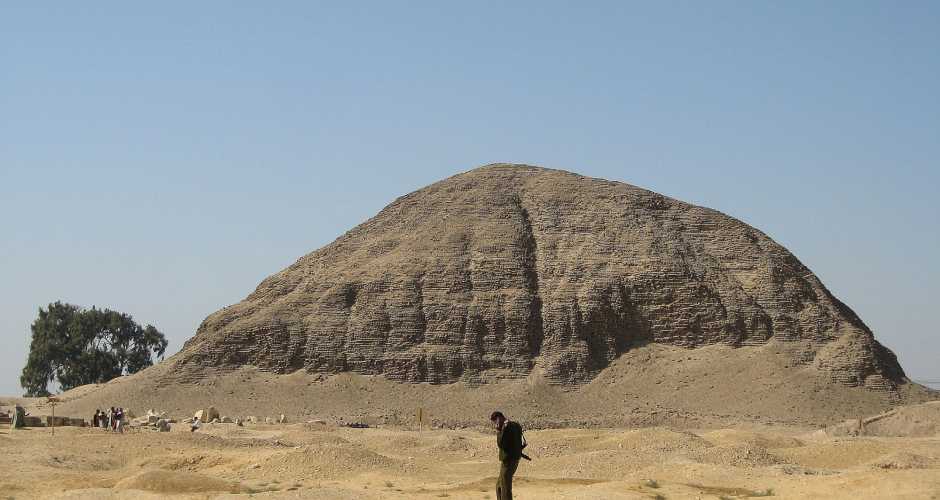 Although the Pyramid of Hawara was originally covered with white limestone casing, sadly only the mudbrick core remains today, and even the once-famous temple has been quarried. The interior of the pyramid, now closed to visitors, revealed several technical developments: corridors were blocked using a series of huge stone portcullises; the burial chamber is carved from a single piece of quartzite; and the chamber was sealed by an ingenious device using sand to lower the roof block into place.

Microbuses between Medinat Al Fayoum and Beni Suef pass through the town of Hawarat Al Makta. From here, it is just a short walk to the pyramid. Alternatively, you can visit in a taxi as part of a circuit. 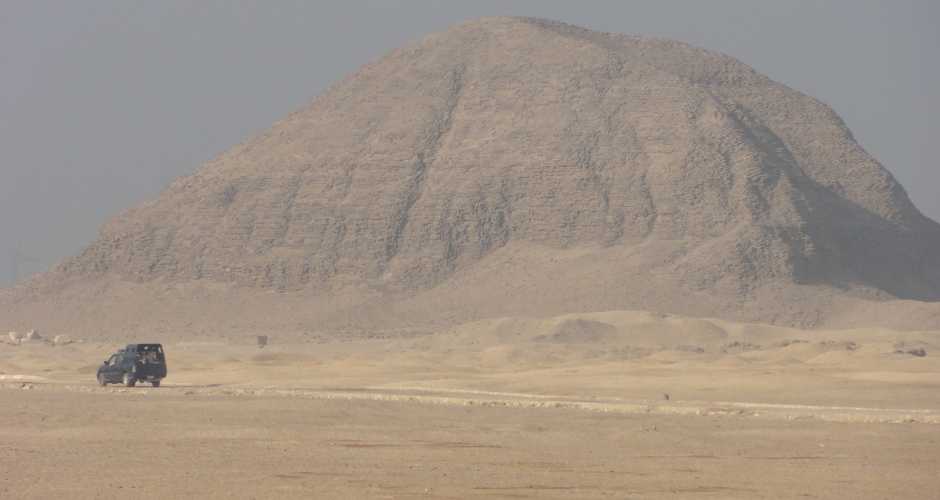 The Village Of Hawara

The village of Hawara is located 9 kilometers to the South East of the city of El Fayoum, one of the most wonderful destinations in Egypt. The village is situated around 100 kilometers southeast of Cairo and has been known since ancient times when it was called Hat Wa'art, which means "the footsteps." Afterward it was named Laprincess and some historians believe that this name was originally derived from the name of the Temple of Amenmehat III in Hawara, the "Laprent" or "the temple located at the outlet of the lake."

Archeologists were able to unearth some of the most wonderful portraits in Hawara, which are famous now for being called "the Portraits of the Fayoum". These are 146 portraits of different people drawn with paint and they date from the 1st to the 3rd centuries A.D. 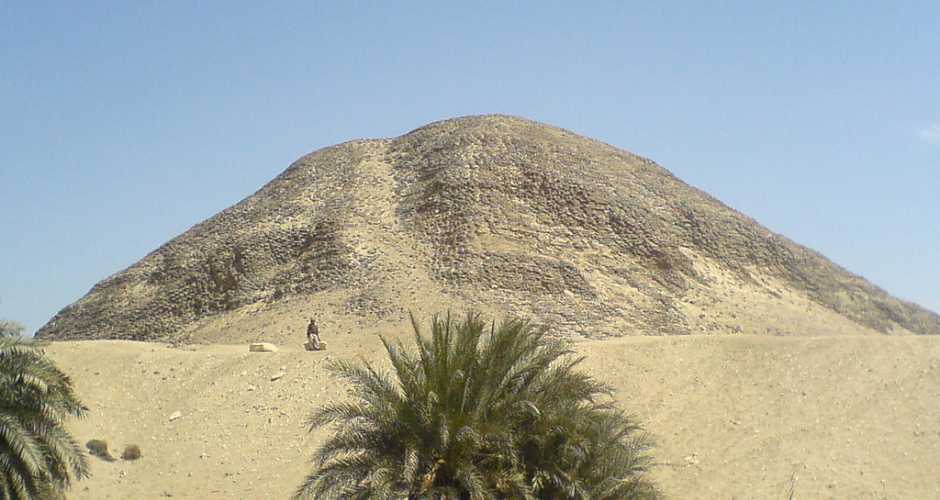 King Amenmehat III ruled Egypt in the 19th century B.C. and built the Pyramid of Hawara. He was the son of King Sesostris III who had made great achievements during his reign like achieving peaceful political conditions with the neighboring countries located to the north and east of Egypt. Sesostris III also managed to get Nubia, located to the south, fully under Egyptian control.Because of all these achievements and successful military operations, Sesostris was able to hand Amenmehat III, his son and successor a powerful kingdom and empowering Amenmehat III to continue the achievements of his father and continue ruling a largely stable kingdom. 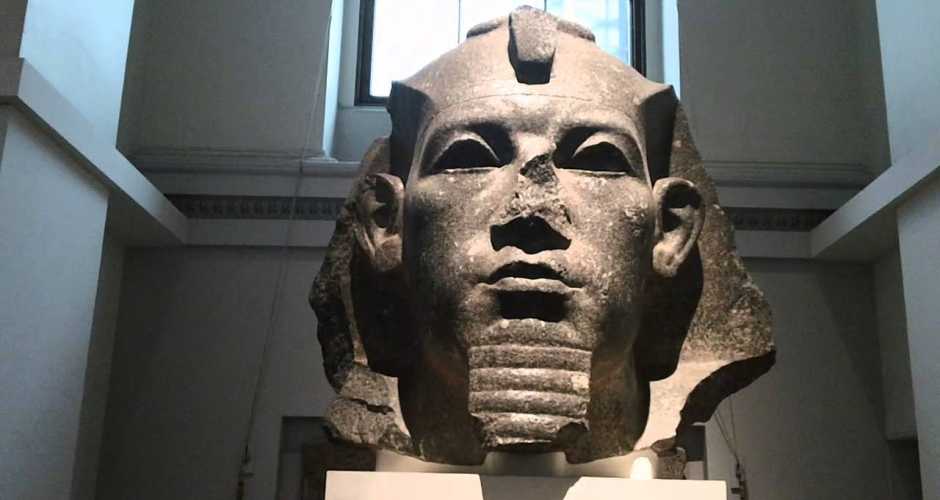 Amenemhet’s pyramid, as usual for the pyramid was built of mud brick and cased with limestone. the pyramid was built with a base length of 105 m and a height of 58 m rising with a slope of 48 o 45 o as the king built another pyramid in dahshur which had been abandoned because it’s lack of suitability so the fear of collapse probably what caused the builders of the Hawara pyramid to lower the slope with as much as 9o  30o. The pyramid’s core was built entirely of mud brick stones with only an outer in limestone. The limestone encasing has been pillaged by stone robber’s centuries ago but the limestone core still remains, giving the modern visitor the impression of Amudbrick Mountain.The entrance to the substructure is located on the west side of the south face of the pyramid. It descends down into a first chamber, from where it appears to continue to the north, leading to dead end. A short passage in the ceiling of the first chamber running east leads to an antechamber from which the actual burial chamber can be entered when entered in the nineteenth century, the pyramid was found to contain two sarcophagi one for Amenemhet III and one for his daughter nefru -ptah. She was buried temporarily in her father’s pyramid until her own tomb could be completed.

The burial chamber is often rightly described as a technical marvel. It is carved from a single piece of hard quartzite into a rectangular .when the burials had been completed the chamber was sealed by a single roofing slab of some 45 tons. The internal security arrangement should have been impenetrable yet robbers still managed to penetrate the tomb ravage the bodies and burn the wooden coffins. 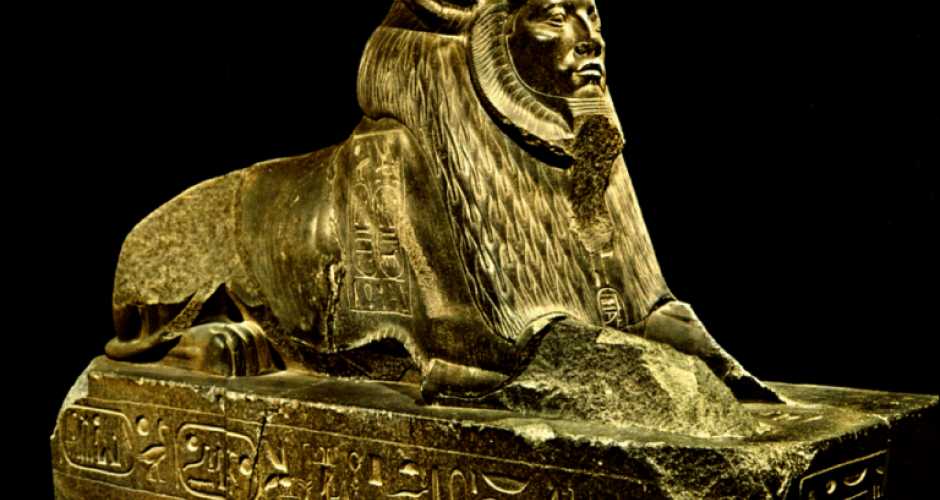