The Mosque of Amr ibn al-Aas in Damietta is the second mosque built in Egypt and is one of the most famous and oldest mosques in Damietta, built by Muslims after the city was opened in the year 21 AH, it was built in 642 AD in the style of the Amr ibn al-Aas Mosque in Fustat in ancient Egypt and has Kufic writings and columns dating back to the Roman era. It is also called (Al-Fateh Mosque), which is related to the Arab conquest. It was created by the great companion Al-Miqdad bin Al-Aswad during the reign of Amr bin Al-As

The mosque consists of a dome in the center, surrounded by four iwans and on the western side there is the main entrance to the mosque and it is a prominent entrance from its walls and near the door there is a square minaret hall that was destroyed by an earthquake in ancient times.What impressed in the history of this mosque was that it changed from mosque to church to mosque a few times. When (Jean de Brienne) seized Damietta in 1219 AD, he made this mosque into a church, and when the Crusaders left Damietta in 1221 AD, he converted to a mosque.

In 1249 AD, when Louis IX entered Damietta, he made the mosque a cathedral and held great religious parties, attended by the Pope's deputy, including the baptism of the child born to the wife of Louis IX and his name, Jean, and his nickname (Thristan), i.e., the sadness of the birth war and the mosque has existed since the Fatimids renewed it The year 1106 AD. 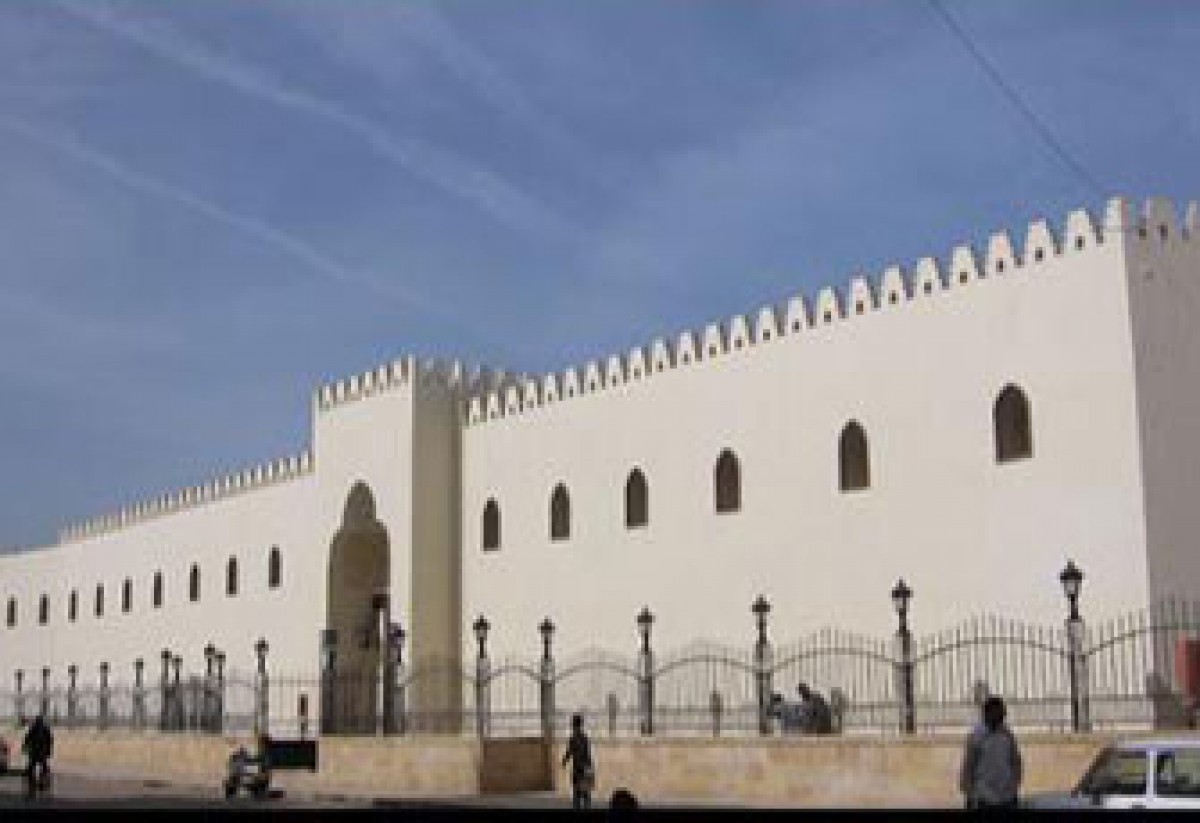 The Governorate, in coordination with the Supreme Council of Antiquities, has made the necessary repairs to this archaeological mosque, and the Ministry of Culture, represented by the Supreme Council of Antiquities, has implemented a comprehensive development project for Damietta city monuments at a total cost of 66 million pounds, given the region's increase in groundwater and a deterioration in the case of its antiquities. 1] The Mosque of Amr Ibn Al-Aas, similar to the Mosque of Amr Ibn Al-Aas in Fustat, was restored, an open courtyard surrounded by four arcades, the largest of which is the Qibla Gallery, that is, the southeastern gallery, and it was renovated and increased its area in the year 500 AH 1106 AD. The Mamluks ordered them to destroy Damietta, but they kept this mosque. The mosque was suffering from a high level of leaching water in the adjacent area, and several years ago a project began to reduce this level and it was decided to start raising the floor of the mosque.

The mosque includes iwans surrounding the open courtyard, the largest of which is the qibla iwan. It contains a number of columns made of marble dating back to the Roman era. The bases of these columns land about three feet below the level of the courtyard. It also includes columns of dark stone and porphyry. The mosque was reopened in front of the worshipers on Friday, May 8, 2009, which coincides with the National Day of Damietta, which corresponds to the victory of the people of Damietta on the Crusade led by Louis IX, King of France