This small hill, situated in Siwa oasis at the northern end of Siwa Town, is honeycombed with rock tombs peppered with wall paintings. Its name, Gebel Al Mawta, means 'Mountain of the Dead' and most of the tombs here date back to the 26th dynasty, Ptolemaic and Roman times. Only 1km from the centre of town, the tombs were used by the Siwans as shelters when the Italians bombed the oasis during The Second World War 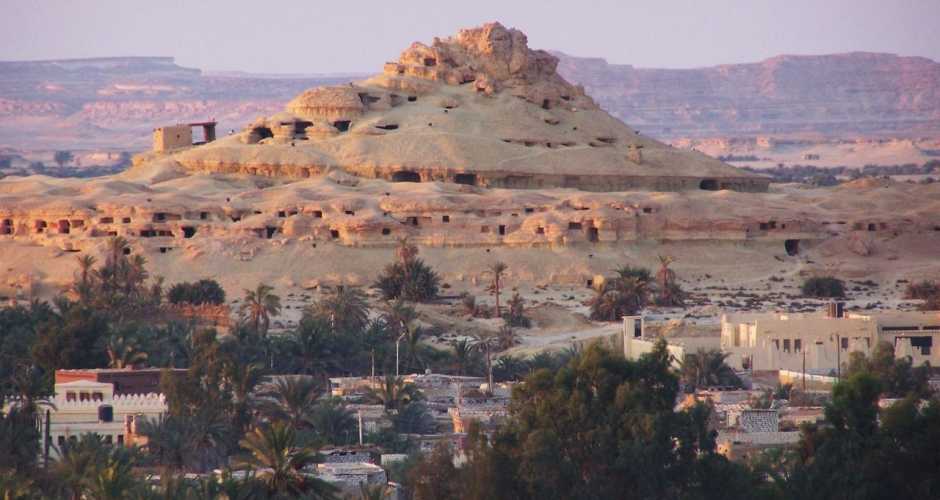 The mountain contains number of tombs. The tombs, which cover every inch of its base and are situated on its terraces and on all sides of the conical part, date from the 26th dynasty , the Greek and the Roman periods, though there appear to be no Christian burials.

Tomb of Niperpathot
The tomb of Niperpathot is a large tomb and one of the oldest tombs in the oasis, Almost certainly from the Twenty-sixth Dynasty. It has a court with 3 tombs on the Mountain. Niperpathot was the Prophet of Osiris and scribe of the dive documents.

The Tomb of the Crocodile
Excavated in 1941 and  consists of three rooms and decorations of Osiris, Hathor and Crocodile Sobek
The Tomb of Si- Amun

Si-Amun which is considered the most beautiful one in the oasis of the Western desert. The tomb dates to about the 3rd century BC. It was discovered in October,1940 and unfortunately, some of its decorations were badly damaged by soldiers in Siwa at that time, who cut away parts of the painted plaster. The tomb, as with others in the area, was robbed during the Roman period.

entrance. The tomb was unfinished, and only decorated on one wall. 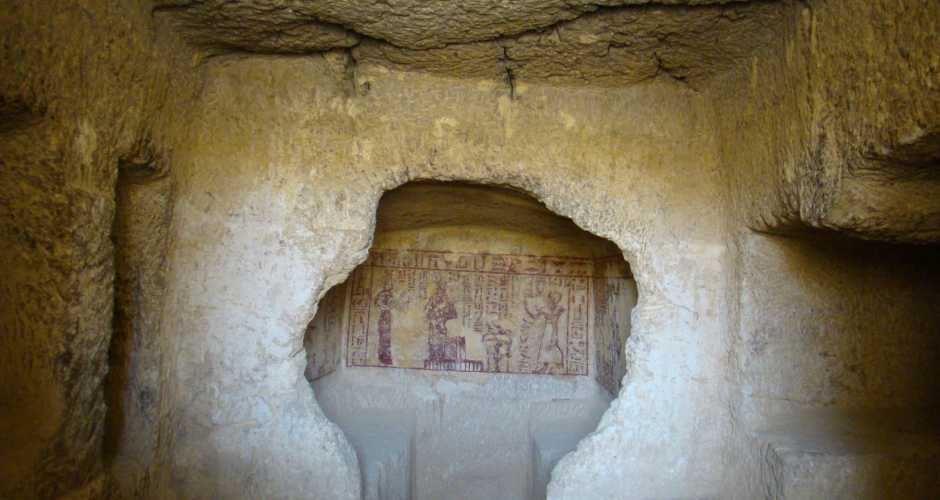