This stately mosque was built over the tomb of a revered 13th-century Sufi saint, Abu Abbas Al Mursi, from Murcia in Spain. Several successive mosques have been built and rebuilt on the site. Though the current structure is modern, it’s still an attractive octagonal building, with a soaring central tower and an interior decorated with eye-catching Islamic mosaics, tiling and woodwork. Al Mursi is one of the four master saints in Egypt, so his tomb here is a pilgrimage place. 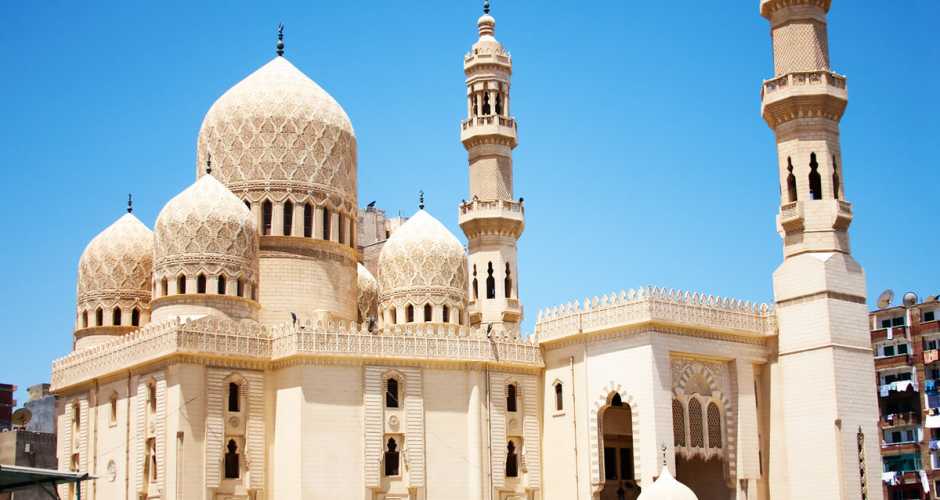 The mammoth cream-colored mosque that holds his name is a major pilgrimage site. For non-religious visitors, the mosque's exquisite facade of swirling Islamic calligraphy designs and motifs is the major draw-card. Those that want to enter to see the beautiful and intricate mosaic halls should dress modestly and leave their shoes at the main entrance. 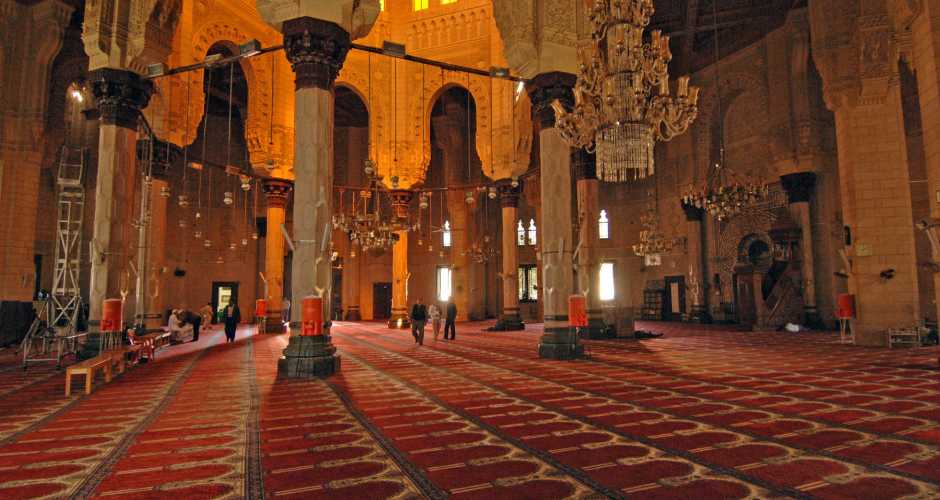 Today, the mosque dominates a large midan (square), easily visible and accessible from the Corniche. Leave your shoes at the entrance and slip the attendant a little baksheesh (tip) when you collect them. Visitors can join the devotees who still flock to Al Mursi’s shrine under the main floor. On summer nights a carnival-like atmosphere surrounds the mosque, with everything from pony rides to bumper cars to merry-go-rounds. 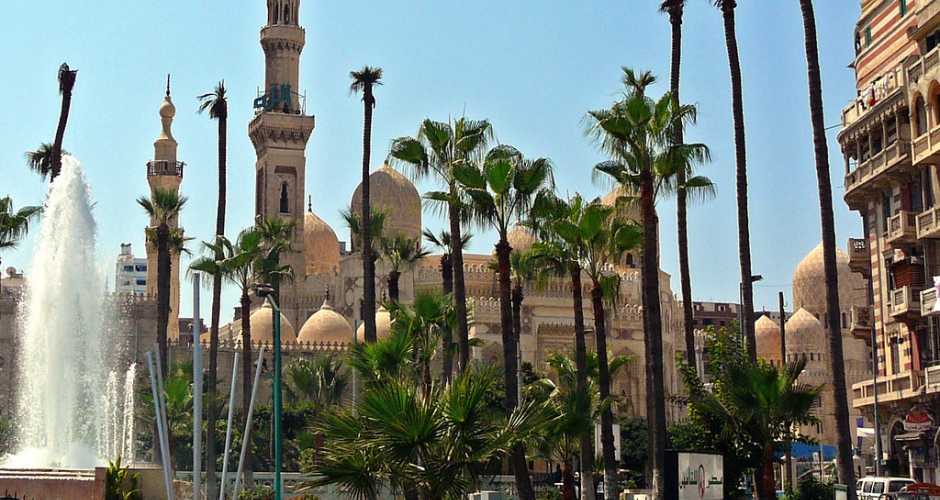