The Temple Of The Ramesseum

The Temple of the Ramesseum was built by Ramses II as a funerary Temple in 1304-1207 B.C and was dedicated to the god Ra. Most of the Temple is in ruins today. The entrance to the temple once had two pylons that have since collapsed. In the first courtyard, of the temple, only a colonnaded hall has survived. In front of the ruins of the first pylon, there once stood a colossal statue of Ramses that was more than 1000 Tons in weight and 18m high! You can still see the remains of it today. Many other Kings have superimposed monuments in the Ramesseum such as Mernptah and Ramses III. The Greeks identified this as the Temple of Memnonium (they associated the colossal statue in front of the Temple with their legendary hero, Memnon, the son of Aurora who's mother, Eos, was the Goddess of dawn. Also, they sometimes called it "the tomb of Ozymandias", a name that might have to be derived from the ancient Egypt word "User-Maat-Ra". 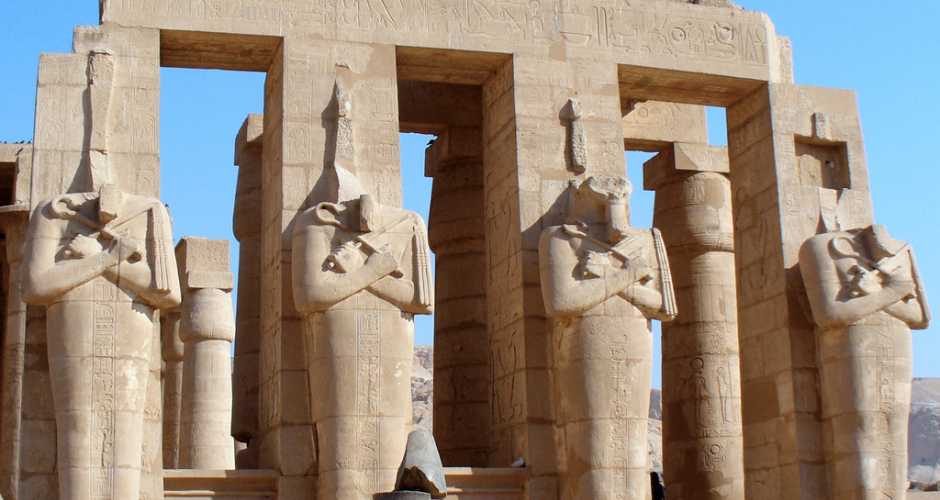 The Name of the Ramesseum Temple

The ancient Egyptians called the temple the “million years temple” due to its huge surface area. The structures covers an incredible fifty thousand square meters. It is also home to gigantic statues of Ramses II that were built on the site. The huge complex which was dedicated to the god Amun, took 20 years and tens of thousands of workers to build. This temple was constructed to serve two purposes. The temple was publicly constructed to enable the ancient Egyptians to practice their religious rituals, including prayer and ritual offerings to the gods. It was also, and perhaps more so, built to demonstrate the greatness of the Pharaoh and his political and military achievements 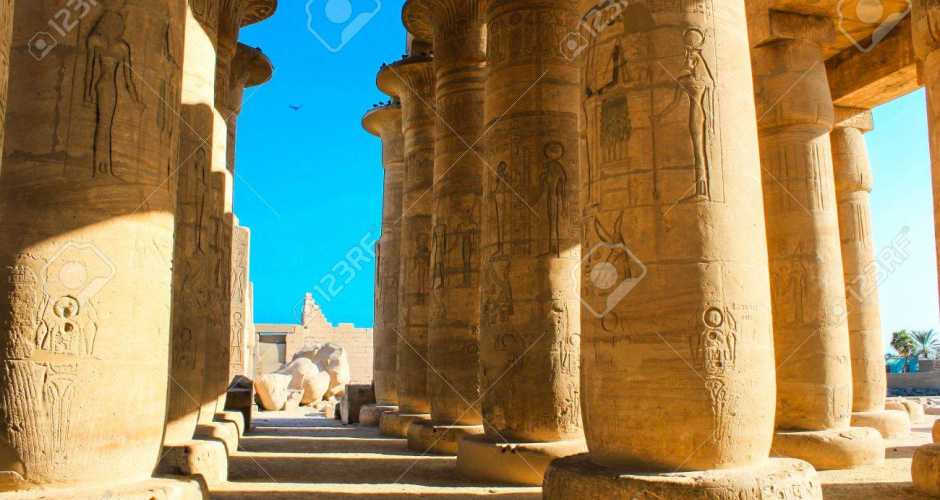 The Battle of Qadesh

In circa 1275 BC, Ramses II led the Egyptian army into battle against the Hittites in the city of Qadesh, an important trading town in Syria. Many historians assert that the result of the battle was inconclusive. Ramses however declared victory, presenting the image of a victorious army leader in most the temples he constructed all around Egypt. Ramses II was drawn firing arrows at the fleeing Hittites, and he was also represented as a man of great strength, holding his enemies from the head. Despite this war like reputation, Ramses is also responsible for the first recorded peace treaty in human history. This happened when he negotiated a truce with the Hittites some years after Qadesh. 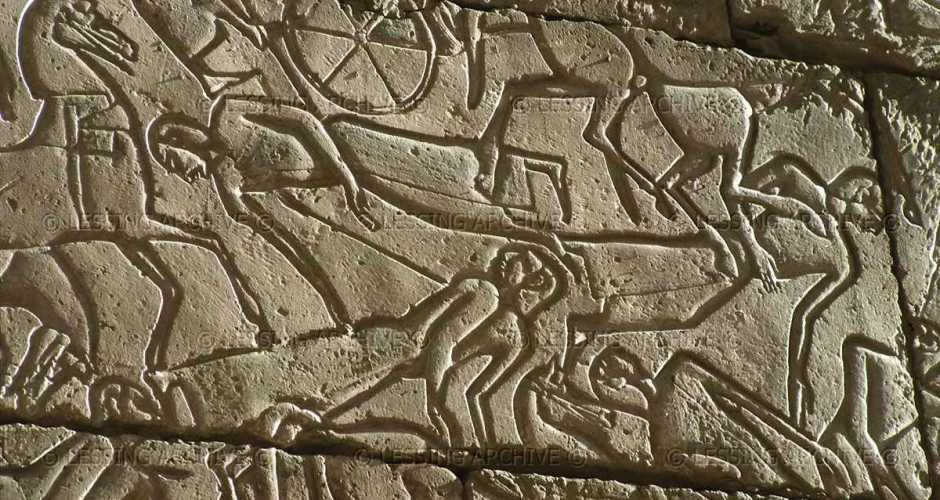 Description of the Ramesseum Temple

The Ramesseum Temple was made up by two huge walls. A huge inner wall surrounded the temple itself, while an outer wall surrounded the storage rooms and smaller buildings of the temple. A wide corridor connected these two walls, decorated with statues of sphinxes in a manner similar to that built between the Luxor Temple and the Karnak Temple on the East bank of Luxor. This temple played host to two huge stone statues of Ramses II which were 18 meters high and weighed over 1000 tons. All these statues have since collapsed, but sections of them, including the heads and shoulders can be viewed in the complex. The most remarkable aspect of the Ramesseum Temple is perhaps the Oriside Columns; statues of Ramses II incarnating Osiris, the god of the underworld. These figures, arms crossed bearing the crook and fail, mark the funerary nature of the temple The hypostyle hall of the Ramesseum Temple is supported with huge columns. The capitals of these columns are still in such a good shape that the visitor can view their colors and decorations that represent scenes from the Upper and Lower kingdoms of Ancient Egypt The Ramesseum Temple complex also used to include a smaller temple dedicated to the mother of Ramses II, Tuya, and his wife Nefertari. 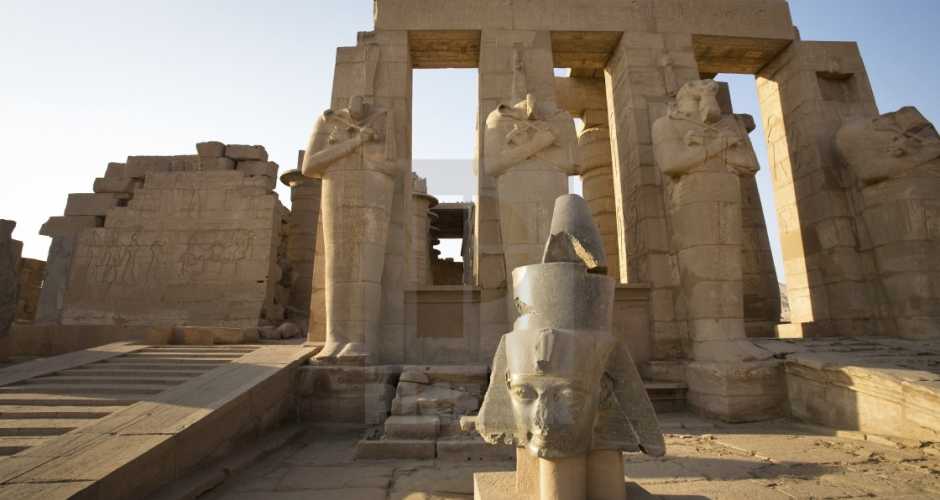