It is a spectacular temple, The temple of Amun, built during twenty-sixth Dynasty, the temple and its oracle flourished into  the Greek and Roman times. The temple was built on a top of mountains, The ruins of the temple can be reached by climbing a well-marked path up the side of the rock.According to a legend, the temple was built in honour of ham, the son of Noah, by Danaus the Egyptian, another legend relates the foundation of the temple to the Greek god Dionysus. While lost in the western desert. Dionysus was perishing of thirst, when A ram appeared and guided him to the spring of Agroumi, In Gratitude Dionysus erected this temple.Oracle, Manifestations of God, were highly revered in the ancient world, Able to see into the future they were consulted regularly before important decisions were madeIt is believed that Alexander the Great wished to consult the Siwan oracle to seek confirmation that he was the son of Zeus. The Greek god of gods, when he and his entourage arrived, A manifestation of the oracle was paraded through the city accompanied by eighty priests, After his visit to the oracle, whenever his image appeared  on coin, Alexander was shown with horns of the ram, the symbol of Amun, the god of gods in Egypt 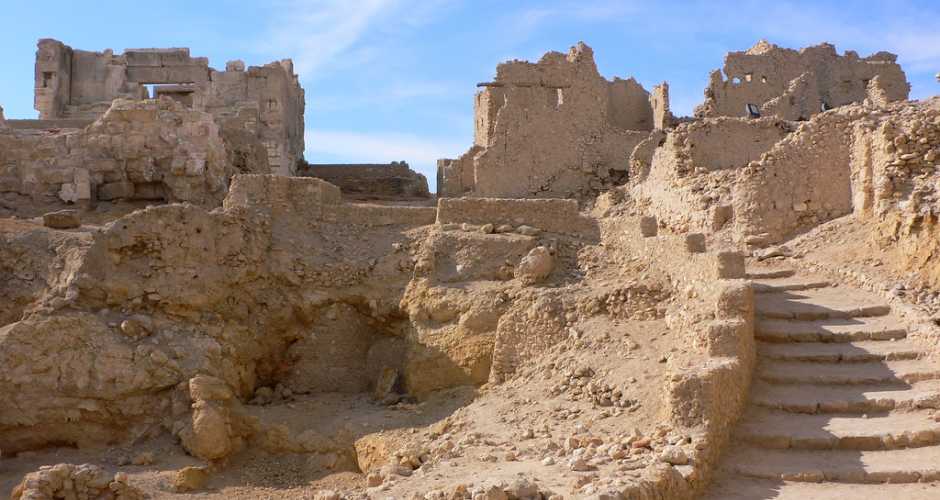 Temple of the Oracle

In the mostly abandoned village of Aghurmi in the Siwa Oasis is a most famous temple of Amun, now more known as the Temple of the Oracle because of Alexander's visit when he conquered Egypt. It is actually one of two temples dedicated to Amun at Siwa, the other being Umm Ubayda. It sits atop a flat rock, and is a spectacular sight. Built during the 26th Dynasty (though the Oracle's origin is reputed to be much, much older), this temple and its Oracle flourished well into the Greek and Roman periods.

There are a number of myths about the founding of this temple. One of them tells of two black priestesses from the Temple of Amun at Thebes (modern Luxor) who were banished to the desert. In this tell, one of them founded the Temple of Dodona in Greece, where she became the voice of the Oracle. The second, after a time in Libya, came to Siwa where she became the Oracle's sibyl. 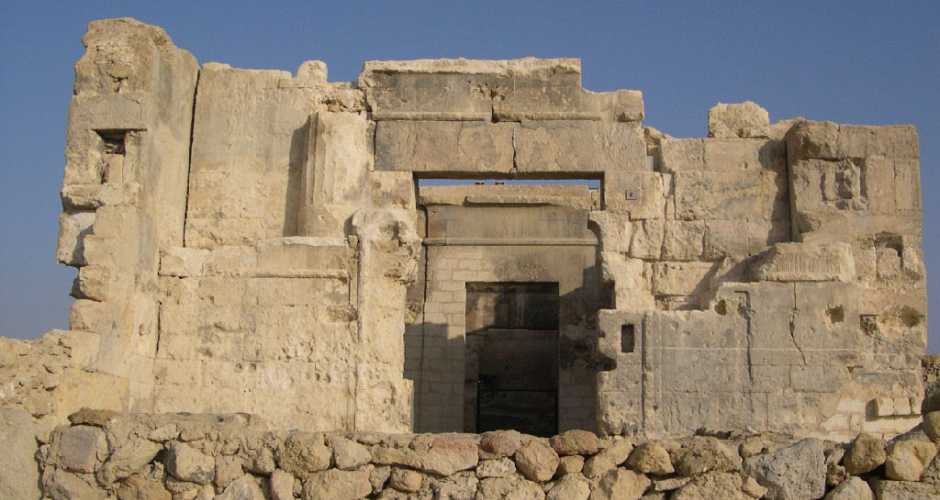 Another tell maintains that the temple existed as early as 1385 BC, and was built in honor of Ham, the son of Noah, by Danaus the Egyptian, while yet another legend relates the founding of the temple to the Greek god Dionysus. While lost in the Western Desert, Dionysus was perishing of thirst when a man appeared and guided him to the spring at Aghurmi. In gratitude, Dionysus erected the temple.

Oracles, manifestations of the gods, were very revered in the ancient world and their existence in Egypt dates back for beyond the Temple of the Oracle at Siwa. Able to see into the future, they were consulted regularly prior to important decisions. Other important Oracles of the ancient world were located at Persia, Libya, Delphi, Cumae, Samos, Cimmeria, Erythrae, Tibur, Marpessa (on the Hellespont) and at Phrygia. Their abodes were typically close to a natural phenomenon. At Siwa, the temple was located at the spectacular Spring of the Sun. Sibyls, priestesses who spoke the Oracle's message, were believed to be endowed with prophetic powers often called upon to intercede with the gods.

Various ancient sources, including Quintus Curtius and Diodorus, report that the original form of the Oracle at Siwa was the bezel of a ring, which was embellished with gems including the elusive Siwan emeralds. Later, the form became the head of a ram, a symbol of Amun. We are told that, unlike the great complex at Karnak, wealth was not important, and in fact, the Oracle at Siwa strove to maintain its primitive simplicity. 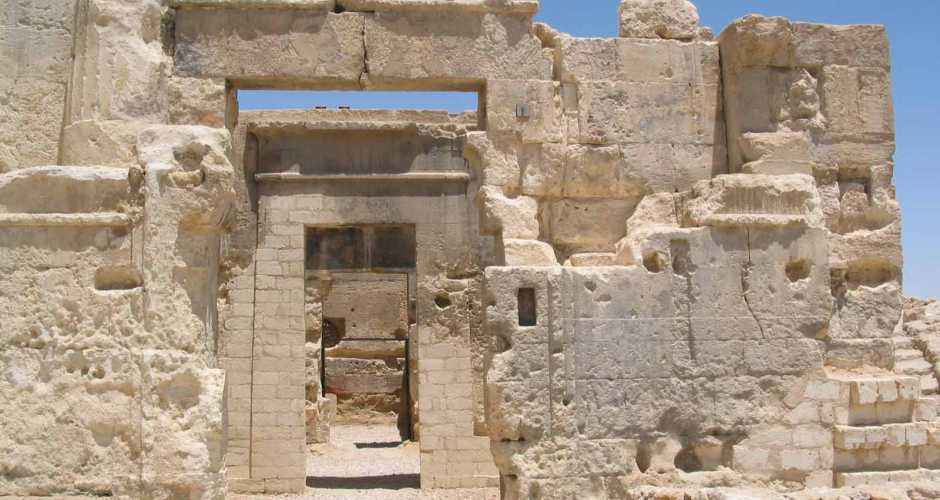