Tombs of the Nobles

The Tombs of the Nobles make for an interesting visit among the rest of the West Bank sites precisely because they break this trend. Located between the Ramesseum and Hatshepsut’s Temple, these clusters of tombs carved into a rocky hillside are all dedicated to administrators, governors, and other figures of minor nobility. The triumphal imagery of conquering pharaohs and depictions of eternal life after death in the temples and royal tombs around Luxor can become repetitive. When you find yourself suffering from temple overload, a visit to the Tombs of the Nobles (or the Worker’s Village) might be a good idea.
In these tombs you will find more humble depictions of everyday life and the jobs that these functionaries fulfilled. The real-life depictions of nature and everyday concerns are refreshing and provide a bit more insight into what ancient Egypt might actually have been like. The Tombs of the Nobles are not as well marked as the royal tombs and larger sites on the West Bank due to the relatively small number of visitors that they receive. This can make visiting them a bit more difficult without a guide, but it is still nice escape from the more crowded sites at the Valley of the Kings and more major temple complexes. 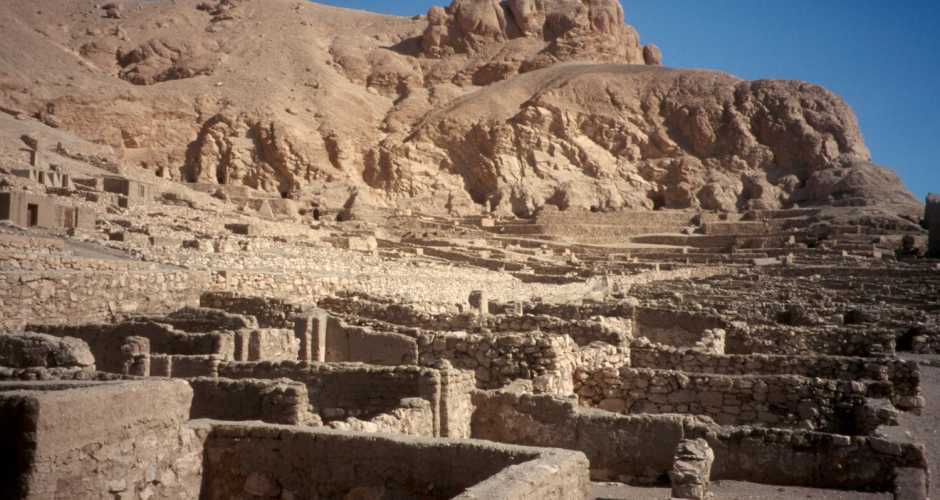 Aametju (or Ahmes or Ahmosis) is Mayor of Thebes and Vizier under Thutmose III of the 18th Dynasty. The facade of Tomb TT83 features a series of pillars and openings in a style known as a ‘saff-tomb’, after a model dating back to the 11th Dynasty. This particular tomb served as a house for several Egyptologists, which gave rise to its name : “The house of Wilkinson”. 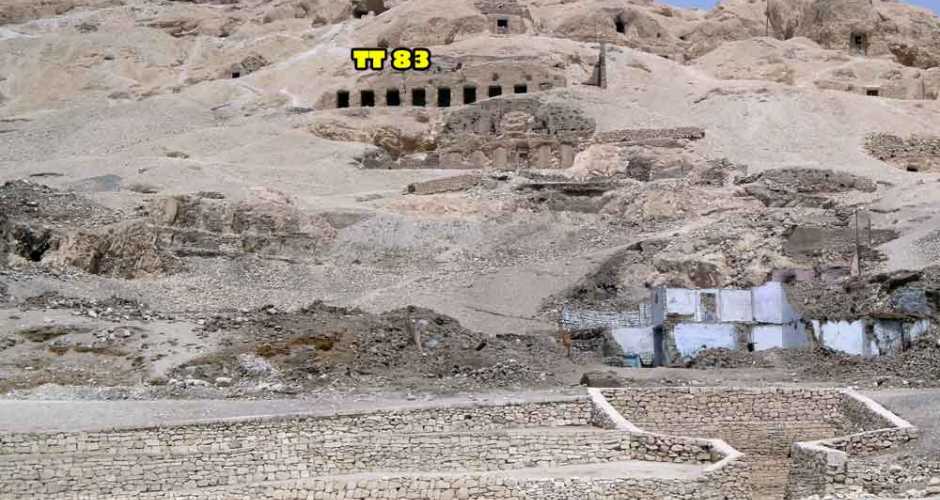 Amenemhat was"steward of the Vizier", and "scribe who reckons the corn” under Thutmosis III. Nevertheless, this subordinate character had a great knowledge of religious beliefs, and even reused the Pyramid Texts of the Old Kingdom. TT82 is an essential source for our knowledge of the funeral practices of the time 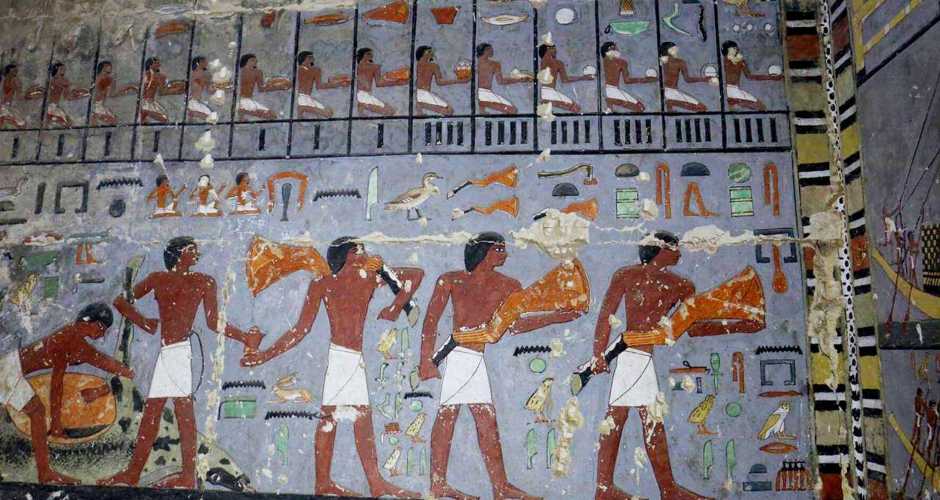 Ameneminet is a priest in the ‘Temple of Millions of Years’ of Amenhotep III. Tomb TT 277 is small and irregular but its decoration, in the Ramesside style, is well preserved. Some of the scenes in it are most unusual, such as one featuring the transportation of the mummy to the burial chamber. 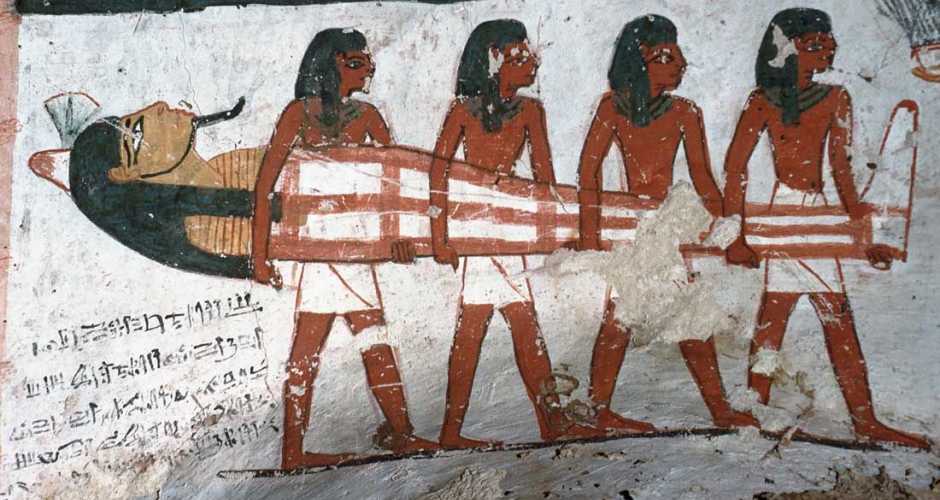 The tomb dates from the 20th Dynasty and belongs to a character whose powerful family was in the service of the temple of Amon. This is an example of the so called temple-tombs, as many are found at that time. 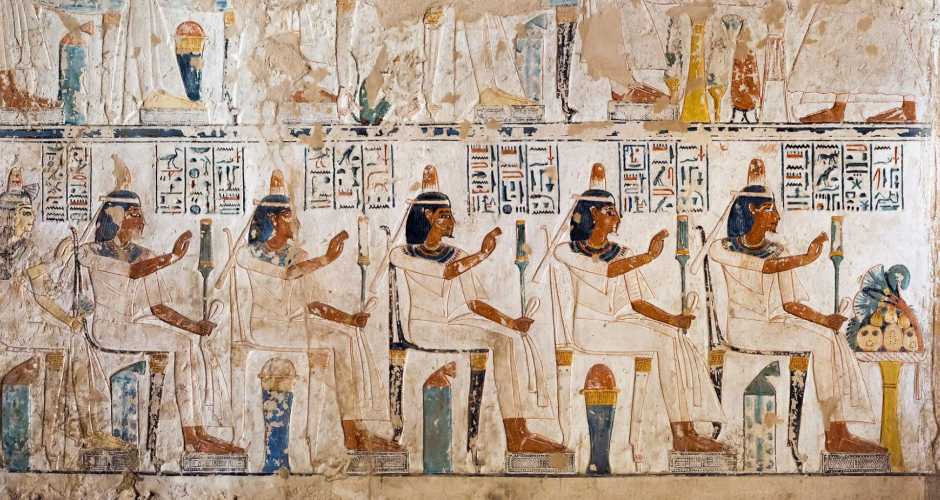 Amenemopet was “Chief Steward of Amun in the Southern City”, (Thebes) during the 19th Dynasty. His tomb includes the texts of many hymns in addition to the customary prayers and addresses to the gods, and is of theological significance. Unfortunately the scenes in this tomb, despite modern restoration, remain hard to see and appreciate. Its unprepossessing appearance suggests it was long abandoned. 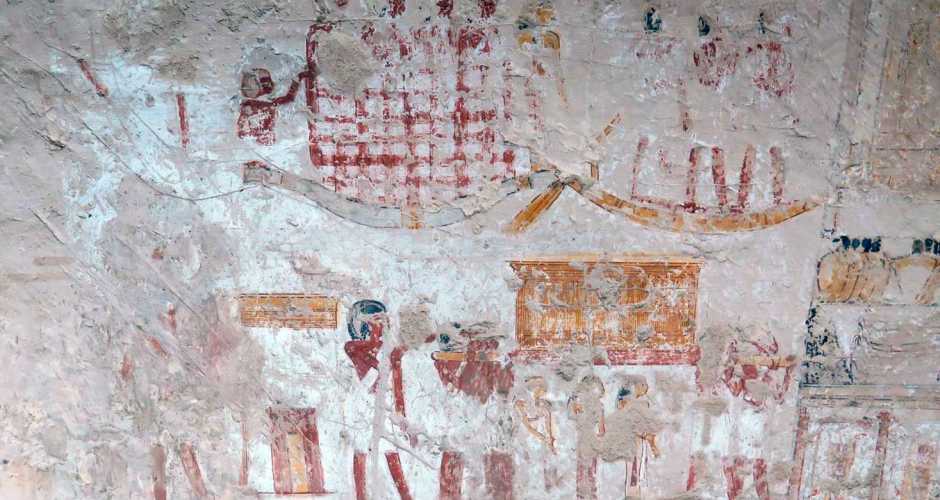 Tombs TT177 and TT176 are presented together despite the fact that their occupants, Amenemopet and Userthat, lived at least two centuries apart. TT177 is the smaller of the two, the decoration of which is in a severely damaged state. An opening in one of its walls gives access to TT176, which is slightly better preserved. 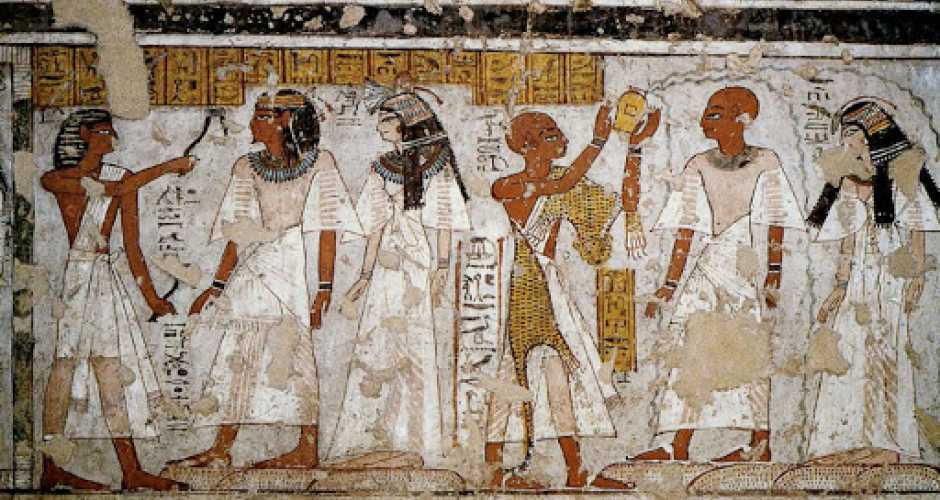 Intefiqer was a noble during the 12th Dynasty. Tomb TT60, made for his mother, or wife, Senet, is the only well-preserved tomb of the Middle Kingdom in Thebes. Although Intefiqer was one of the most widely known figures during the reign of Sesostris I, his image has often been erased, for reasons still unknown. 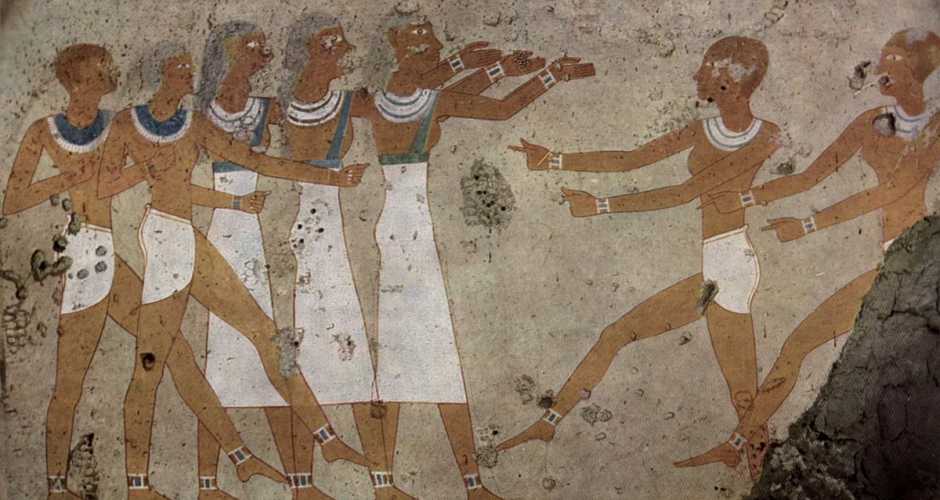 Benia, an Asiatic, perhaps Hebrew, was a member of the middle class, and supervisor of construction work in the pharaonic administration. As such he also bore an Egyptian name: Pa-heqa-men. As a foreigner in Egypt, Benia sought to stay within the boundaries of “normal” Egyptian tomb painting: his chapel lacks any innovative or fanciful features. He choose to depict only what others had done before him. 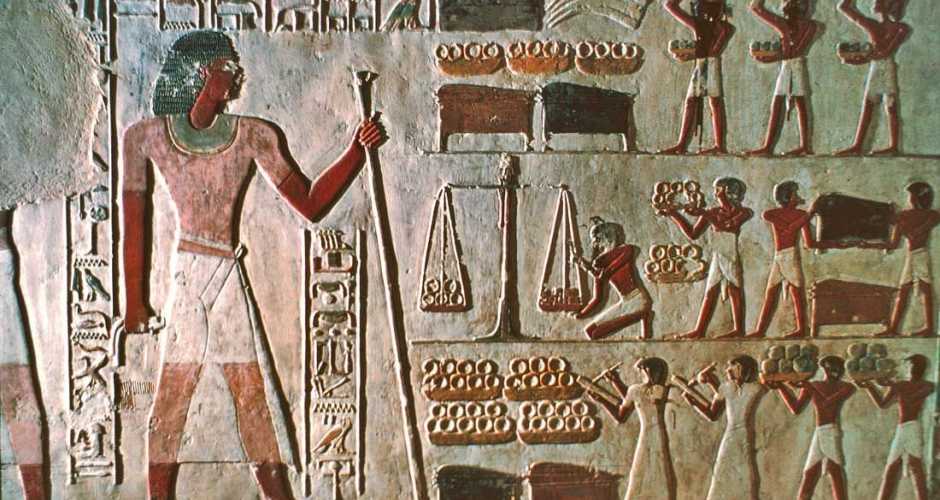 Djehutymes, also called Paroy, was known by such titles as “Controller of secrets within the Chest of Anubis”, “Sem-priest in the Place of Embalmment”, “Embalmer” and “scribe”. Where the decoration has survived in his small tomb the colours remain vivid. In particular the costly colour blue, which has been extensively used here, is well preserved. The ceiling is especially remarkable. 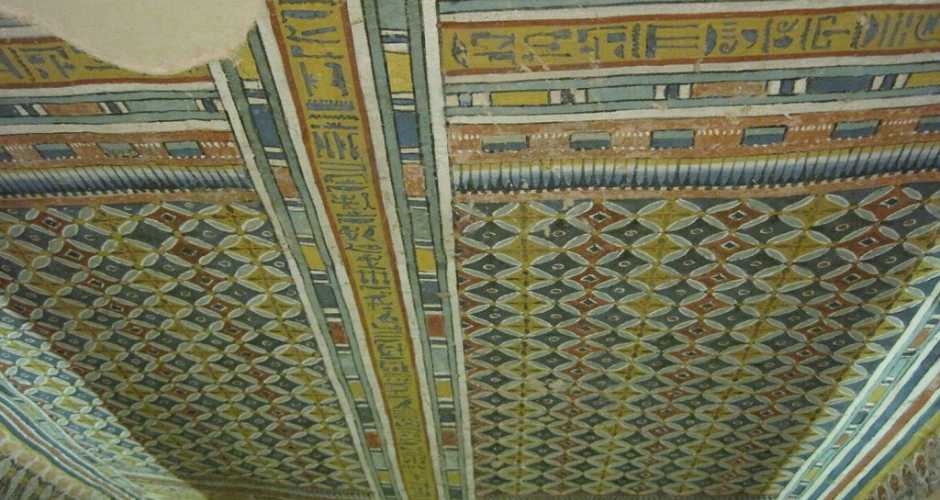 Tomb TT45 was originally made during the reign of Amenhotep II, for Djehuty, an overseer of weavers of linen in the temple of Amun. The tomb, however, was taken over some two hundred years later by a distant colleague named Djehutyemheb, who nevertheless respected the memory of his predecessor. 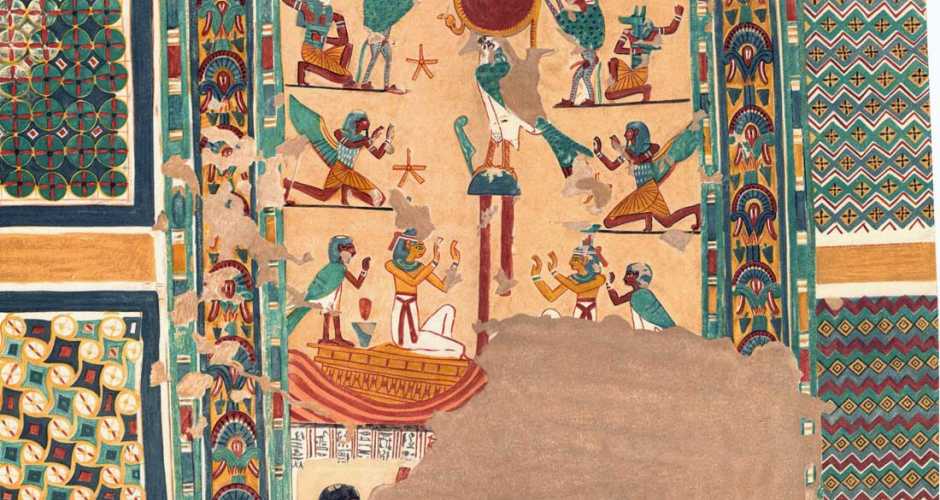 Djeserkareseneb, as Recorder of Grain of Amun and steward of the second prophet of Amun, was a middle-ranking official. His unfinished tomb, TT38, includes quality scenes such as are found at the transition between the reigns of Thutmose IV and Amenhotep III. 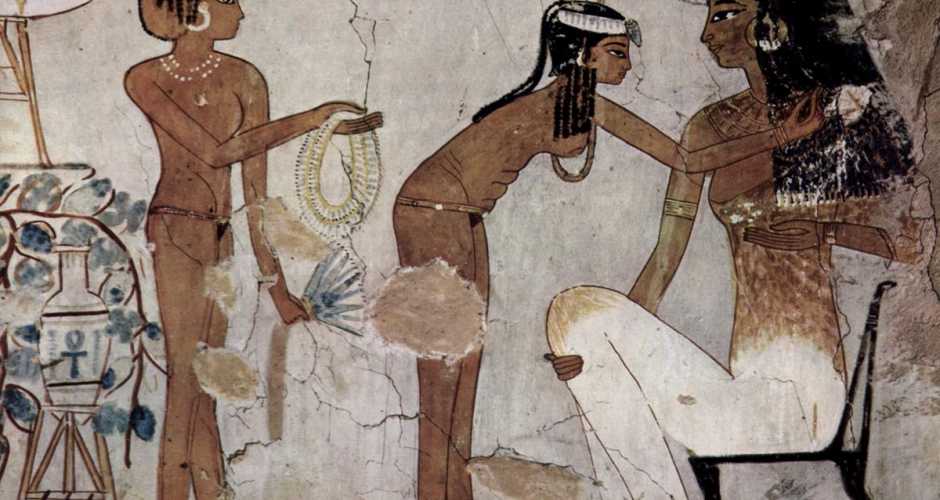 The tomb of Amenhotep-Huy, is one of the few datable to the reign of Tutankhamun, and a major source for understanding the functions of a Viceroy: the scenes showing presentation of the tribute to the sovereign are exceptional. Also interesting is the mixture between ‘classic’ elements and others that recall the Amarna period. 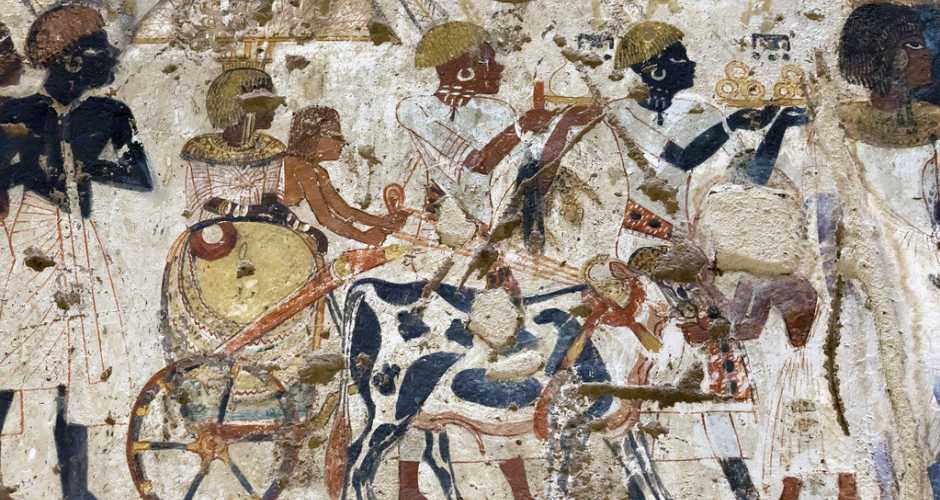