The Golden Fortress(Qaser Al Sagha) is an unusual  Middle kingdom, The building situated North of the lake, The temple is constructed of limestone. The Function of this unusual temple is unclear. Hidden in the desert in the north of Lake Qaroun, and in fact blending into the hills behind it, the temple was lost years ago and discovered by the archaeologist Schweinfurth in 1884.The rectangular temple is built of huge blocks of local sandstone in unequal sizes fitted together obliquely. The entrance to the south, topped by a large lintel, heads into a large passage opening onto seven roofed shrines in the northern wall. Off the central passage to the east, a small corridor leads to a chamber the width of the temple, while on the western side are two small communicating rooms. There is a narrow passage in the southern wall on the east side which is entered through the façade. Caton – Thompson an archaeologist found a predominantly middle kingdom cemetery and a small settlement stone tools which referred that the temple must have been built in the middle kingdom 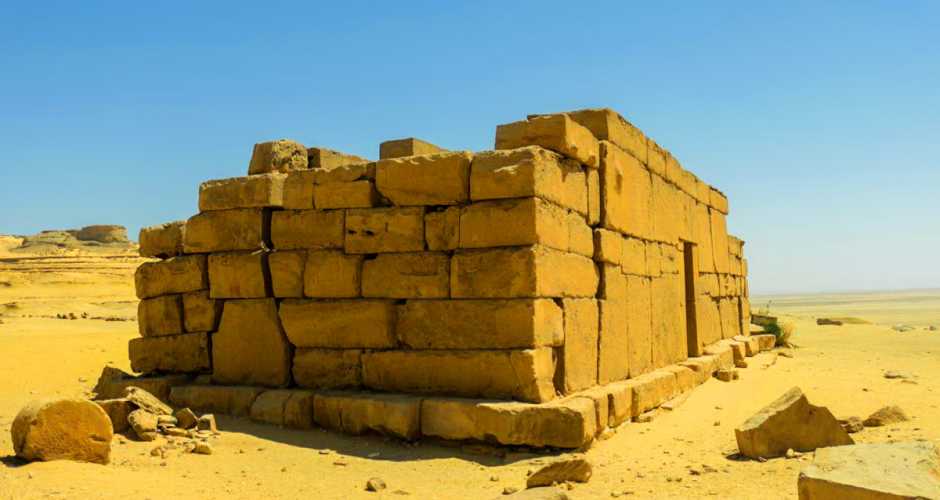