Pompey’s Pillar & the Temple of Serapeum

A massive 30m column looms over the debris of the glorious ancient settlement of Rhakotis, the original township from which Alexandria grew. Known as Pompey’s Pillar, for centuries the column, hewn from red Aswan granite, has been one of the city’s prime sights: a single, tapered shaft, 2.7m at its base and capped by a fine Corinthian capital. The column rises out of the sparse ruins of the Temple of Serapeum, a magnificent structure that stood here in ancient times. 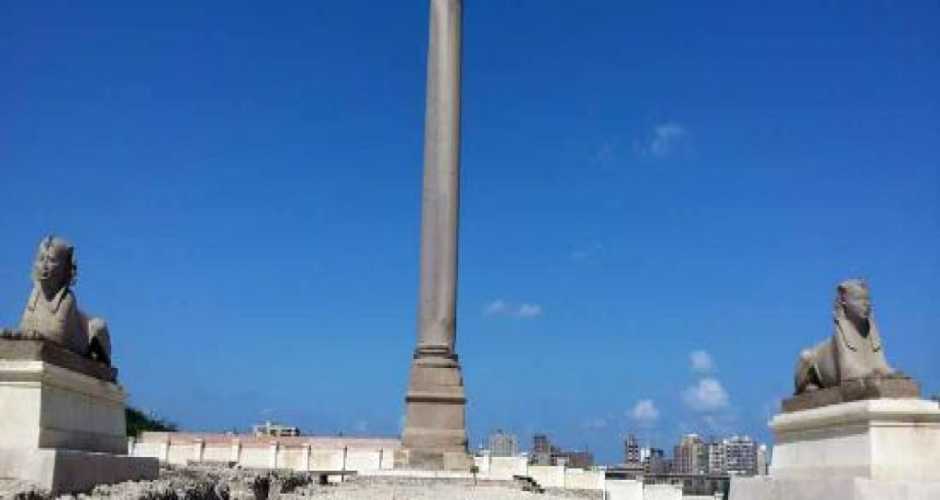 The column was named by travellers who remembered the murder of the Roman general Pompey by Cleopatra’s brother, but an inscription on the base (presumably once covered with rubble) announces that it was erected in AD 291 to support a statue of the emperor Diocletian. 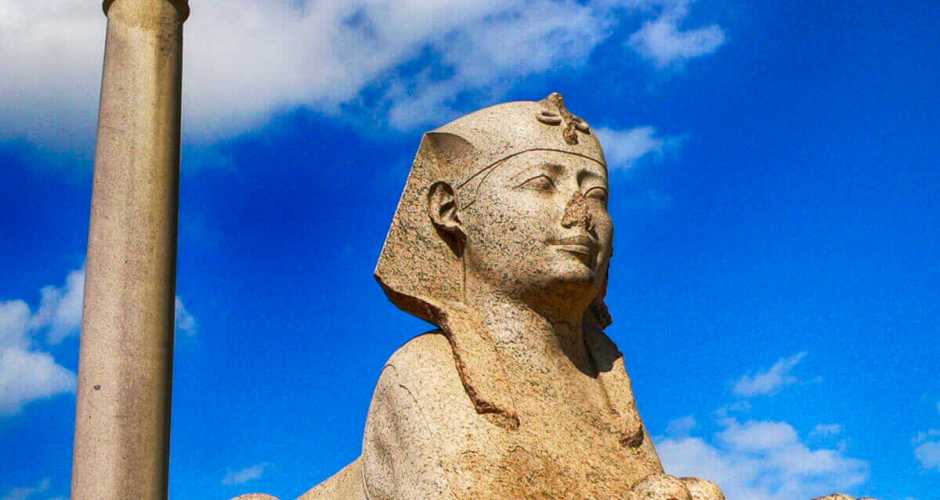 Underneath the column, steps lead downward to the ruins of the great temple of Serapis, the hybrid Greek and Egyptian god of Alexandria. Also here was the ‘daughter library’ of the Great Library of Alexandria, which was said to have contained copies and overflow of texts. These scrolls could be consulted by anyone using the temple, making it one of the most important intellectual and religious centres in the Mediterranean. 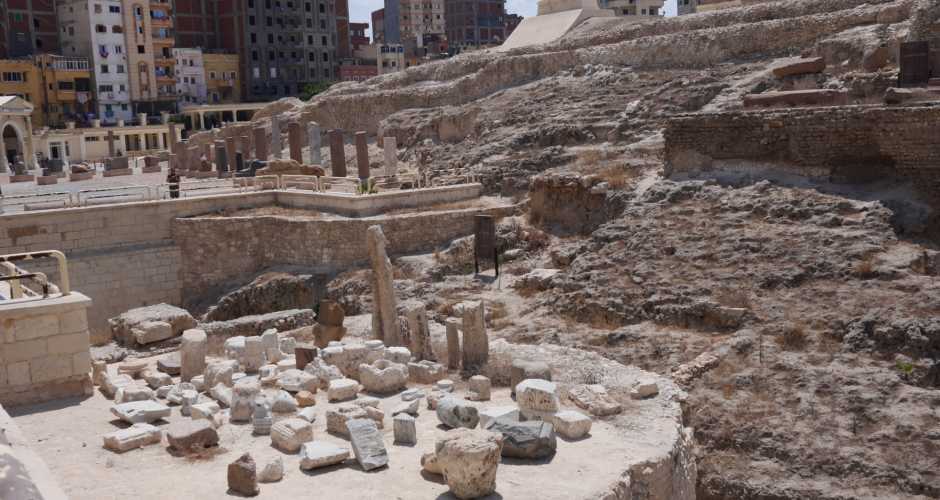 The temple was attacked during the Jewish Revolt in AD 115–117, but it was the Christians who launched a final assault on pagan intellectuals in AD 391 and destroyed the Serapeum and its library, leaving just the lonely pillar standing. The site is now very forlorn, little more than rubble pocked by trenches and holes, with a couple of narrow shafts from the Serapeum to explore below, a few sphinxes (originally from Heliopolis) and a surviving Nilometer (a structure used to measure and record the level of the Nile in ancient times). The pillar on top is the only ancient monument remaining whole and standing in Alexandria today. The guards can be slightly pushy here. 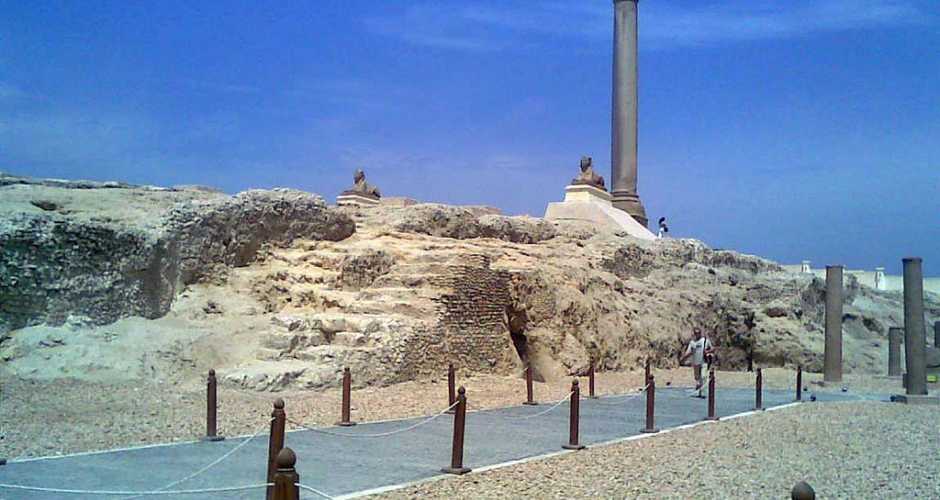