Kom Al Dikka was an affluent residential area in the Greco-Roman era, with beautiful villas, public baths and a theater. The area was known at the time as Pan Park, a pleasure garden where the citizens of Alexandria could indulge in various lazy activities. Although the ruins are not terribly impressive in scale, they remain a superbly preserved ode to the time of the centurion and include the 13 white marble terraces of the only Roman amphitheater found in Egypt. 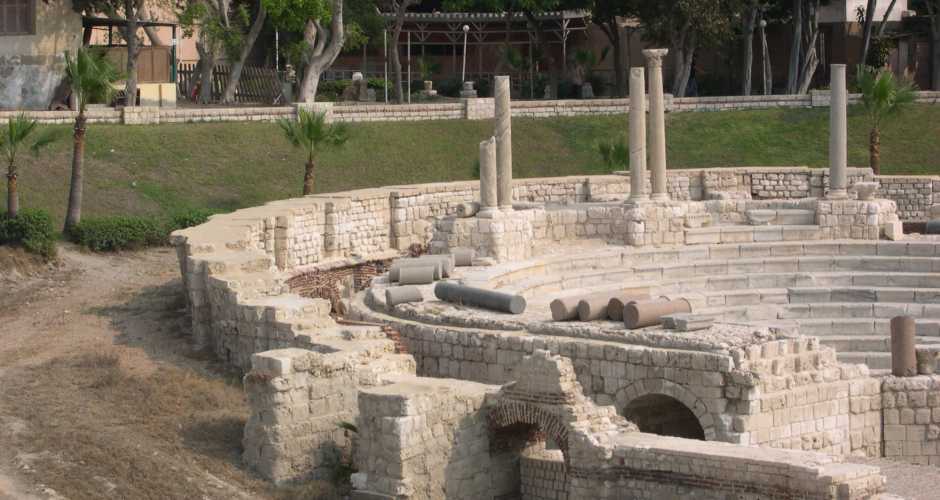 This site was discovered in 1967 when foundations were being laid for an apartment building on a site known unceremoniously as Kom Al Dikka – 'Mound of Rubble'. In the same complex is the Villa of the Birds, a wealthy urban dwelling dating to the time of Hadrian (AD 117–138). Despite being redecorated at least four times in antiquity before being destroyed by fire in the 3rd century AD, its floor mosaic of pigeons, peacocks, quails, parrots and water hens remains astonishingly well preserved. Additional mosaics feature a panther and a stylised flower design known as a rosette. 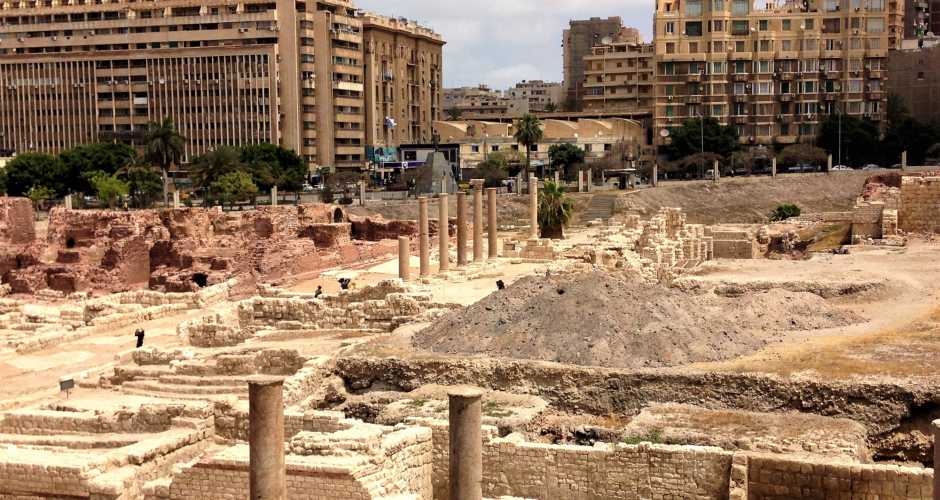 The ruins of Kom el – Dikka offer visitors a glimpse of an ancient Roman cityscape complete with theater, public baths, houses, and palatial villas. What was once a Roman town found itself neglected and largely forgotten, only to be rediscovered and excavated in 1960. Over the past half century, discoveries continue to be made on this site, including a series of lecture halls. The Roman Theater The main monument on the site is the remains of a small Roman theater. It features thirteen rows of seats arranged in a simple U – shaped configuration. 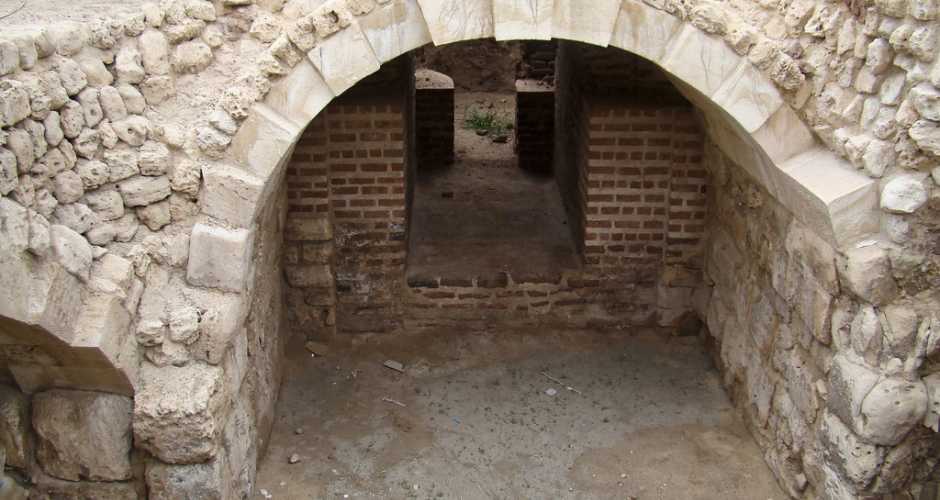 The primary structure consists of a red brick base , which at one time was covered with thick white marble stadium – style seats to accommodate what was probably a select and cultured audience. The most recent archaeology suggests that the theater floor and inner walls were decorated with a dazzling series of colorful mosaics arranged in a variety of geometric patterns. Although commonly referred to as a Roman theater, current archaeological and architectural theories suggests that this site was more often used as a venue for musical performances and concerts. The acoustics of the site, including the air flow and the dome which probably once covered the stage and seats alike, suggest a meticulous effort at engineering for maximum acoustic quality. Following Kom el – Dikka’s original construction as a theater in about the third century CE, an earthquake severely damaged the site in 535 CE during the Byzantine period. 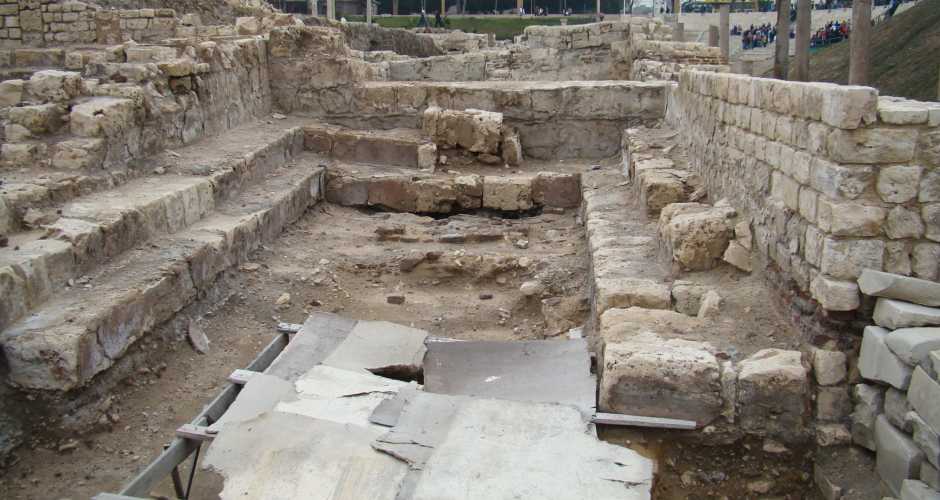 In the second phase, the theater was probably used as a hall in which politicians could meet and discuss the policies and practices of the state. During the Islamic period , layers upon layers of graves covered the site which had once teemed with life, and the original structures were largely forgotten. Lecture Halls Along the portico leading north from the Roman theater, there are several lecture halls that would indicate the presence of a large teaching institution in the sixth century. The halls are 5.5 by 11 meters in size, with three rows of benches, and have a semicircular wall with a stepped podium at the farthest end from the door. The unique Alexandrian design of these halls with their stone benches indicates that they may have been used as classrooms. Therefore, it has been suggested that the so – called Roman theater may actually have been used for holding meetings and symposiums in this Byzantine academy. 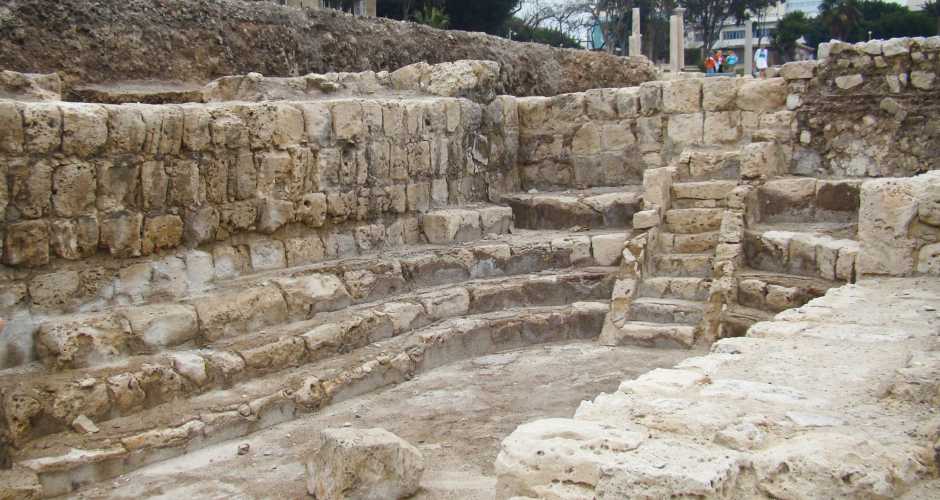 The Roman Baths Nearby, to the north of the Roman theater, are the remains of a once elaborate public bath. Probably dating from the fourth century CE, this site remained in continuous use till the seventh century. Resembling traditional Roman baths in design, the original structure was made from red bricks ideal for retaining heat and had a row of rooms. In its initial design the baths housed pools of hot and cold water . Following the renovation in 535 CE, furnaces were used to create steam rooms as well as sections featuring both hot and cold baths. The Cistern The water supply for the baths came from a cistern to the south of the primary structure, which in turn was supplied with fresh water via a complex and innovative network of aqueducts below. II. The Residential Complex The majority of the complex at Kom el – Dikka was residential. During the first and second century BCE, this site was home to opulent villas and homes for the wealthiest citizens of Alexandria . Over the centuries, the density of this residential area increased and the quality and cost of housing decreased. By the Roman era, the site was filled with small houses and workshops. 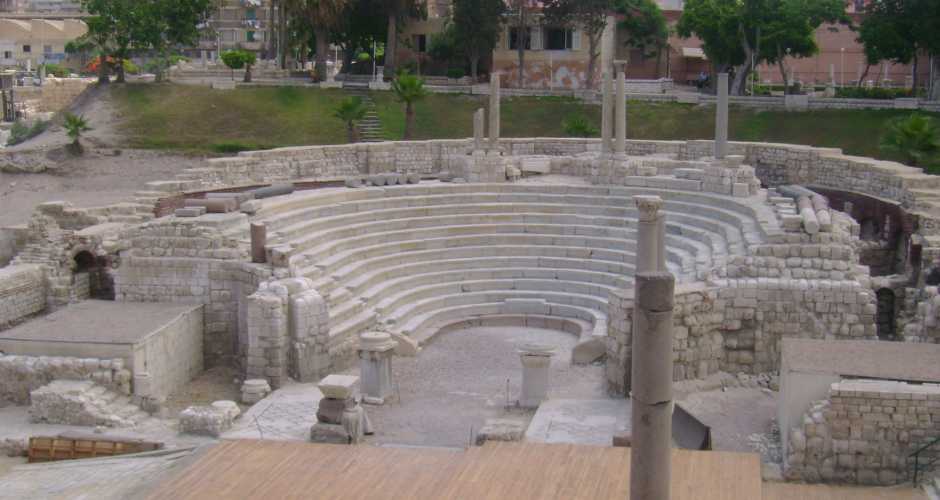